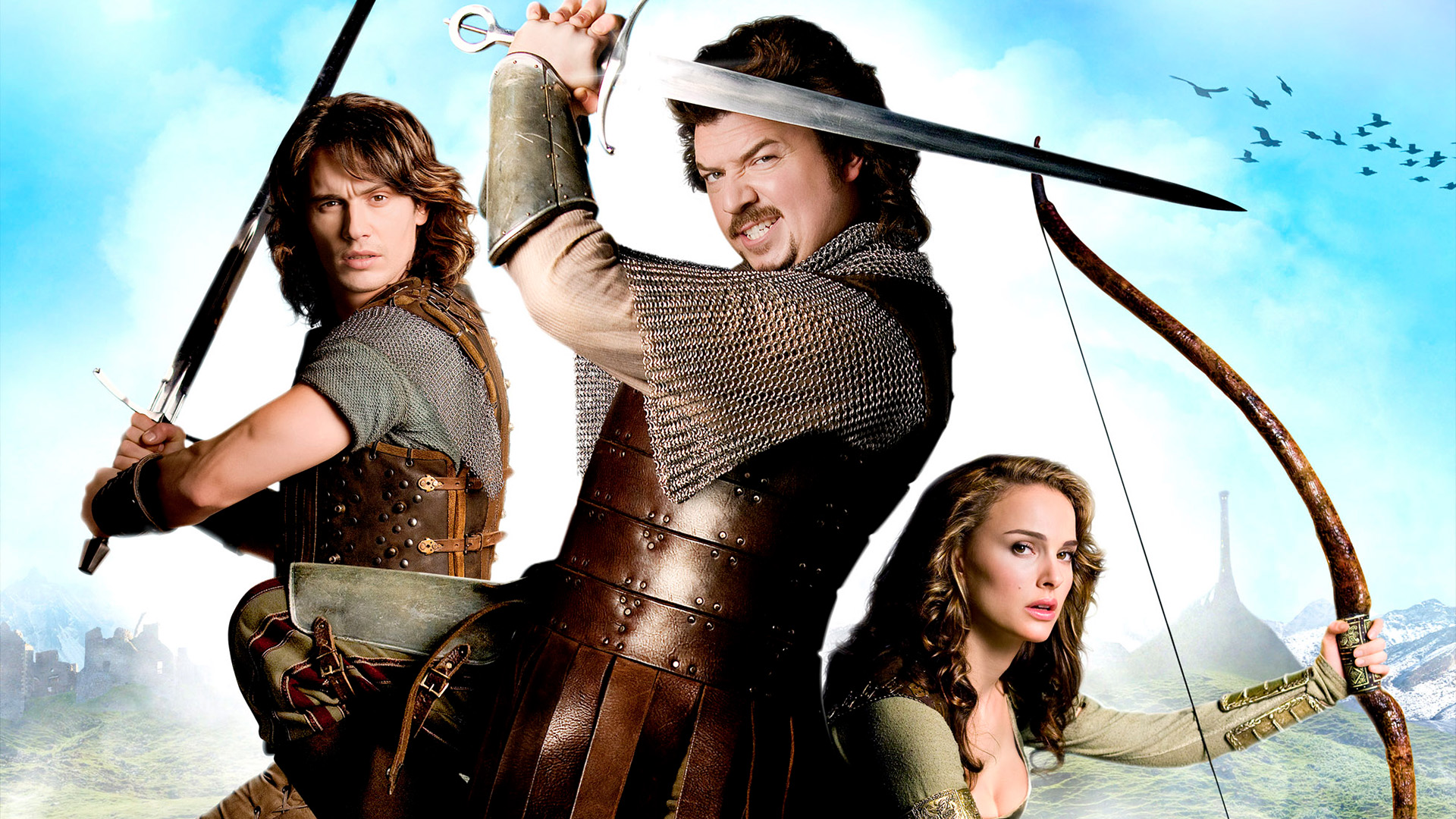 News flash; Danny McBride isn’t funny.  Of the “ganja gang” of comedians like Franco, Rogen, Jay Baruchel, Jonah Hill, Evan Goldberg, Judd Apatow, etc, he’s the least funny by a mile, and his entire persona just weirds me out.  He’s cocky, icky, a bad actor, seems too old to be in the group, and simply doesn’t create laughs like his contemporaries; he’s just not at their level.  To make a ridiculous fantasy spoof with McBride carrying the entire plot & comedy on his back was an absolutely terrible idea, a story he wrote himself, and a movie that should be removed from shelves immediately before it causes further taste level harm.

Thadeous is the lesser son of a mighty kingdom, his brother Fabious taking all the glory and all their father’s love.  Thadeous doesn’t quest, he just dicks around; no one likes him and, really, he doesn’t like himself much either.  But when Fab’s bride is stolen from his wedding by an evil warlock, Thad will have to step up, be brave, and help a brother out, proving that he has more to offer than quippy comebacks.  Along the way he’ll meet the lovely Isabel, but she’d rather kick his ass then give him the time of day, which is the story of his life.  Thad will find out what he’s made of or die trying; the latter is probably more likely.

For a movie called Your Highness and following Pineapple Express, there was almost nothing to do with pot here, which is both shocking and stupid; I normally don’t care for films about drugs, but I think this one could have done with some high humor, and being stoned is probably the only way any of us were going to enjoy it.  Calling it stupid would be an insult to stupid things; Your Highness is beyond dumb.  It’s just not funny, in any way, like at all, and wasn’t humor the whole point?  Danny McBride making penis jokes for 100 minutes is something that can only be stomached if there is something else to go along with it, like massive laughs, great acting, a cool story, something.  Instead, this film is a giant reason not to watch, a waste of time if ever there was one.