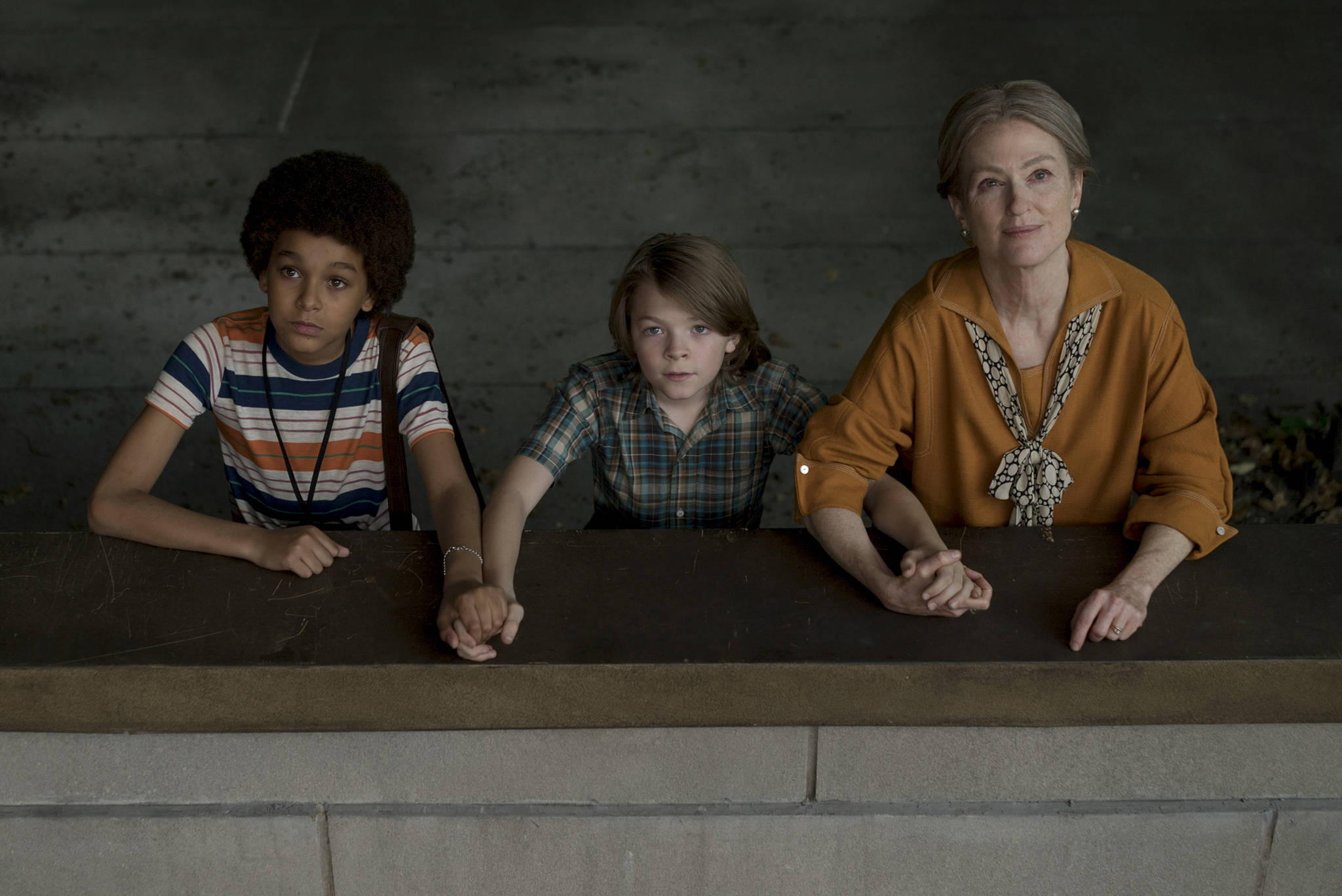 Todd Haynes holds the opposite opinion of Julianne Moore as I do, working often with the veteran actress without consulting me even once.  I’ve often said that she’s one of the worst professionals I have ever come across, and although she has redeemed herself in my eyes as her career has aged, she’ll never become one of my favorites.  Still Alice is something special, but other than that I just don’t like watching Moore any more than I have to, her style simply rubs me the wrong way.  Luckily, she’s only a small piece of Wonderstruck, but she’s important enough to be a distraction.  It’s funny though, because maybe she should get a prize, since what she was a distraction from was not only a bad movie but one of the worst of the entire year.

Ben’s father is a mystery, his mother recently died, he lives with his aunt, he has recurring nightmares about wolves, and to cap things off lighting strikes his house when he’s on the telephone, causing him to lose his hearing.  But just before that accident, Ben finds a clue to his father’s whereabouts, at least years ago, and he is determined to find him, this last hope of having some sort of a family.  In a parallel story fifty years earlier, a deaf girl lives a privileged but colorless life, devoid of anyone she can talk to.  Her mother is an actress who doesn’t have time for her, her father is a businessman with the same problem, and so she leaves home to travel to a local museum.  Ben also finds himself there, and their destinies intertwine as we learn more & more about why they are who they are.

Haynes directed Carol, one of my favorite films, so I can’t write him off completely, but his other features are disasters.  Far from Heaven and I’m Not There are awful movies, or perhaps I’m on a completely different taste level than this man, because I don’t see his vision in the slightest.  I know this film is based on a book, but I can’t imagine how that might read, since the story here was so desperately dull and mind-numbing in its lack of anything to offer.  We follow deaf kids around a city in two different time periods, and I don’t want that to sound insensitive, I want you to know that they can’t hear and so often the audience can’t either.  It’s not a fun way to spend two hours, artistic intention or not, and, what’s more, each time the story changes if fails to improve.  I blame the kids, who were terrible, from first-timer Simmonds to Fegly from Pete’s Dragon, who I detested there as well.  Michelle Williams making a one-second cameo was weird, the film held a very negative A Monster Calls vibe, and literally everything was cringe-worthy from the first moment to the final credits.  I can’t imagine how anyone could enjoy Wonderstruck, and I warn you to keep far away.