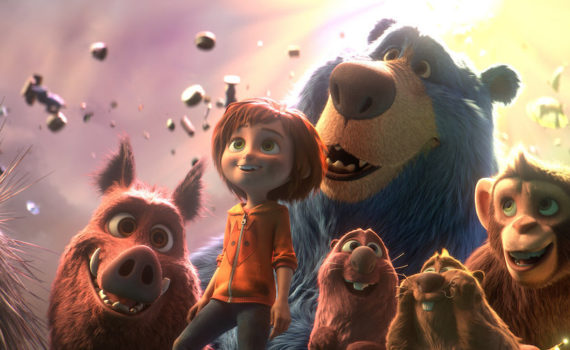 The minute I realized that Wonder Park was a Nickelodeon movie was when it all immediately made sense, like “Oh right, that’s why it wasn’t good.”  Nick barely makes movies at all, and they’re mostly based on TV shows, so it’s no wonder its foray into unknown territory was both a copy off of what has worked for other studios and a failure to craft something moderately watchable.  Wonder Park isn’t terrible, it’s fun for the kids in your family, the animation is cool, but that’s about it, that’s where the positives end, and adults will NOT be happy that they came along for this ride.  It’s mostly off the rails thematically and phoned in performance-wise, which is a terrible combination, and reason enough to just not mention it to your children, in case they want to put you through it.

June is a very special, imaginative, creative, STEM-y little girl, and her parents just adore that about her.  They encourage her building, her tinkering, her make believe, even going so far as to let her build a miniature amusement park all throughout their home, which is very cool (and very unrealistic).  But June’s creativity comes to a screeching halt when her mom gets sick, and the park is packed up in boxes, along with all June’s favorite stuffies, animals she’s always considered to be much more than toys.  Putting all that behind her, June heads to Math Camp, but accidentally stumbles upon a real version of what she’s been imagining all this time on the way.  Apparently she dreamed the kooky carnival into existence, but it’s now falling into decay, as a Darkness threatens to pull it apart piece by piece.  Can June save the park?  Can she find the fervor once more?  And, more importantly, can she remember what it’s like to be happy?

If this plot sounds at all like Inside Out then, bingo, you realized the movie that they copied, and it wasn’t very circumspect.  You’ve got the special girl, she’s feeling sad and shutting down, so her imaginary place is shutting down one section at a time, and she’s gotta realize it’s OK to feel, even when those feelings are scary, so she can save herself (and her funny characters) from complete obliteration.  It’s a pretty straight forward steal, so bad on Nickelodeon, but really, did you expect great things from that company?  They couldn’t produce much more than a cool-looking set here, with some good graphics and some cute moments, but nothing worth writing home about.  I liked the beginning, and the end was pleasant too, but all the middle sucked; I think I blame the actors.  Their voice overs were horrible, so bad, like they cared not at all, and god were they all unfunny to the max: Mila Kunis, Jennifer Garner, Matthew Broderick, Ken Hudson Campbell, Kenan Thompson, Ken Jeong, John Oliver.  That was the worst part, when they spoke, but when they didn’t speak the action was extremely overstimulating and nonsensical, so lose/lose.  The only way you can win is to not watch; put it on for the kids some night, let them enjoy it, because they should, but leave the rest of us out of it.