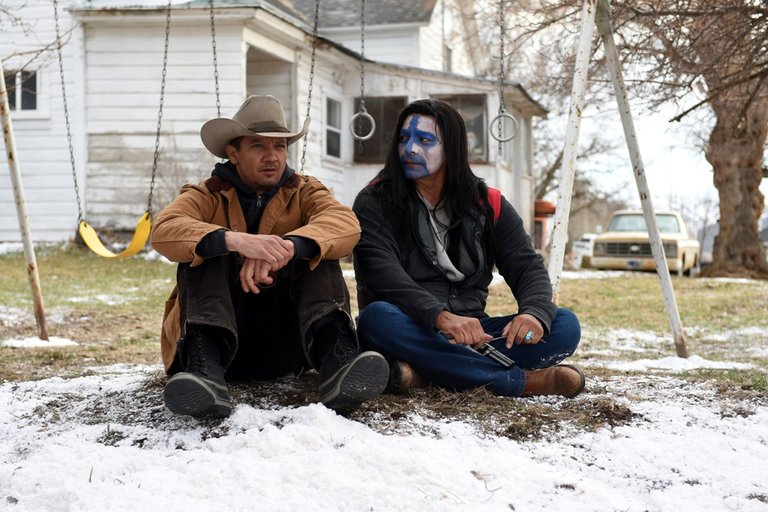 Taylor Sheridan is, at this moment, one of the best screenwriters in Hollywood, with three smash successes in a row: Sicario, Hell or High Water, Wind River.  But in his latest project, he takes on the director’s role as well, something he has only tried once years ago to get his feet wet.  No Villeneuve or Mackenzie this time to mold his script into a fine film, the movie rests squarely on his shoulders.  As an amateur, the usual course of action is to borrow heavily from another film, stick to a very simply story, or hire amazing, veterans actors to cover up any stumbles you might have along the way.  Sheridan didn’t really do any of those, taking a huge chance instead and banking on his own talent to see him through.  The result is middling.

It takes hard people to live in the mountains of Wyoming, hard people who are used to the constant struggle between life and death.  Cory Lambert knows all about that; he is a hunter and tracker for Fish & Wildlife, killing predators who prey upon the local ranchers’ livestock.  He can follow a mountain lion anywhere, and he can follow a man as well, a skill that is about to come in handy.  Cory comes upon the body of a young girl, someone he knew, and the FBI is called in to investigate this murder on the Wind River Indian Reservation.  The agent’s name is Jane Banner, she’s in over her head, but with Cory’s help the pair might have a chance of solving the case.  But it’s no easy task upon the frigid northern landscape; prints fade, witnesses stay silent, and death waits around every corner.

There is a bit of Sicario crime thriller in this film, a bit of Hell or High Water neo-Western violence as well, but Wind River also delivers some original content, touching on the abduction of women, the depression affecting Native Americans, and the evil within the hearts of men.  It’s actually a tougher movie to witness than I had expected, with blood and rape and a cruel sadness that’s hard to swallow.  All of that Sheridan did right, even layering in a backstory to help us understand Cory’s personality and why he needs to find this girl’s killer.  But that’s also where the problems start.  The dialogue is too heavy, Renner given far too many long speeches that don’t suit his character or his talent level.  Olsen holds her own, but she’s also not an amazing actor, isn’t capable of shouldering a heavy load.  Sheridan’s inexperience shows, he gives too much of the lead to his leads, he doesn’t know exactly how to rein things in when they need a good yank, and ultimately his movie waxes and wanes between good and problematic far too often.  There are some great moments, you get a peak of starlight every once in a while, but Wind River can’t compare to Hell or High Water, and so it left me with a slight taste of disappointment.