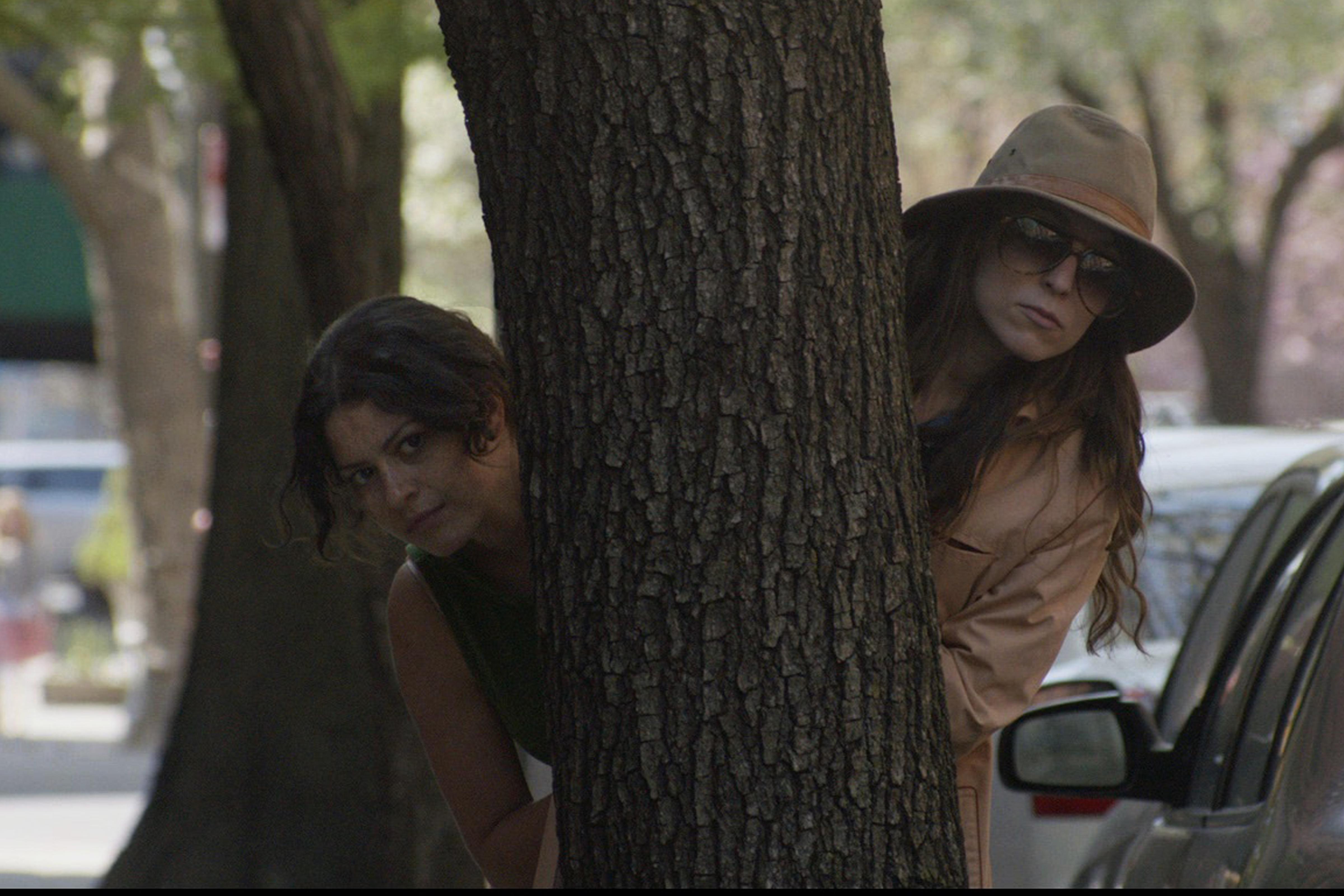 If Anna Kendrick were an indie star, her name would be Sophia Takal.  The pair look alike, have some of the same mannerisms, and are only separated by a few hundred million dollars.  Perhaps that’s where Takal would like to go with her career, to super-stardom with Kendrick.  Or perhaps not, perhaps she wants to be a director/producer/indieactress, who knows.  Anna Kendrick sure didn’t start at the top; people forget that she was a side character in the Twilight movies.  That’s right, she played second fiddle to Kristen Stewart, the wet rag of Hollywood.  Anyway, I digress.  If you’d like to see an Anne Kendrick look-alike lead a quirky cast in a crime caper throwback with an indie twist, look no further.

This is a movie about characters, so here’s the rundown.  Barri is an unemployed New Yorker who lives with her boyfriend and is trying to turn a big idea into an actual moneymaker.  Noah is her beau, he owns a small company that deal with film directors.  Eleanor is his ex-girlfriend & business partner, a current lesbian who might still love Noah.  Jean is the couple’s roommate, also a lesbian, often annoying Noah, maybe loving Barry, highly attracted to Eleanor.  The action of the plot begins when Barri’s & Noah’s neighbor Sylvia dies, leaving her son Anthony to deal with her finances.  Damien, the owner of the building, intends to sell now that the last rent-controlled tenant is gone.  But was there foul play?  That’s what Barri is determined to find out, while Noah tries to stop her, Eleanor creates complicated theories, Jean attempts to help, Anthony acts suspicious, and Damien makes masks of the people he knows.  Odd?  You betcha.

As with most New York indie comedies, there’s a certain feel.  Woody Allen crafted it, others have duplicated it, and it’s always there, permeating the story and adding to the drama.  The apartments, the tenants, the city streets, the subways, the rooftops; and that’s just the background.  You also have the typical cast of characters, one that Allen would instantly relate to.  Levine does his best to direct & star in a film that pays homage to an old school style, and it mostly works.  The film is indie-meets-classic, a new take on an old premise.  The intrigue, the comedy, the fast pace, the ridiculous choices, the light mood despite the dark premise; it’s a film that’s easy to like.  The problem is that it’s not great.  It doesn’t shine on its own, doesn’t compel audiences to laugh out loud, and doesn’t move far beyond the good base that sets it up to succeed but doesn’t guarantee complete success.  Wild Canaries in a quick laugh, a nice throwback, but no more.