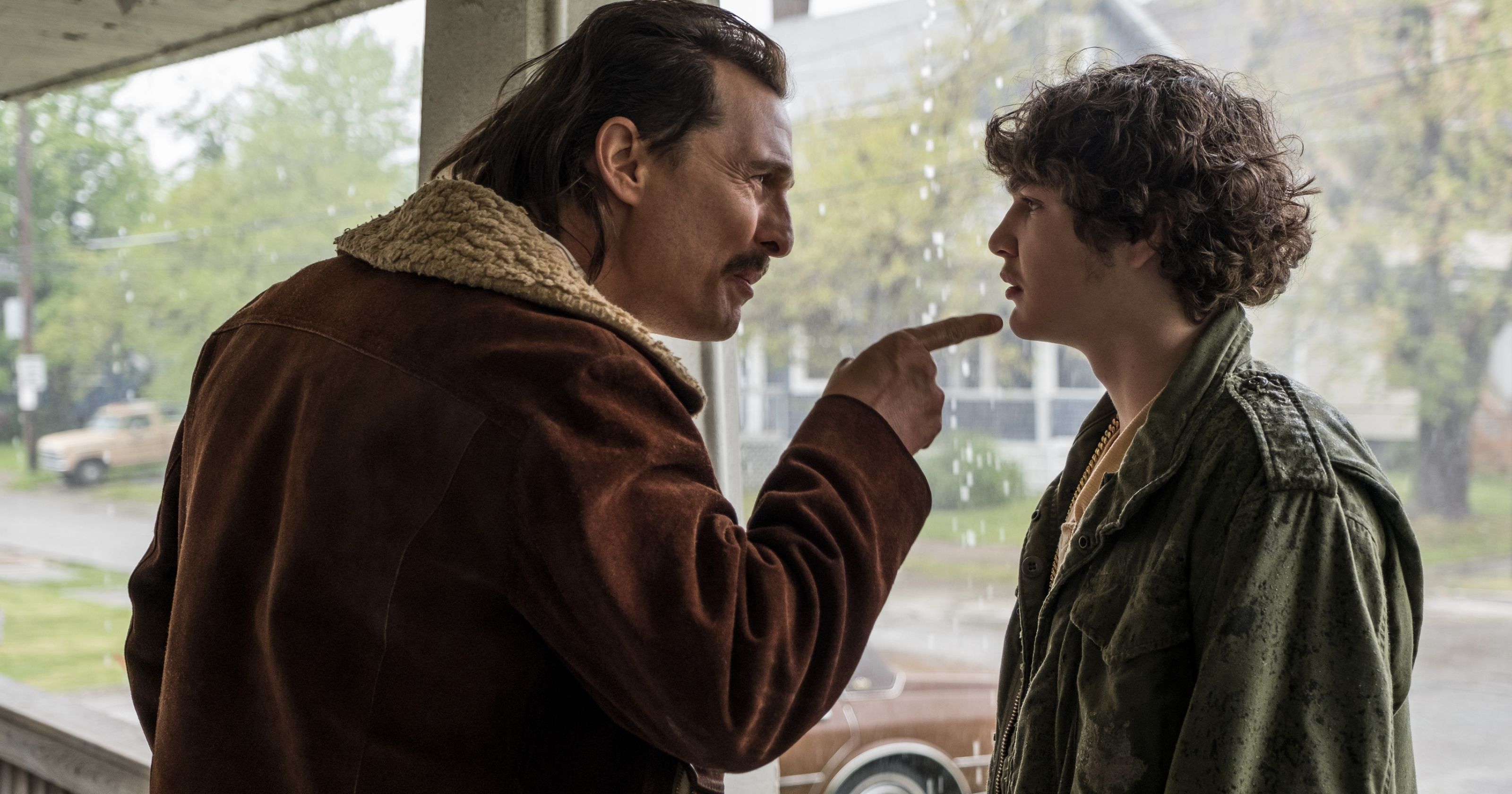 White Boy Rick is painfully mediocre, and anyone who says differently is selling something.  This is a true story, and it’s hard to believe, so that’s an immediate boon to the film, a plot that’s so outrageous it must be true.  Throw in Matthew McConaughey for good measure and you’ve got our attention, but our attention isn’t enough.  You need to get our approval as well, and that can’t be earned without some hard work and some real talent.  The story is there for the telling, but it lacks the punch needed to surprise us.  The setting is as desolate as you can imagine, but we need the action therein to be more than predictable.  And the outcome is far from terrible, but that’s not enough, audiences need more in order to go home happy and spread the word that this film is something special.  It isn’t, which is the heart of the issue, and, looking back, I don’t think it ever had the potential to be.

1980s Detroit wasn’t exactly a sparkling kingdom, and you did what you had to do to get by.  For Richard Wershe Sr. that meant buying overpriced weaponry at gun shows across state borders at discounted prices, and then selling them to drug dealers throughout the city who needed the protection.  He was good at his job, had a good eye, but of course what he was doing wasn’t exactly legal.  When he got in trouble with the Feds, his son Rick Jr. stepped in to help, being all of fifteen years old.  Rick bought drugs for the cops so that they could pinpoint the dealers, and he was allowed to sell drugs for his own profit as a way to cover up his narc-centric activities.  When he became an underground kingpin known as White Boy Rick, the FBI also descended upon him, their old friend, with the same mercy they showed to all the drug dealers in the decade of the crack down; none. The only other film directed by Yann Damange is ’71, another gritty drama attempting to unfold a morality tale with a young man as the lead.  So he hasn’t had much experience, and I think it shows early and often.  It’s clear what type of movie he’s attempting to create from a screenplay crafted by three writers and based on real events, but it’s not quite as clear where he ever thought he was going, or how he planned to get there.  More accurately, audiences never know where they’re headed or what the ride is going to be like, which is fine for thrillers, but works less effectively with this type of period drama.  The plot meanders and views unfocused, like there were either too many cooks in the kitchen or not enough talented minds bent on the final result.  The run time feels much longer than it really was, and by the end I was ready to leave, not hooked into wanting more.

Even the moral of the film, the whole pivotal point, wasn’t strongly touched on until the very end, like the meat of the movie didn’t matter, only the last sip of wine at the end was supposed to deliver anything other than tasteless mediocrity.  The message was clear and it resonated, I simply wish it had been more in focus earlier on, or that all the steps leading to the final destination had been better polished.  A lot of the blame lays at Richie Merritt’s feet; he’s a first-time actor, that’s a strategy I guess, but the only thing that worked for him was his accent, he just couldn’t keep up when called upon to actually act.  Matthew McConaughey could, he was brilliant, and was the film’s star if you look at it from a certain angle.  He was definitely the strongest actor, carried many scenes, stole more, and is perhaps the only reason the movie worked at all.  Missed opportunities and a lack of vision marred White Boy Rick, while a solid true story and one great performance smoothed the flaws over, the resulting combination being a feature that services but never had the chance to shine.