Movie Review – Where the Truth Lies 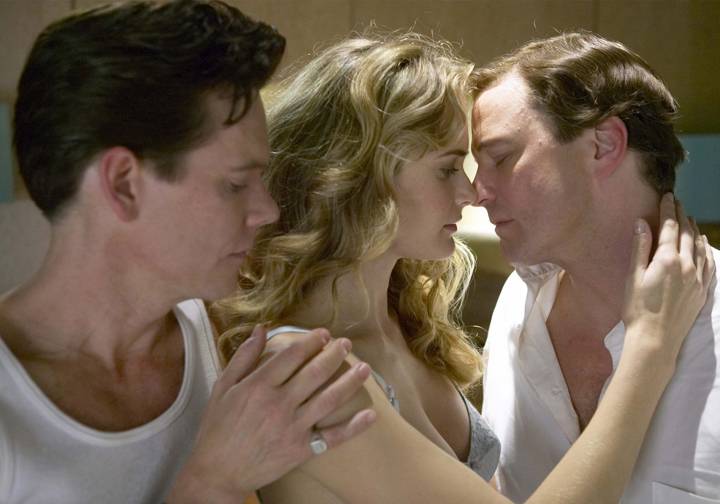 Movie Review – Where the Truth Lies

Noir is a tricky genre at the best of times, and seldom works the way that directors think it will in their minds.  Very few can get it just right, can do it in a way that’s not cheesy and stupid and completely out of date & touch.  I regret to inform you that Atom Egoyan is not one of these magical filmmakers who can bend the style to his will; on the contrary, this movie ate him up.  It’s a nonsensical emotional roller coaster from start to finish, with “twists” & turns and sex & murder galore, but without any real substance at all.  Where the Truth Lies is a film better left dead.

As a child with polio, Karen met two giant entertainment stars in the duo of Lanny & Vince, a pair of men who complimented each other perfectly and who America loved.  Now grown, she is set to write the definitive work on their legendary career, but she can’t help focus on one troubling detail; a girl named Maureen who turned up dead in their joint hotel room in New Jersey, and whose mystery was never solved.  Delving deep into their sordid affairs and uncovering secrets that all thought were buried, Karen gets too close to the duo, so close that she might be in danger herself.

On the surface, and out of the gate, this movie might seem pretty cool.  Telethon personalities, big stars, super famous, they split up, down the road we meet them again, and we dive into the story of how a girl ended up dead in their room, with no one telling the truth about any of the events leading up to her demise.  You’d think it would be sexy & fun & mysterious, but you’d be wrong; the life seems to have been sucked out of this film, until all that’s left is a neo noir shell that was destined to crack & shatter.  The problem is mainly Lohman, who isn’t in the acting business any more, and there’s a reason for that; she’s absolutely horrendous.  Bacon & Firth do their best, but they are stuck in a stupid plot with terrible lines and mangled mystery, with voice overs that will drive you insane with their inane idiocy.  The end is bad, the middle is muddled, the lead can’t act; not great ingredients when you’re trying to pull off a very tricky genre anyway, one that the director simply wasn’t talented enough to handle and shouldn’t have been allowed to serve to us.