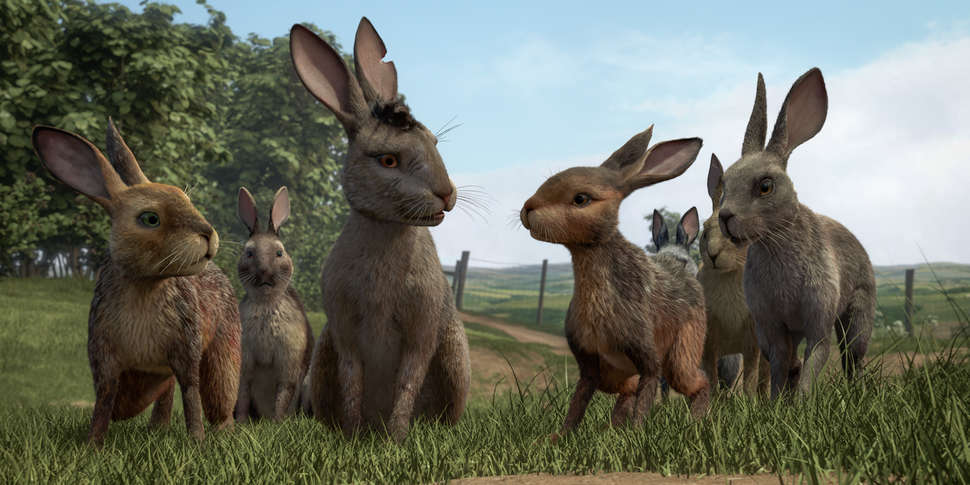 I want to start by saying how huge a fan of the book I am, how amazing I think it is, how it’s probably my third favorite novel of all time (behind Ishmael and The Hobbit).  I honestly don’t know anyone who loves this story more than I do, who has read it a dozen times, who forces it upon their kids, and who quotes it like it’s gospel.  Watership Down is that big a deal to me, but although I do believe that it is untouchable, I don’t mind attempted adaptations of it, as long as they acknowledge that they will never be as awesome as the original text.  The 1978 animated version with John Hurt is pretty widely known, there was a TV show for a while in the 90s, I’ve dreamed of writing a live-action screenplay based upon the plot; there are a lot of directions you could go, and I’d support them all, as long as, again, there was an understanding that the Adams book is legendary.  Netflix and the BBC teamed up to bring us this latest crack at Watership, and the result is mixed, with some great voices and some terrible animation that combine to form an original short-run miniseries that basically no one watched.

The Sandleford Warren is in danger, but only one rabbit knows that.  In southern England, in the summer, life seems bright for all creatures, especially for the rabbits of the warren, who eat and mate and burrow and frolic, always with an awareness of the danger that stalks them all around, but also with the understand that the moment is now, that life deserves living right now, even if the span of that life is destined to be short.  A small rabbit named Fiver, who sometimes has a sixth sense, warns his brother Hazel, a natural leader, that something worse than any of them can imagine is on the horizon, that the signs men have put up on the hillside spell their doom.  So the pair gather together as many rabbits as they can to leave the warren and start anew somewhere fresh, including Bigwig the fighter, Blackberry the thinker, Dandelion the runner, and many others.  They make their way through many dangers to Watership Down, a lovely place to build a new home, but their existence is soon threatened by another, much more aggressive warren called Efrafa, a place of military order, misery, and death.

The book works so well in part because Adams creates a group of animals that is somehow natural to their species and also partly human, relatable enough to us so that we can see pieces of ourselves in them, but still part of the natural world, and so unaffected by the unnecessary frivolities and concerns of lumbering, self-destructive mankind.  This miniseries, which is four episodes and basically watches as a long movie, fails to keep humans and rabbits separate, or perhaps fails to combine them as perfectly as Adams did, and so comes across as an anthropomorphized version that goes a touch too far.  Also, and this is more physical, the animation sucks.  The backdrops are beautiful, but the rabbits look like something I might have watched on an iMac in school in 1998.  Maybe they didn’t have the money for stunning graphics and motion-capture, but I w0uld have rather seen classic, hand-drawn cells, they would have carried so much more weight and would not have been as distracting.  The cast in pretty incredible, seemingly every talented British actor available: McAvoy, Hoult, Boyega, Ben Kingsley, Tim Wilkinson, Gemma Arterton, Olivia Colman, Mackenzie Crook, Taron Egerton, Daniel Kaluuya, Rory Kinnear, Rosamund Pike.  But somehow they all seemed to be phoning in their performances, to have one foot out the door, and the entire project never coalesced into something nearly as magical as the base story would have allowed it to be.