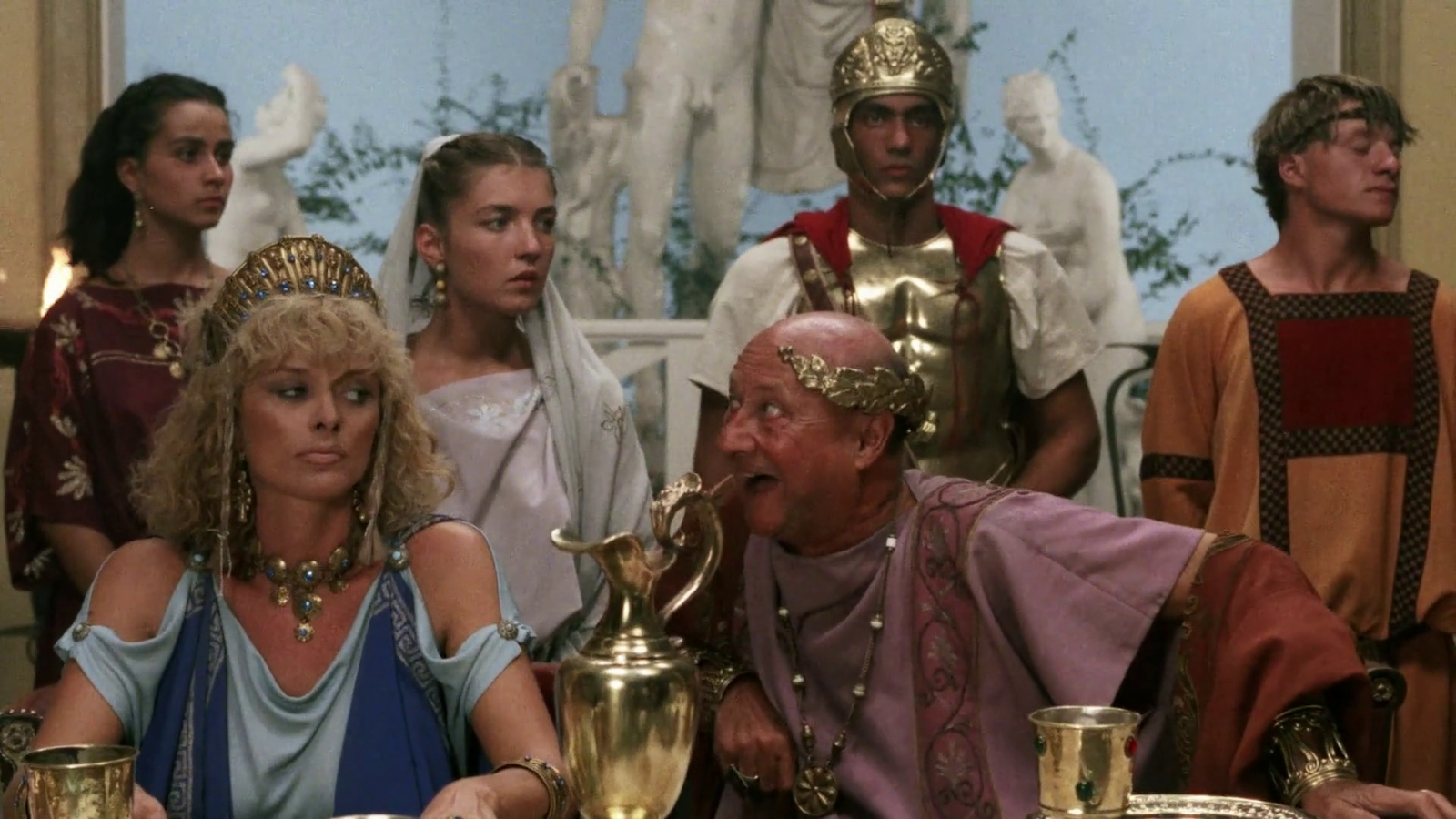 In my search for strange 80s fantasy flicks, I stumbled upon Warrior Queen, an action/adventure film in the vein of Barbarian Queen, Sorceress, Deathstalker, or any of that genre that sport the exact same movie poster: scantily-clad ladies, swords, heroes, mythical beasts, you know the drill.  But I was surprised to see that Warrior Queen was slightly different, slightly more professional, and ultimately less gratuitous & stupid.  It’s an interesting cinematic experiment, combining skin flicks with historical dramas, the result being a romp that’s less wild and more chaotic, less pathetic and more passionate, thoughtstill genre-specific and bad in all the good ways.

In Pompeii, right before the eruption, a mysterious queen arrives in the city, to be hosted by the royalty there, though she seems very distance in manner, and miles away in thought.  At the same time, a slave girl is purchased, a beautiful blonde named Vespa, who instantly falls for the famous warrior/gladiator/charioteer Marcus.  Their love is destined to fail, given the differences in their status, but with the strange queen around, anything is possible.  As the end draws near, the bonds of society begin to collapse, and slaves may earn their freedom in the inferno that is to follow.

I dig this style, this stupid, supposedly-sexy, overly-violent 80s fantasy ridiculousness, but I wouldn’t say that Warrior Queen falls into that category exactly.  There are slaves and boobs and stabbings, there is bad acting and worse writing and nonsensical content.  But it’s almost muted a bit, with less lines and less noise, with parallel stories that are almost interesting and an ending you almost enjoy.  It’s like 80s b-sexploitation but with a historical background, like someone actually tried, which is pretty refreshing.  Chanel is beautiful, Hill is brooding, Danning hardly says anything, and Pleasence plays the fool, so the cast is not too bad.  Really, it could have been much worse, and much more genre-oriented, so it’s surprising that Warrior Queen works as well as it does.