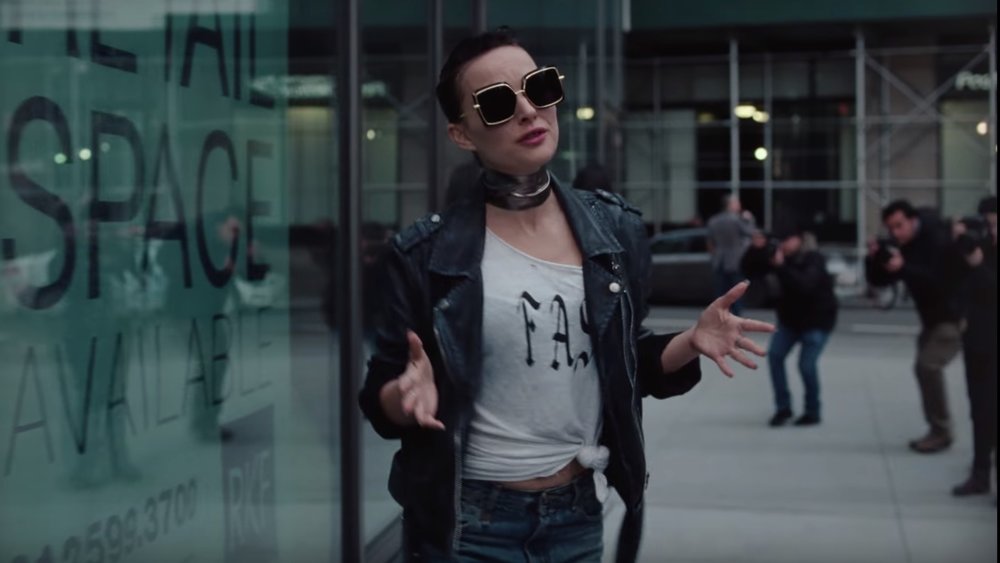 Not only is Vox Lux one of the weakest films of the 2018 slate, but it also forced me to sit through a Katy Perry concert at the end, and for that I will never forgive it.  This film combines the lasting trauma of violence with the power of pop music, but while that seems like an interesting idea in theory, the reality of its metamorphosis into something audiences have to physically watch is something else entirely.  Add to that director Brady Corbet’s amateur status and you’ve got a big mess on your hands, one that no one is volunteering to clean up.  I can’t even imagine the supporters of this film standing tall a couple years from now to defend its honor; they’re confusing sparkle with brilliance, and I can only assume that the spots before their eyes will clear in time, that some day they’ll recognize this movie for what it is; awful.

Celeste is a high school student from New York who witnesses and survives a terrible tragedy, one that unites a nation behind the unfortunate children who were the unwilling victims.  In order to put her fear into something coherent, Celeste and her sister Eleanor write and perform a touching song.  Surprisingly, this song launches Celeste’s career as a pop star, and she begins a path to superstardom that may have its bumps, but will ultimately lead to a level of fame that few ever achieve.  Fast forward eighteen years and Celeste has a teenager of her own, a daughter named Albertine who lives with Eleanor and never sees her own mother.  Another tragic event, strangely linked to Celeste, makes headlines the day of the first concert of her new tour, a comeback attempt after a series of crimes and embarrassments that will now be marred by this new violence, and will remind Celeste of her past in a manner that she’s simply not ready to face.

Vox Lux is Black Swan meets A Star is Born, with a little We Need to Talk About Kevin and The Killing of a Sacred Deer thrown in for good measure.  I hesitate to use the word “mess” or “messy” (which I already have once in the intro), because I read once that the term is overused and non-descriptive (and I agree), so I’ll have to think of another way, but honestly it’s hard.  That’s the most accurate description of the problems here; every piece is tangled with every other, and literally nothing goes right.  The narration, the time jump, the music, the actress playing two characters, the underlying theme with too much piled on top; it was choice upon choice that no talented filmmaker should have made.  The story is split in two in such a way that you never really meet the characters, that you finish with the feeling that things were just starting, that there must have been more because who would have made a movie about only this?  And then the concert happens, and I can only hope that everyone involved is making fun of pop divas, because that would at least be a saving grace, but I can’t be sure even that small sliver of hope is true.  Natalie Portman and Jude Law aren’t even in the movie long enough to be judged, Raffey Cassidy is in way over her head, and any message that was supposed to be delivered by the end was damaged beyond repair by the drivel in the middle.  A complete misstep and a confusing mismanagement; if Vox Lux is on your Top 20 list this year I can only assume you watched a different film by the same name.