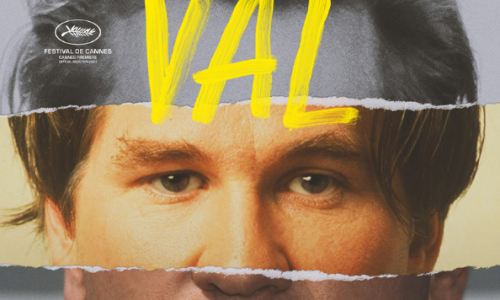 Val is the documentary of the year, an intensely sobering look at stardom and a figure who is larger than life.  It’s the saddest look at the happiest man you will ever see, a heartbreaking glimpse into the mind and soul of someone who sees the universe more clearly than most and is at peace.  The balance of our melancholy and his joy is what makes this film incredible, as we see his career through a new lens and watch his current world spin out of control.  Val is something special because Val is someone special, and this rare peek both magnifies his genius and reveals his humanity, putting us in his shoes in a way we were absolutely not prepared for.

Welcome inside Val Kilmer’s head, or, more specifically, his memories, as we walk down the path of his career with vision provided by footage he shot himself over the many years, always with a camcorder on hand.  Val endured a tragic past, funneled his grief into his immense talent, shot for the furthest stars with his ambition, and lead a life that would seem envious from outside, but could be a torturous experience.  From Real Genius to Top Gun, from Mark Twain to Bruce Wayne; this is the untold story, and a personal journey like you’ve never seen before.

This might be the closest we’ll ever get to entering into someone else’s brain and swimming through their experiences.  This is Val’s life, his feelings, the way he sees the world, told by him and narrated by his son, without filters or flourishes.  It’s honest and emotional to a breaking point, making audiences feel like they’re living multiple lives at the same time, his and ours, and understanding the pain of another’s heartache in a way that we didn’t know was possible.  What’s more, this is a hand-held tour through an incredible filmography, one I lived through and grew up loving, alongside a childhood hero who wasn’t feeling as brave as he appeared.  I don’t know if a documentary has ever affected me this way; this isn’t just an amazing film, it’s something deeper and sadder and more intense, and that makes it all the more miraculous.