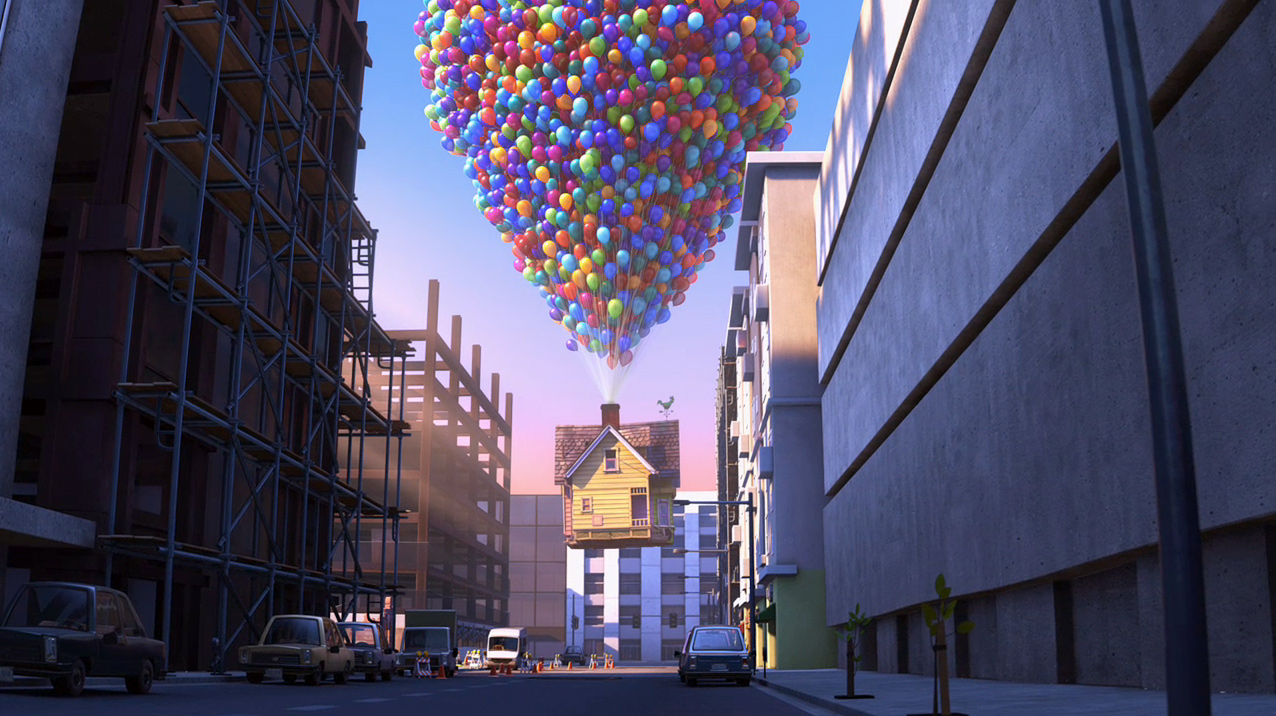 I could start by saying how amazing Pixar is, but we all know it by now, there isn’t any argument, it’s a certifiable fact.  Disney/Pixar is a thing of wonder, and each film that they release is simply more of the same spectacular craftsmanship they exhibited in the one before.  What really impresses me is that Pete Docter wrote all these lovely tales, that his mind came up with all these amazing characters.  Toy Story, Monsters Inc, WALL-E, Up, Inside Out; these are some of the most emotional movies of all time, and they’re all animated for Pete’s sake, how does one guy do it all?!  Well, he does team up with Bob Peterson sometimes, I’m sure the entire Pixar team is mind-blowing, and I bet their budget isn’t small, so maybe it makes sense, but it’s still awesome.  And so is this film, another marvelous masterpiece from a company we’ve come to rely on to provide us with such magic.

Carl and Ellie grew up idolizing the great explorer Charles Muntz, who found a jungle in South America untouched by man called Paradise Falls, and who discovered many an exotic creature there.  Their love for adventure would bring Carl and Ellie together, but life has a way of getting in the way of fantastic and extravagant plans, which they soon discovered.  They never did go themselves to Paradise Falls, they never did have children together, and when Ellie died, Carl was left all alone, with an aging body and an empty house.  Instead of giving up completely, Carl decides to go on one final journey, rigging his old home with balloons and floating off into the sky for South America.  But a stowaway is on board, a boy named Russell, who desperately wants to be a Wilderness Explorer.  And there will be some wilderness to explore, and new animals to discover, as the unlikely friends find themselves deep in the heart of an unknown land, where nothing is quite what they expected.

What a heartwarming tale, which shouldn’t be surprising, but comes perhaps from a direction we didn’t see coming.  The loss of Ellie comes at the beginning, and it pierces deep, even though we just met her character.  The rest of the movie focuses on Carl and Russell, on fulfilling dreams and making friends, of sacrificing for others and learning about yourself in the process.  It’s a lot to take it, you’ll feel like crying more than once, but hang on, the end will be worth it.  This movie hit me hard the very first time I watched it, and it was no less impacting the second time around, a tale like a punch in the gut, but balanced with humor and fun in the special way that only Pixar seems to be able to harness.  The animals are a great addition, Russell is adorable, you grow to love Carl, and Christopher Plummer plays an excellent villain; who would expect anything less.  The music will haunt you, the animation is gorgeous, the adventure is fun, there is no age that wouldn’t find something to love, and you will never tire of watching such beauty.