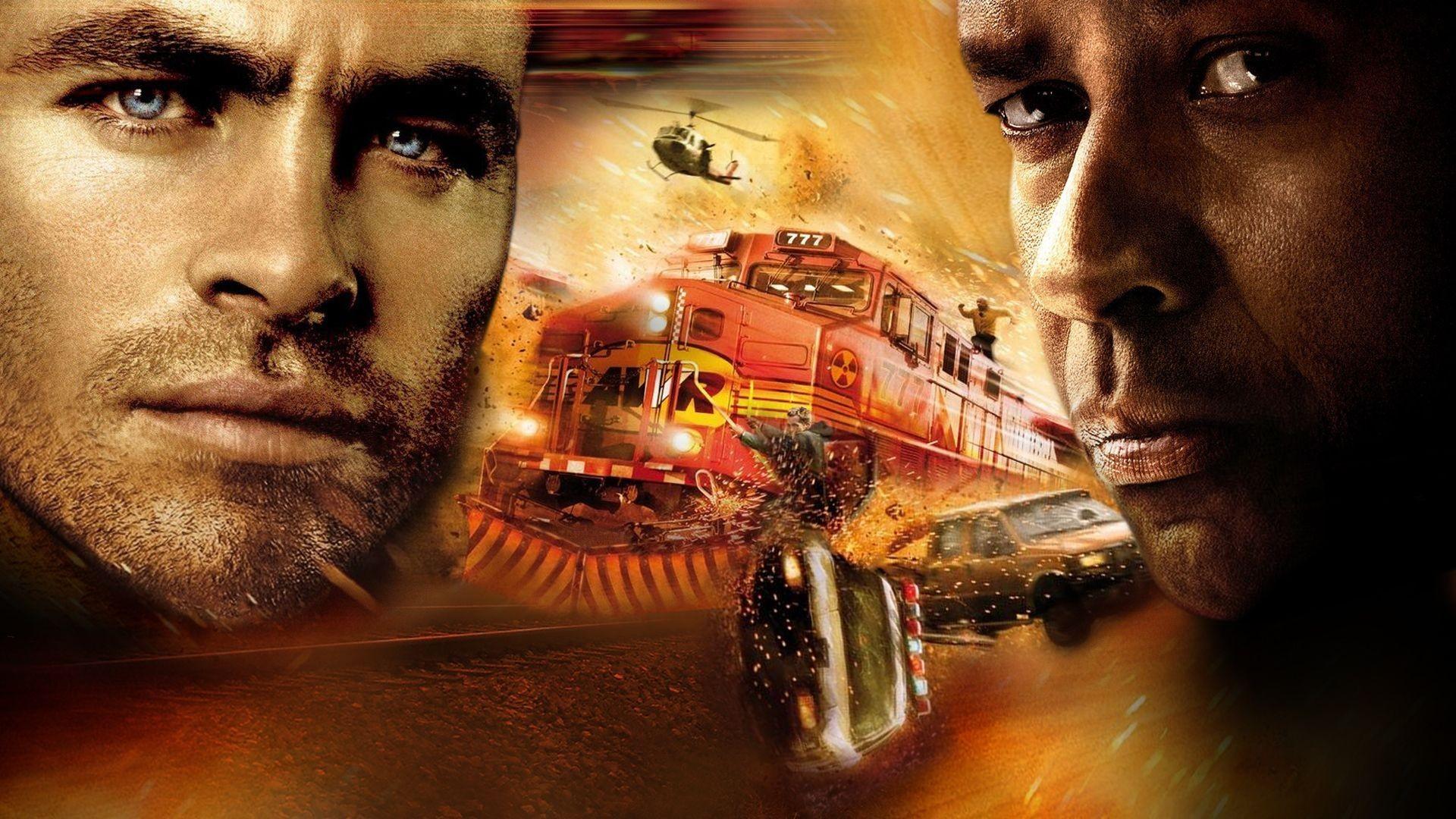 Unstoppable was Tony Scott’s final film, and although his career had its highs & lows, I think his filmography as a whole is pretty impressive, and features so many films that are iconic, if also a few that are complete duds.  The Hunger, Top Gun, Beverly Hills Cop II, Days of Thunder, True Romance, Crimson Tide, The Fan, Enemy of the State, Spy Game, Man on Fire, Deja Vu, The Taking of Pelham 123; action, intensity, intrigue, speed, sex, danger, and a ton of fun, which isn’t a bad legacy to leave behind.  Unstoppable, being the last, luckily boasts one of the best casts, riddled with talent, which is the only reason this film survives my complete ridicule, because, otherwise, it’s basically a movie that you hope is a joke so that everyone involved in its creation doesn’t have to feel embarrassed for the rest of their lives.

Based on a true story, this is a tale of daring courage in the face of possible disaster, where two men step up to save many, many more lives, at the extreme risk of their own.  Starting work at the train yard like any ordinary day, veteran Frank and rookie Will take a shift running the rails, making deliveries, switches, pickups; it’s not a glamorous life, being an engineer and a conductor, but, for Pennsylvania blue collar men, it’s an honorable living.  Little did they know that they would be called upon to do so much more, when a half-mile long train of cars is accidentally left running on full power without a driver, heading for nearby towns at break-neck speeds.  Frank and Will begin to chase it down, but aren’t sure they can stop it in time, before it crashes into a populous town and becomes the disaster of the century.

First, I will say that the acting in this movie is top notch.  Pine is so good, just a wonderful all-around talent, who really can do anything; if any single person in history has had the coveted X-factor it’s this guy.  And then there’s Denzel, who’s so famous we only need to refer to him by his first name, so magnificent at his craft that he can get us to watch literally damn near anything, even when we know it’s crap.  The rest of the cast is good too: Rosario Dawson, Kevin Corrigan, TJ Miller, Ethan Suplee.  It’s not the acting that’s the problem here, and it’s not Scott’s direction, which is spot on, neither is it the music or the mood or the entertainment value.  It’s the true story and how little it lends itself to a film with this much activity and build up.

It’s a train that goes a little too far, but then they stop it …and that’s the whole movie.  The real story is even sillier; the train got away, they couldn’t stop it for a little bit, but then they slowed it down, someone ran up beside it, hopped in the driver’s seat, and turned it off.  That’s as much real drama as the film can honestly hold; the rest of the time it’s just bluffing its way through 90 minutes because, well, it’s gotta do something with its time.  I enjoyed myself a little, for a time, I liked watching these people in a stressful situation and these actors flex their muscles in a story that called for them to carry the entire thing on their shoulders.  But, at the end, all I could think was “THAT’S IT?!”, and when I looked up the true story I felt even worse, like, who in their right mind would think that this news article was worth making an action film about?  Scott is pretty daring, but this was a risky bet, and ends up a poor movie, which is simply too bad.