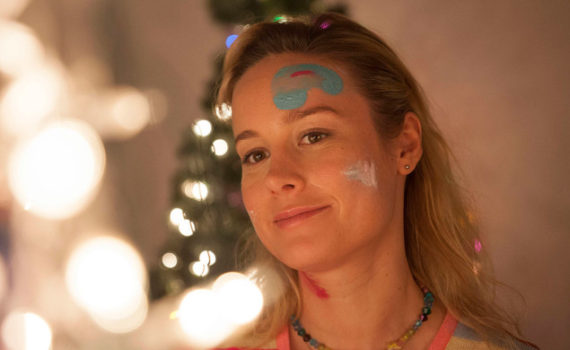 Unicorn Store is like if Sorry To Bother You was bad.  Or, more specifically, like if someone took that idea, made it about a white lady instead, and then forgot all the secret ingredients that worked to make it special.  Brie Larson’s directorial debut is the opposite of special; it’s a boring, toe-in-the-water experience when what we were tricked into believing was that she had something interesting to say.  After Captain Marvel and now Unicorn Store, I’m starting to feel like fame has gone to an indie/niche actor’s head, and what we’ll get from now on is personal overindulgence.  It happens to the best of them I guess, and she’s around 30, so maybe she still has some maturing to do as a filmmaker and an artist.  But audiences have only so much patience, and mine is already wearing thin.

Kit has failed art school, failed at adulting, and has just moved back in with her overly-positive parents.  She’s a positive person herself, always dreaming and imagining and wishing, but real life is bringing her down hard, as she struggles to fine her place, her vision, and her purpose.  Kit gets a temp job in an effort to fit in and to put a happy face on things, but she’s not fulfilled there, and her joyful fantasies are just getting further and further away.  When she receives multiple weird letters from The Store telling her that she needs to come in to get the object she’s always wanted, it seems like things are looking up, especially when that object turns out to be a real, live unicorn.  But to earn the unicorn, Kit must get her act together and create a loving home, which is exactly what she needs to do anyway, whether the unicorn, The Store, and dreams in general, are real or not.

Brie Larson did one thing right with Unicorn Store; the casting.  Other than herself, because she isn’t a great actress, and Samuel L. Jackson, who is barely in the movie long enough to warrant a credit and who might as well have simply done a voice over to save time, the cast is pretty incredible, smart, and talented.  I loved Mamoudou Athie, Bradley Whitford & Joan Cusack were incredible, Hamish Linklater & Martha MacIsaac were funny as office people, and it’s always nice to see Karan Soni pop up.  But that’s where the positives end.  Larson isn’t adept yet at directing; no problem, she’s new to in, she can learn, but others have debuted strongly so now we expect it, and she failed to deliver.  Also, her performance is extremely weak, lacking anything new or fresh or captivating, anything that will make audiences fall in love.  The story is silly, the main character annoying, it was the writer’s first attempt at a feature as well, and it showed.  A for effort I guess, for waiting to cash in on a Netflix film until your name picked up (this movie came out at TIFF a year & a half ago), but it didn’t work this time.  Larson can go back to the drawing board, perhaps the ceiling is high, who knows, but I’m running out of interest early.