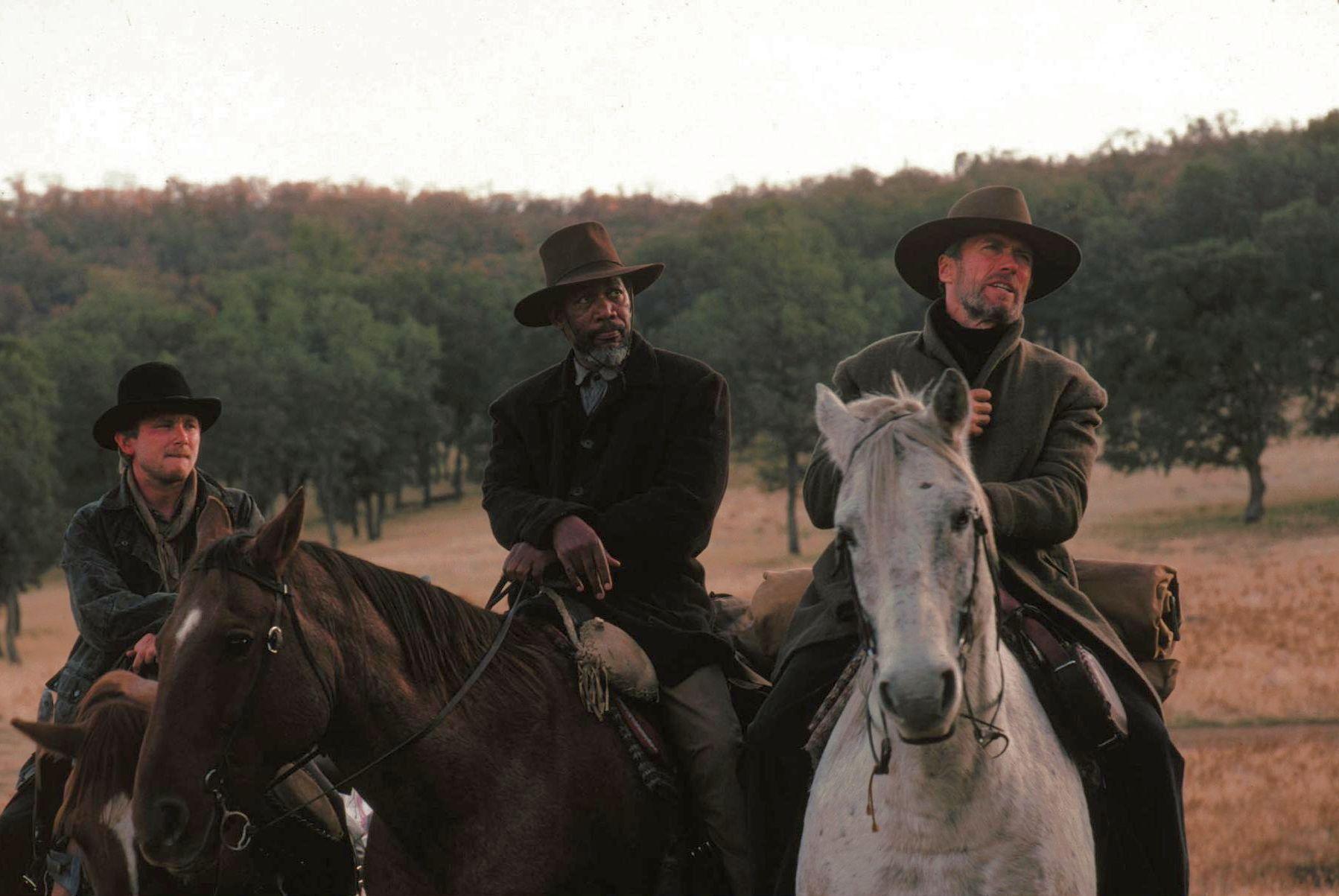 One of the most iconic Westerns ever made, Unforgiven is a living legend in much the same way as its director, representing the past but continuing its effect long after its peak.  It’s a film that can be watched today & enjoyed exactly as it was in 1992 when it dominated the Academy Awards.  It won Best Picture, Best Supporting Actor, Best Director, and Best Editing, also receiving nominations for Best Actor, Best Original Screenplay, Best Cinematography, Best Art Direction, and Best Sound.  That’s a lot of bests, and shows the impact this film had at the time of its release.  But it is impactful still, a movie that pays homage to a genre, darkens the lens, makes no apologies, and demands our undivided attention.

Bill Munny was once the baddest man of the Wild West, stories following his adventures, myths created from his killings.  He stole & murdered indiscriminately, living a life on the trail that valued money & freedom, not the desires of others.  But that was long ago.  Since those dangerous days, Bill married a loving woman, fathered two children, watched his love die, but stuck to the good Christian ways she taught him.  Now he’s aged, forgotten how to kill, & grown soft, but bad times are coming and old habits die hard.  Joining an old friend named Ned and a young kid who is itching to be a gunslinger, Bill travels in search of a bounty, a contract that requires the killing of two men but promises a large sum in return, a job that just might be his last.

If you love Westerns, consider yourself a sinner if you haven’t seen Unforgiven.  Though perhaps darker & slower paced than its classic relatives, this film follows the standard recipe to great success.  The small town, the evil baron, the downtrodden folk, the heroes to the rescue, the green kid, the grizzled veteran, the shootings, the whores, the whiskey; it’s all here, you won’t be disappointed.  But there’s something deeper here, a slow evil that spreads throughout the film, a vein that those looking for simple entertainment might not enjoy.  That’s why this film is so highly respected though; it follows the old ways but reveals their secrets as well, allowing us to see the grimmer side of glory.  Eastwood, Freeman, Hackman; where else can you find a better starring trio?  Each is excellent, and although both the beginning & ending of the movie are a little affected, Unforgiven remains a must-see.