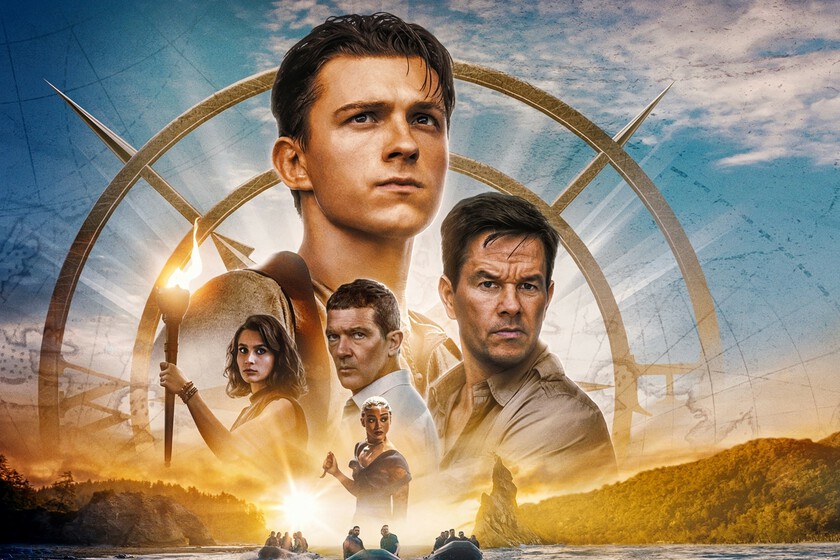 Supposedly there’s a National Treasure 3 coming out in a couple years, but, really, there’s no need; we have Uncharted instead.  I know it’s based on the video game, which I have not played, but it might as well be based on the plot & delivery of the National Treasure franchise, because that’s exactly what it shadows almost frame for frame.  They say there’s nothing new under the sun, and, if this film is any example, they’re absolutely right, because this is only recycling, not revitalizing.  Uncharted is fine, it’s fun, at least it’s no Sahara, but it’s also nothing special.

Nathan & Sam Drake are orphans who have always dreamed of an adventure that would take them away from the reality of their lives, immersing them in a fantasy of treasure and intrigue instead.  Reality wins though, and Sam runs away, leaving Nate to grow up on his own, which leads to him being a young, unhappy thief/bartender.  Along comes Victor Sullivan out of the blue to tell Nate that Sam is alive, missing, and needs his help.  Sam & Vic were after a hidden fortune, and only Nate has the skills to find it, and so off we go on a circumnavigational good time and a ridiculously dangerous mission.

Uncharted really is just National Treasure with a few more throat slashes, and of course based on a successful game as well, which gives it some built-in fans but not a lot of broad support.  The adventure we can get on board with, the mystery is fun to be a part of, and the over-the-top theatrics must have been cool to control on PlayStation.  And the acting is actually fine, not bad at all, with pretty good chemistry; so where’s the problem?  Well, it’s kind of all around at all times, a nameless underwhelm that eats at you the entire runtime.  And then, at the end, when things get silly, it finally hits you; what I’ve been watching has only been mediocre.  You wanted to like it, but that’s just not working out, because the villains are dumb, the writing isn’t clever, and the climax is bizarre; you take as much as you can handle too early and then you’re just done.  Uncharted is too much crap and not enough substance maybe, or perhaps simply just not good enough, for long enough, with reason enough to watch.