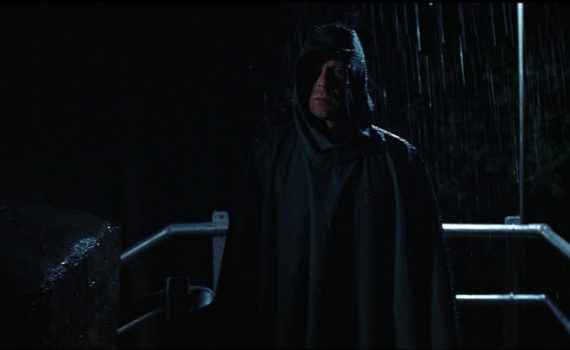 Before Split and Glass there was Unbreakable, obviously, since it surprisingly spawned a trilogy that we definitely did not see coming.  But that’s the greatness of Shyamalan, the twists, and long as you don’t look too hard for them, as long as you don’t try to spoil all the fun.  Split is pretty genius, Glass is downright awful, but Unbreakable is something in between; a still-amateur attempt at a then-amateur genre, an experiment that went mostly right but took a couple wrong steps along the way.

David Dunn has never been sick, injured, hurt, or otherwise affected by life like the rest of us, and he was an athlete with god-given talent to boot, which seems simply unfair.  But he also seems unlucky; he almost drowned as a child, was involved in a serious car accident as a teen, and now finds himself the sole survivor of a terrible train derailment in Philadelphia, from which he emerged without a scratch.  Curious, to say the least, but it gets stranger still; a man named Elijah Price, nicknamed Mr. Glass because of his extremely fragile bones, tells David that he’s the sign Price has been looking for, that he’s a special person called upon for amazing acts, that’s he’s, basically, what anyne would call a superhero.

Shyamalan does a lot right with Unbreakable after the success of Sixth Sense; he casts Bruce Willis as a mild-mannered tough guy, he builds the story slowly but with bangs, he creates a mood and an atmosphere that feel so heavy, so dangerous, and he, simply, gets most of it right.  The casting is great, the time it takes to layer the story, the lack of a real, huge “twist”; it all works rather well.  There is still a surprise, still those M. Night elements, but the whole plot feels organic and manageable, very smartly done.  The end smacks a little too fake-y perhaps, the film actually lacks in action when you might expect more, and it’s still a bit of a trial-and-error approach by the entire team.  But twenty years have passed and we’re still thinking about this film, and I’m surprised that it came out before the huge Marvel and DC comic book crazy, it feels relevant to the movement.  Maybe it was simply groundbreaking; not perfect by any means, but important all the same.