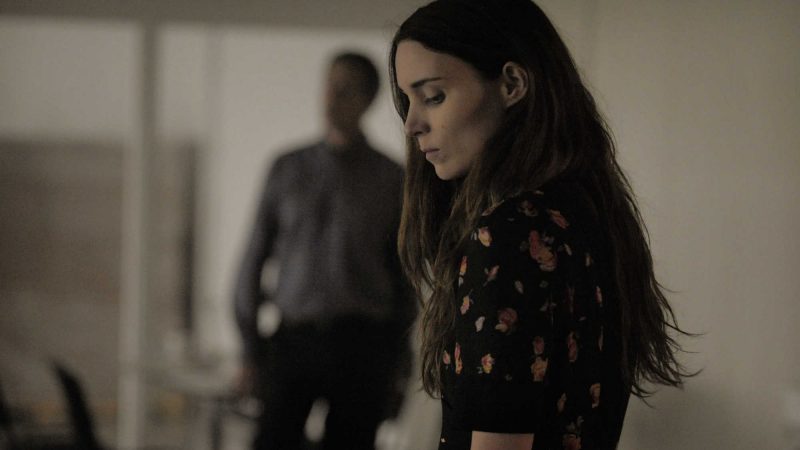 I had high hopes for Una, based mostly on its pair of lead actors.  Mara blew me away in Carol, with a performance that was near perfect, a character that she slid into seamlessly.  Mendelsohn has been a talent I’ve shouted about since I saw him in Black Sea and Adore, although every film in which he appears showcases his talent, perhaps none more so than Mississippi Grind.  Bringing these two amazing actors together was a remarkable idea, all that was left was for the source material to be as strong as its players.  Unfortunately, this play-turned-movie isn’t exactly as smooth a ride as you might expect, bumping over some pretty treacherous terrain on its way to an unsatisfying ending.

Fifteen years after she was sexually abused by a neighbor, a young woman named Una decides to confront Ray, who now goes by a different name and lives in a different town.  Her intentions are complicated; she wants to see him, wants to show him how angry she is, wants to know why he chose her to seduce, but also why he left her after telling her so many times that he loved her.  Ray was convicted for having sex with a thirteen-year-old, spending time in prison for his crime.  In the years since, he has tried to move on with his life, but Una’s appearance at his workplace brings all the memories flooding back and the shame crashing down.  What follows is a frighteningly upsetting retelling of events, as Una attempts to close the book on this chapter of her life, while knowing that she will never be able to forget it.

It was difficult even to write the summary; it’s not that I’m so sensitive that the subject matter was too much for me, it’s more that I’m not quite sure how to approach it, how to talk about it, how to condense it into something a review can handle.  You could tell that the film had the same problem, that it didn’t exactly know what to do with the weight of the story.  It was a play fist, and you can tell that every step of the way, which isn’t always a bad thing, but didn’t work perfectly for this plot in this situation.  It was hard to watch, and I wouldn’t recommend it to anyone with trauma, I want to make sure to say that, not unless you know exactly what you’re about to watch and exactly how it could help you.  As far as simply judging it as a movie, Mara was a little off, forced to be British and asked to act too rigidly.  Mendelsohn was great, but he was allowed to be Australian and to show us a complicated character.  Some might actually not like how sympathetic he seems at times, but I think by the end you understand that this is Una’s story, and that Ray was its villain.  One last note; Riz Ahmed is literally perfect every time I seen him on screen, do not make the mistake of sleeping on this amazing up-and-coming actor.  You can probably pass on this movie though, especially if you think it might be too much; it is both powerful and shocking, there’s no doubt about that, but it’s also far from perfect.