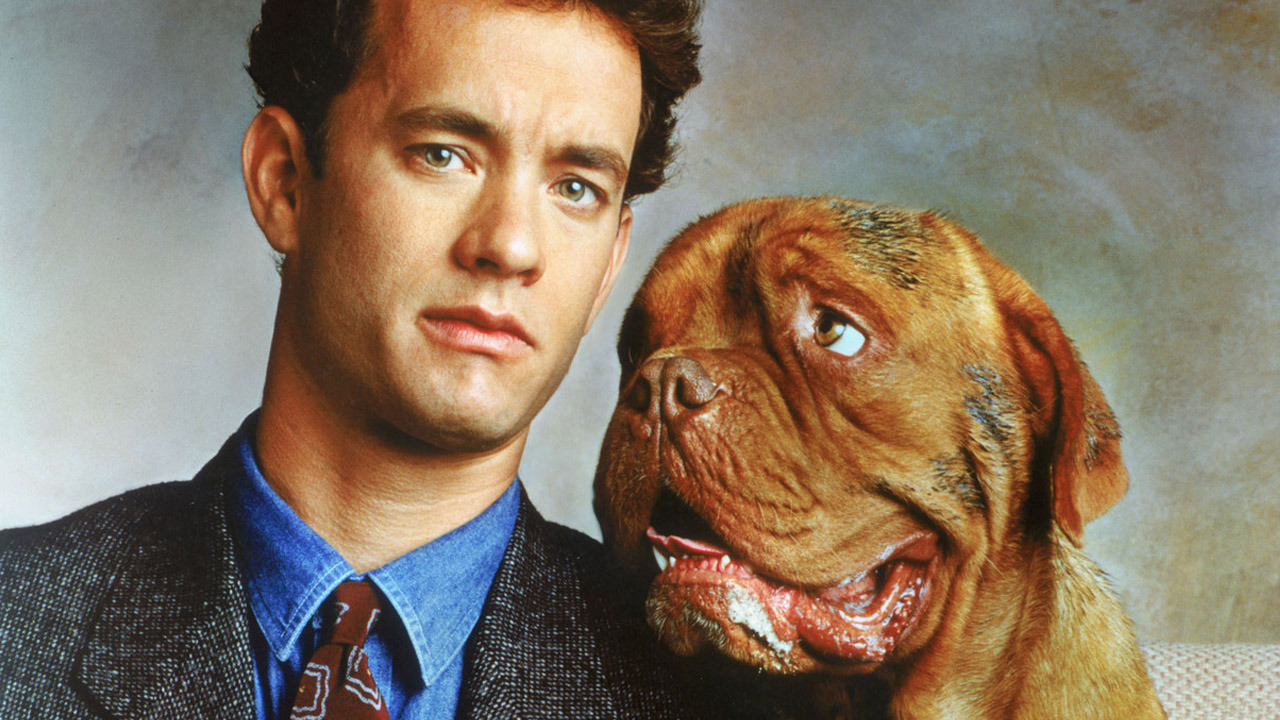 If Tom Hanks was a bit of a sex symbol in Money Pit or other 80s classics, he was at his most bare-chested in Turner & Hooch, a throwback to the days that Hanks was both more and less than the internationally known superstar he is today.  It’s enjoyable to look back on his career, as it’s come so far and was so consistently wonderful, in all its forms, in all its eras.  We had Bachelor Party Tom in the 80s, Sleepless in Seattle Tom in the early 90s, dramatic Tom in the meat of the 90s, silly-choices Tom during most of the 2000s, and now the guy does whatever the hell he wants because he’s an untouchable star.  From a man in love with a mermaid to the hero who landed a plane on the Hudson, I’m not sure we’ll ever see a more versatile actor, and I always enjoy rewatching the films that made him a star.

Investigator Scott Turner is leaving the quite coastal life for a job in the city, somewhere he can use his skills to help the most people, solve the most crime.  But before he goes, there’s one more case to solve.  An old man who lived on a house boat by the harbor has been killed, an old man who was a friend of Turner’s though was also a bit of an unreliable source.  He often complained that there were strange noises coming from the fishing company next door at night, noises his ugly old dog Hooch alerted him to.  When he turns up dead, Scott not only takes on the investigation but he also takes home the dog, a beast of a thing that most people are terrified of.  Well, Scott’s scared of him too, but Hooch is the only witness to the murder, and might just crack the case.

The scene where Turner offers Hooch a muffin might be one of my personal favorite movie scenes ever, I just can’t withstand the hilarity of that moment.  There are several wonderful scenes scattered throughout this decidedly 90s thriller film, making it stand out from the crowd despite its standard appearance.  Hanks does that most times he appears in a film, Turner & Hooch being a shining example.  He’s on his game here, which is great, since no one else really steps up except the dog.  It’s a typical murder mystery but with some real heart, and I’ll always be partial to stories in which unlikely friends become the best of companions, especially when one of them is the biggest, grossest mutt you’ll ever see.