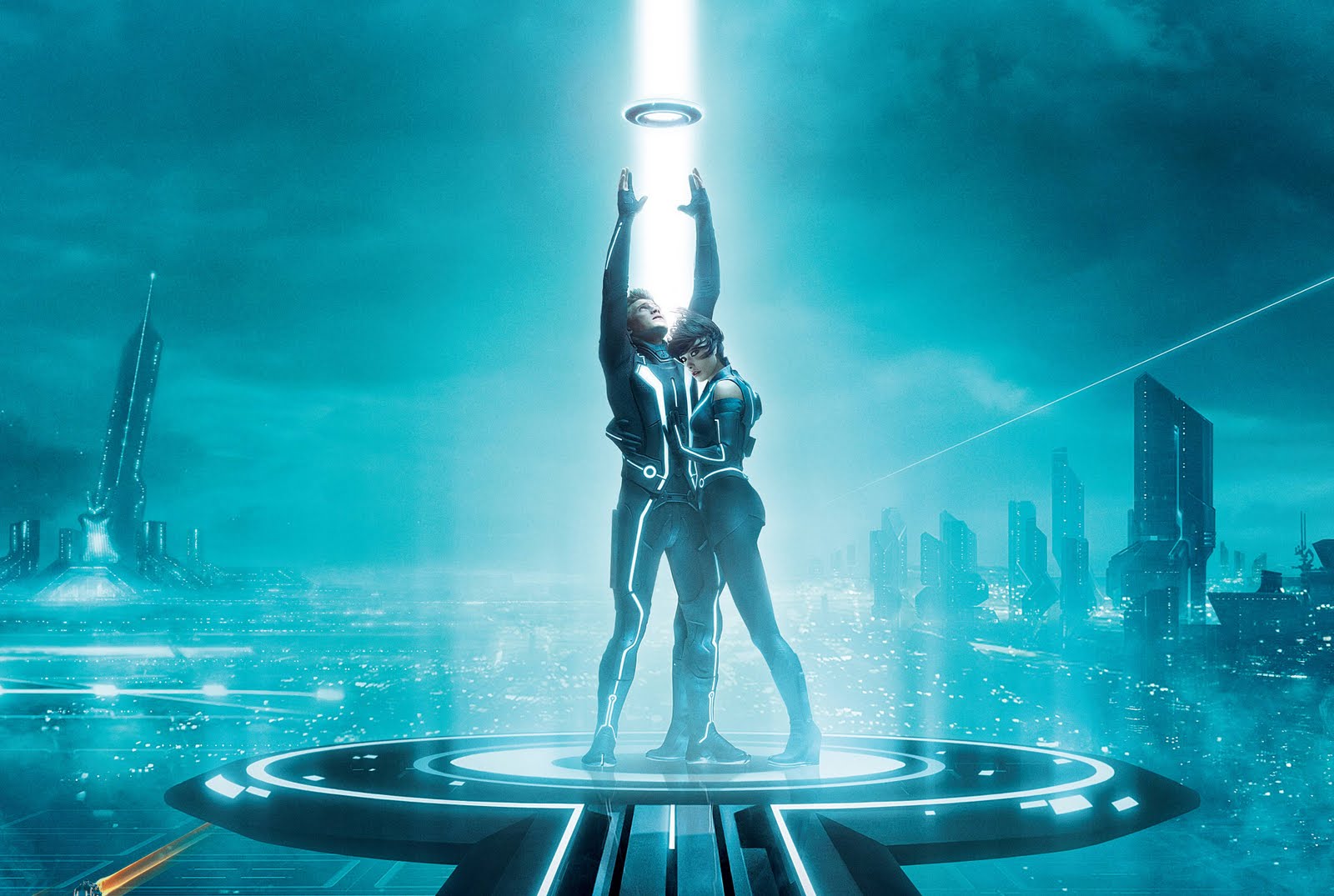 After rewatching the original and realizing that it wasn’t quite as good as I had thought when I was 10, I had similar doubts about revisiting the sequel that I enjoyed when I was 25.  Jeff Bridges in a neon, computer world will always be a classic in my book, but I can admit that it isn’t quite as great looking back as it was seeing it for the first time.  TRON: Legacy picks up the slack with the technology, sticks to the base story, sets itself up for success as well as it possibly can, but can’t avoid the same pitfall.  A kid watching this movie now will find entertainment much more easily than I did checking it out for a second time, showing that, the sequel at least, is more fleeting fun than sci-fi stalwart.

After Kevin Flynn saves ENCOM from ruin and shuts down Master Control, he begins to dabble in the living, breathing world of computers, the Grid, where nothing is impossible.  But one day he doesn’t return to the human realm, gone forever into the machine, leaving a grieving family behind.  His son Sam, now grown, is technically the largest shareholder of ENCOM stock, but is too troubled to take control.  Instead he daredevils his way through life, until one night he visits his father’s old arcade and finds the gateway to the Grid.  Now a user-among-programs just like Kevin was all those years ago, Sam must survive the games, defeat the madman behind the motherboard, and keep our world save from hostile, technological takeover.

The graphics got better but the characters got cheesier, and in the end it all balances out.  TRON: Legacy is super cool if you’re looking for visuals, with an awesome homage to the original but with a serious boost in graphical advancement.  But while the story is similar and relies on the neat base plot, the cheese level rises and the acting talent plummets.  I even like both Hedlund & Wilde, but they don’t show their best work here.  A much older Bridges still has it, and he’s asked to cover a lot of flaws, but even he can’t mask all the problems.  Some bad pace, some pointless characters, some regurgitation of ideas; the second is much like the first in that you better get to it early while you can still enjoy it despite its faults, and you probably shouldn’t watch it again.