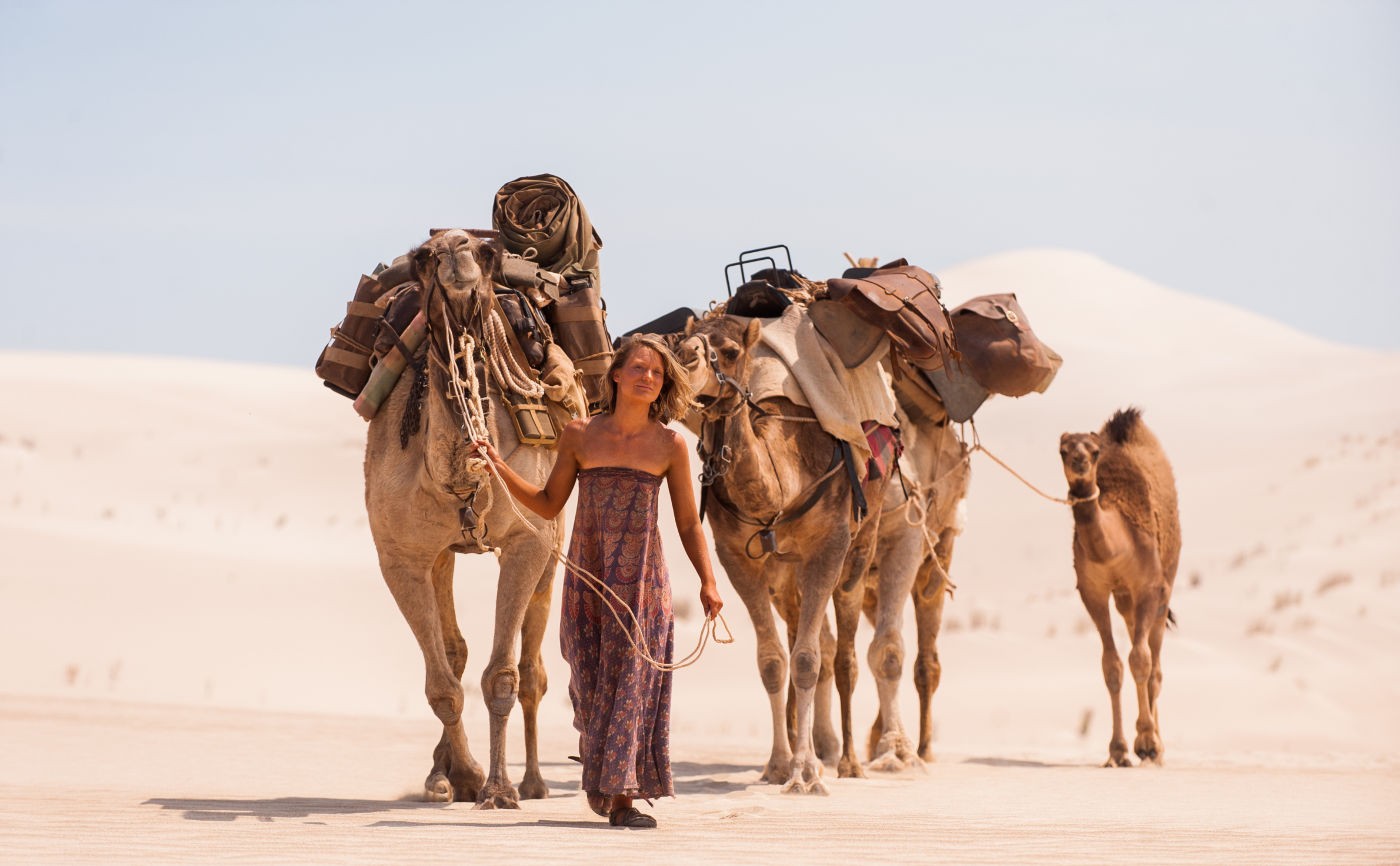 Mia Wasikowska isn’t my favorite.  She so often comes off as so ice-cold, so emotionless, so stoic.  And so when she’s called upon to be ultra-dramatic, it can feel a little forced.  If you don’t recognize the name, you may have seen her in Alice in Wonderland, Jane Eyre, Albert Nobbs, Stoker, The Double, or Maps to the Stars, with Madame Bovary and Crimson Peak upcoming.  She’s classically beautiful, fits the period piece role very well, and has talent, she just has never really won me over.  Well that’s all about to change.  Apparently what she needed was to be paired up with John Curran, the director of We Don’t Live Here Anymore, Stone, and The Painted Veil.  Because he was able to bring something out of her, and to her credit she was able to bring something out of herself, that had perhaps been laying dormant, waiting for a great role to help it emerge.  Consider this to be it.

This is the true story of Robyn Davidson, the Australian woman who trekked alone across the continent with only camels & a dog for company.  In 1977, Robyn decided to begin the treacherous journey, learning to train wild camels, preparing herself for the conditions, and ultimately looking forward to the many months away from humanity.  At a young age, Robyn’s mother had died, her father had sent her away when he was unable to care for her, and her sister had been placed in another home.  For Robyn, the world revolved around her animals and the planet that she felt so connected to.  So she left civilization behind and began her pilgrimage with her trusty black dog, four camels, and the sometime companionship of a photographer named Rick, who was producing a story for National Geographic, the magazine that funded Robyn’s trip.  Over the course of the next 1,700 miles, Davidson would learn much about herself, the land, the native Aboriginal people, and this place that we all call home.

So Mia Wasikowska was really good.  It was a nice role, a well-directed film, and a perfect spot for her to shine.  The true story element allowed her study up on the actual person; Davidson was featured in the National Geographic article and would go on to write a book.  So Wasikowska was set up for success, but she flourished and pulled off perhaps her best performance to date.  It was so much like Reese Witherspoon’s role in Wild, with a similar story but much less dark, a journey plot set in the Australian outback instead of the Pacific wilderness.  Wild might have been better received, but it & Tracks have a lot in common, separated by the intensity of content perhaps but not by talent.  And speaking of, Adam Driver was also excellent in his small role, small though basically the only other real character in the film, if you don’t count the camels.  It takes a special effort to give personalities to animals in movies and not make it cheesy, a feat accomplished perfectly here.  I didn’t know that the movie would be about camels & nature & animals & the planet as much as it was, but the message was clear by the end.  Tracks is a solid film, very enjoyable while also containing depth, a true story never lacking in excitement & heart.