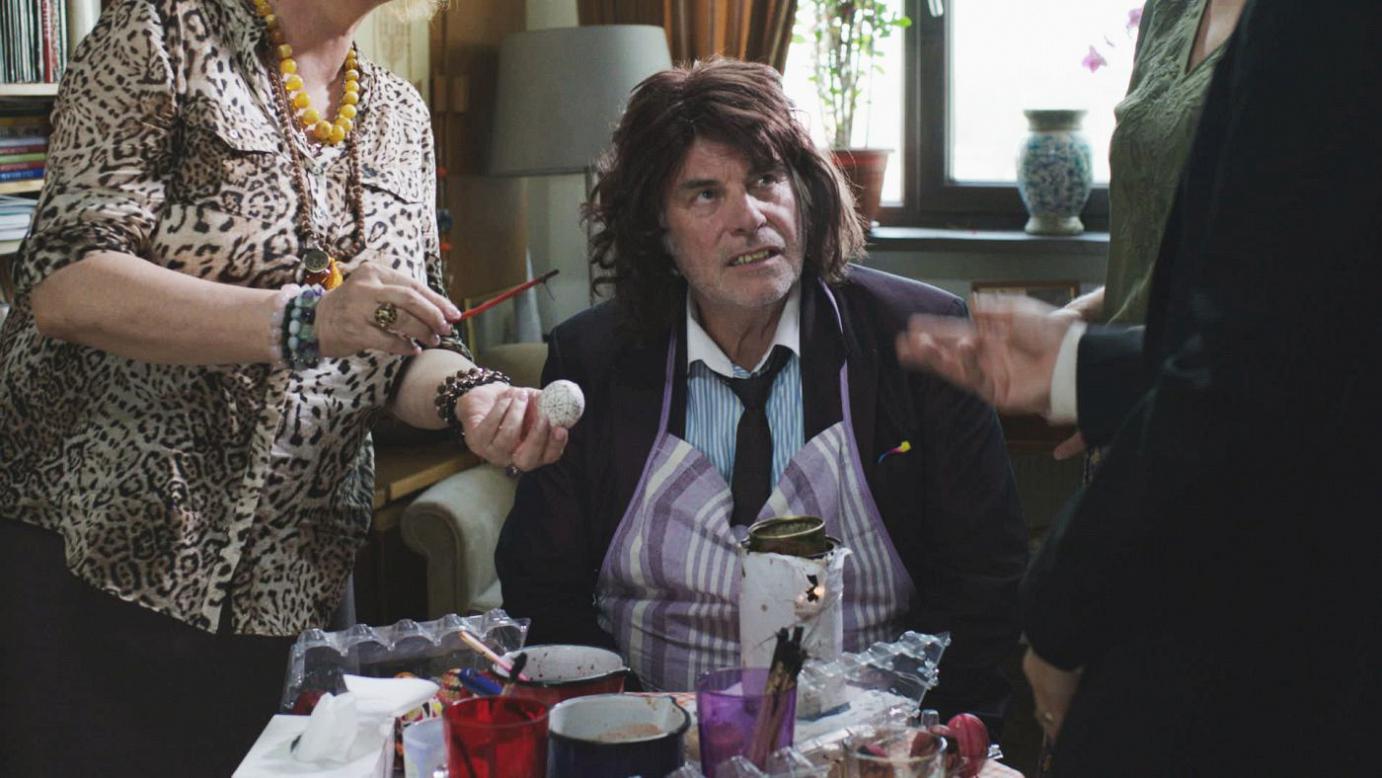 Toni Erdmann had some stiff competition last year for Best Foreign Film at the Oscars, and ultimately lost out to The Salesman, a film that got the right buzz at the right time, with its director staying out of the country for fear of the newly-written Muslim Ban’s effects on his safety.  And aside from that, A Man Called Ove was one of my favorite movies of the year, foreign or otherwise, so it was a stacked Top 5 for Academy voters.  Erdmann actually won my critics group’s awards, with The Handmaiden coming in second, a film that wasn’t even up for an Oscar but was also one of my 5-star favorites of the year.  So you can see that it was a difficult year for a German drama to get a ton of attention, but that does not mean attention wasn’t warranted, and in this film’s case, our applause is deserved as well.

Winfried Conradi is a lonely old man.  He lives in Germany with his blind dog, visits his mother from time to time, has the occasional dinner with his ex, teaches piano lessons, runs the school music program, and misses his only daughter, Ines, who is much too busy with her high-stress job to call much more often than on birthdays.  Winfried, it should be noted, is a practical joker, but in a sad clown way that makes his despondency all the more heart-breaking.  He wears wigs, has false teeth that he always keeps in his breast pocket, and has been known to create false personas just for fun.  On a whim, and in order to check up on a daughter who he suspects is not as happy as she lets on, our somber hero takes a vacation to Romania where he then pretends to be Herr Erdmann, life coach extraordinaire.  His visit wrecks Ines’ structured existence and threatens her occupation, but it also reminds her of those intangible things that are so much more important.

The most impressive quality of this film is how it fends off the typical, Hollywood portrayal of this story.  I hear an American version is in the works, but this German version is what we need more of; a movie that isn’t afraid to dull down the melodrama, to show a father & daughter in a realistic way that is slower than we are used to but can be all the more honest.  An American drama would happen much quicker, would contain many more explosive arguments, and would ultimately feel less authentic, so don’t be so ready to watch the Hollywood take on this story.  The movie is long, perhaps too long, and the few amazing scenes come near the end, so audiences will have to put in some work to be rewarded.  But good things come to those who wait, or so they say, and in this case it happens to be true.  Toni Erdmann is a unique, sad, slow, quirky, oddly refreshing film that works if you give it a chance and some time to simmer.