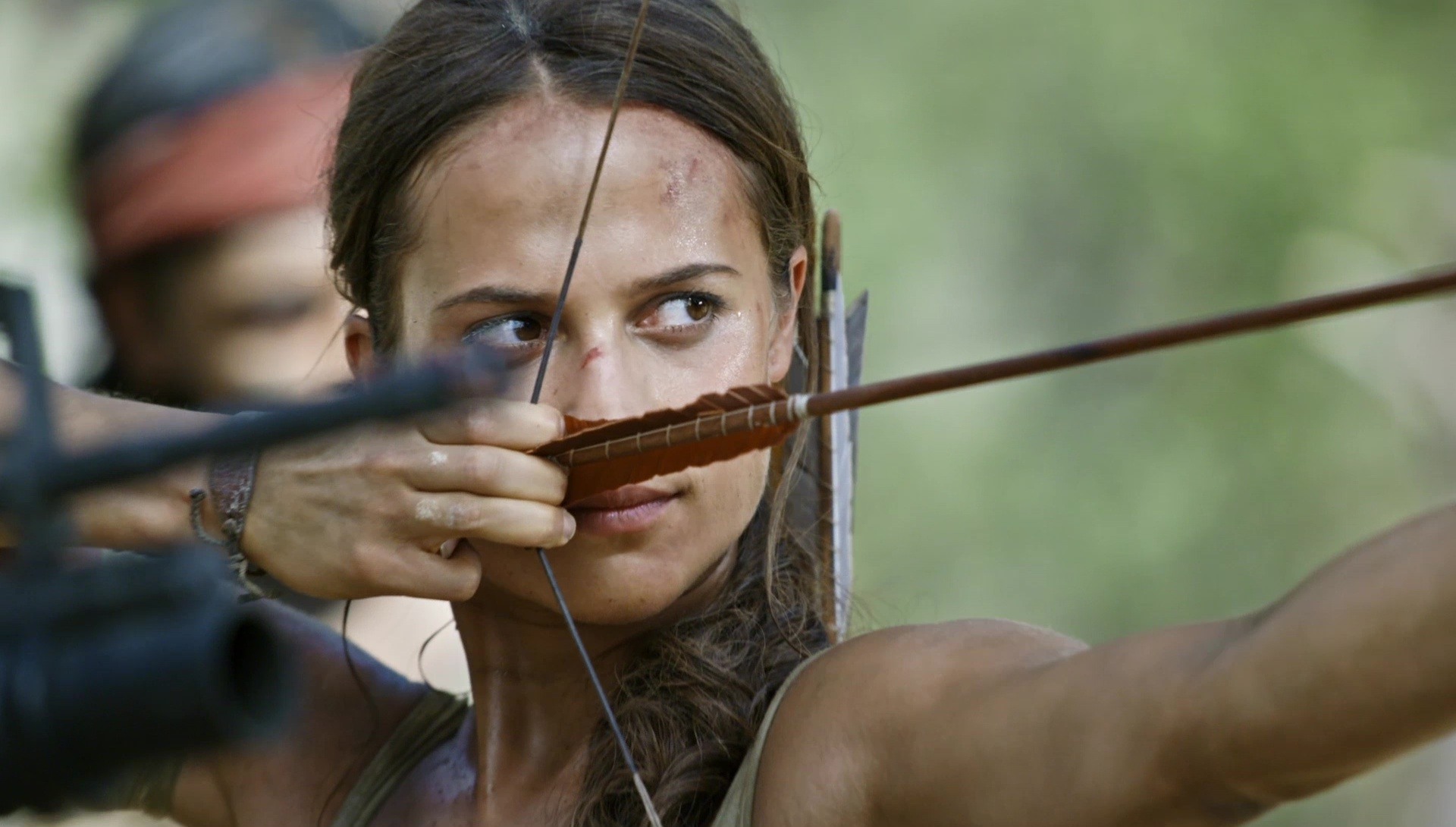 The reboot of the Tomb Raider franchise depends on three key elements to succeed: the classic video game, Uthaug’s unique approach, and Vikander’s natural charisma.  It’s been 15 years since Jolie’s last version, so sufficient time has passed for us to accept a new take, one that goes back to the roots of the game and of the character.  Uthaug is coming off of Norwegian success with The Wave, a solid, genre-pleasing disaster flick, so he was primed to create something great for American audiences.  And Vikander can do (almost) no wrong, even her performance in Tulip Fever isn’t a let down, although the film itself is.  The trio of necessary pieces was here to create something great, but apparently a fourth was overlooked, the script, something perhaps we took for granted and didn’t even know we needed so desperately.

Years after her father’s disappearance, Lara Croft had yet to move past his assumed death, won’t claim the family fortune as her own, and can’t see a life ahead through her constant veil of grief.  When she stumbles upon a secret room buried beneath her family’s mansion, Lara realizes that her father didn’t leave her for some petty research, but to go on an adventure that he was convinced would save mankind.  Now, she has no choice but to follow in his footsteps, to see if there is any truth to his ravings about an ancient evil hidden on an island off the coast of Japan, to put his memory to rest once and for all.  But the reality of the quest is much stranger than Lara could imagine, and she will find out firsthand just how dangerous these expeditions can be.

Alicia Vikander is a rare talent, it’s as simple as that.  She has the talent, the bearing, the look, the spark, the x-factor; whatever you want to call it, she has it to spare.  Watching her early movies, you can see the power coming, and she’s only getting better as she’s becoming more experienced.  Now she’s an action heroine, and she’s proven there’s nothing she can’t do.  Vikander is the strongest part of Tomb Raider, the engine that moves every piece along the conveyor belt toward its intended goal.  She’s a human Lara, one you can injure, one who gets scared, one who screams because god damn it there’s something coming at you from behind that pillar!  She’s real and realistic, which adds an element to the movie that we didn’t exactly see coming.

But she can only do so much, although she’s in almost every single frame of every single scene.  She still has to work within the confines of the script, and that’s where the film faltered.  They would have been better served to not say a single word the entire way through, to pull a Valhalla Rising and make it about the brutality of the moment.  Every conversation was idiotic, every piece of dialogue forced; I would be embarrassed had I written this and basically ruined this film’s chances to be something excellent.  Because of their lines, West was cheesy, Goggins was dumb, and Daniel Wu seemed fabricated, Vikander being the only one who could sometimes rise above, but even she was much better when she was running around the jungle or almost being killed.  The action, as a whole, was fairly well done, especially the boat crash scene, which felt very much like the coolest part of a video game.  Tomb Raider has its moments, it’s pure entertainment, it works on that level, but then the actors open their mouths and you cringe knowing what’s about to come out.  No joke; you could watch this movie on mute, understand most of what was going on, and enjoy it that much more.