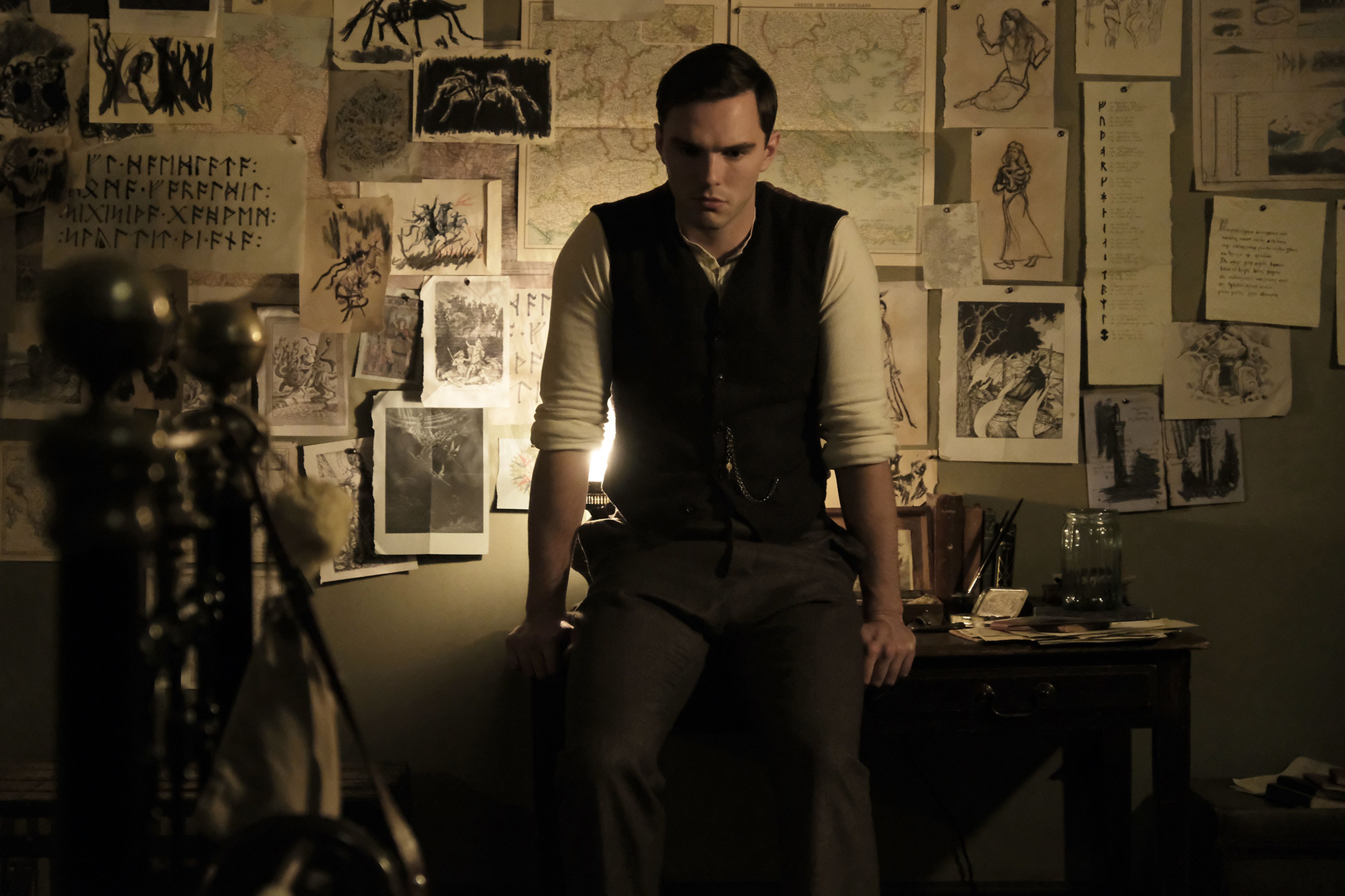 Tolkien is being described as a polite biography with absolutely no innovation to offer, and that’s hitting the nail directly on the head.  This film is like a guy you think is nice, has good qualities, there’s nothing wrong with him, you just can’t get excited about dating beyond a cup of coffee.  There’s just nothing exciting, either to the senses or the imagination, being offered at any point in the story, and the true events themselves aren’t enough to pull audiences through.  Director Dome Karukowski usually makes his films in Finnish, he’s not experienced in the Hollywood style, and that shows not in how unlike American films Tolkien turns out to be, but by how closely is clings to standard recipes and refuses to venture out in any interesting directions at all.

This is the true story of the coming-of-age of J.R.R. Tolkien, from his childhood through his marriage, and during all the pivotal moments in between.  Tolkien was orphaned at a young age, and was brought up as the ward of a rich woman in London, along with with younger brother.  He attended a fancy prep school, in which he did not fit, and tried to make friends with the other boys there, with whom he had nothing in common.  But his intelligent personality combined with his love of the arts led him to develop a bond with three other budding artists, though they knew their lives were destined for more mundane things.  Tolkien knew no such thing; he had to scrape to get by, both financially and academically, never knowing what the next year would bring.  Later, love and The Great War would come his way, and ever experience would help form a fictional land and language that were developing inside his head, just waiting for their chance to escape onto paper. Tolkien really is too pleasant for its own good, lacking anything other than niceties, which are by definition nice, but aren’t all that exciting.  And I don’t mean heart-pounding action; we don’t need high drama to get invested in the story, but we could use a little motivation if we’re going to make the effort to dive into your film.  There was never any reason not to simply stand on the edge and look in, the movie flowing fluidly along without a ripple, but all the more boring for that.  Karukoski failed to bring anything to life, to breathe fresh air into a tale we could read about in five minutes on Wikipedia, to give us a reason to watch beyond our slight interest in how The Hobbit was written.  Even that, the meat and potatoes of “how”, was left a little out of the narrative; the film focused much more on the personal aspects; young love, new friendships, struggles at school, heading off to war.  And while that’s slightly interesting, it’s also no different than any other biopic, and that’s not good.  This is a genius writing the greatest fantasy in literary history; surely there’s more to see than standard biography fluff.

For the most part, apart from Hoult, the actors didn’t help the film, and were mostly b-list grinders who couldn’t elevate a scene if they sat in on a cherry picker.  Hoult was the exception, I thought he did a fine job, but even he wasn’t much to write home about; he was the best in the cast but I guess really didn’t have much competition.  Collins was dull, Gibson was fake, the adults were throwaway, and no one was given much to work with anyway, their lines weren’t exactly brilliant.  Tolkien was more boring than it was revelatory, when what we wanted was a bit of magic thrown our way in the form of a true story, not a cookie cutter drama with the tiniest tease of something about to happen years in the future, just hold on, it’s coming, I promise.  We love these books, we love this man; The Hobbit is one of my all-time favorites, and I know I’m not alone in having read it a dozen times.  But counting on our patronage isn’t enough, you need to give us something more, or else the line to the theatre stops at the backs of the devoted fans, and the exposure you get from us might not be completely positive.