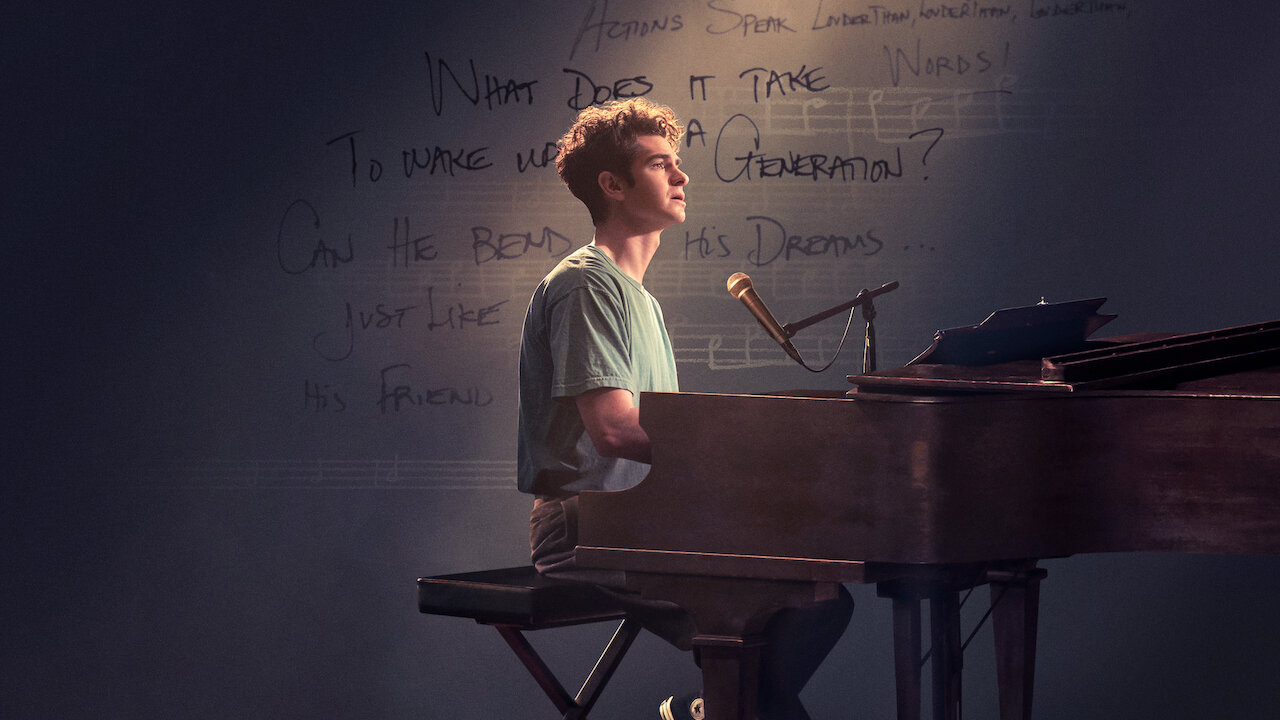 The incomparable Lin-Manuel Miranda’s directorial debut is an explosive success; tick tick BOOM is everything a movie musical should be and is capable of being.  This is the rare feat, the surprising chance, the one in a million, when theatre becomes film so smoothly that it’s more an improvement than an adaptation.  This seems to be the way the play was intended to be viewed, this immersive and full of life, and although I’m sure staunch supporters of the show would disagree, I’d argue that Miranda raised the level of Larson’s already-excellent work.  Not bad for a first time director working with a bizarre production; tick tick BOOM is now Oscar-worthy, and that’s a very pleasant surprise.

Jonathan Larson is turning 30, and he’s not very happy about it.  He’s been writing a play called Superbia for years, and although it’s finally being workshopped and could soon be produced, he doesn’t feel that everything’s finally coming together; he can’t think up key, new songs, he’s losing his girlfriend because of his devotion to his play, his best friend has sold out, leaving the bohemian lifestyle, and his job as a waiter at a diner simply sucks.  But art isn’t crafted out of comfort, it’s born out of struggle, and Jonathan has a true talent that has been yearning to break free for almost three decades.  Now is finally his time to shine, and our time to look back on the humble beginnings of a man who would become a legend.

If you don’t know much about Jonathan Larson, he created Rent, but didn’t live to enjoy its cultural success.  But before Rent, Larson wrote Superbia, which wasn’t ever produced, but would lead him to write tick tick BOOM, a one-man show about a failed playwright named Jon who writes Superbia but can’t get it produced; you see?.  It’s mostly auto-biographical, somewhat stylized, and this is the film version, fleshed out with a real cast and a real story, bringing the magic to life, letting us meet Jonathan during the heart of his artistic struggle.  This is his story, and it’s an amazing tribute, but it’s also simply an incredible film.  Rarely are movie musicals done so well, but leave it to Lin-Manuel to understand what needed to be done and just how to do it while, still honoring the man who birthed it.  At the same time, Andrew Garfield is the perfect person to play Jon; he’s got heart, power, precision, and a likeability that’s incredibly infectious.  Tick tick BOOM is a great adaptation, has a catchy format (that takes a minute to get used to), blasts awesome music, gives us great characters; there is nothing done half-assed, nothing left unpolished.  Cool cameos, surprising humor, real emotion, impactful moments, brilliant songs; this musical has it all, does it all supremely well, and will sit solidly on my list as a Top 5 film of the year.