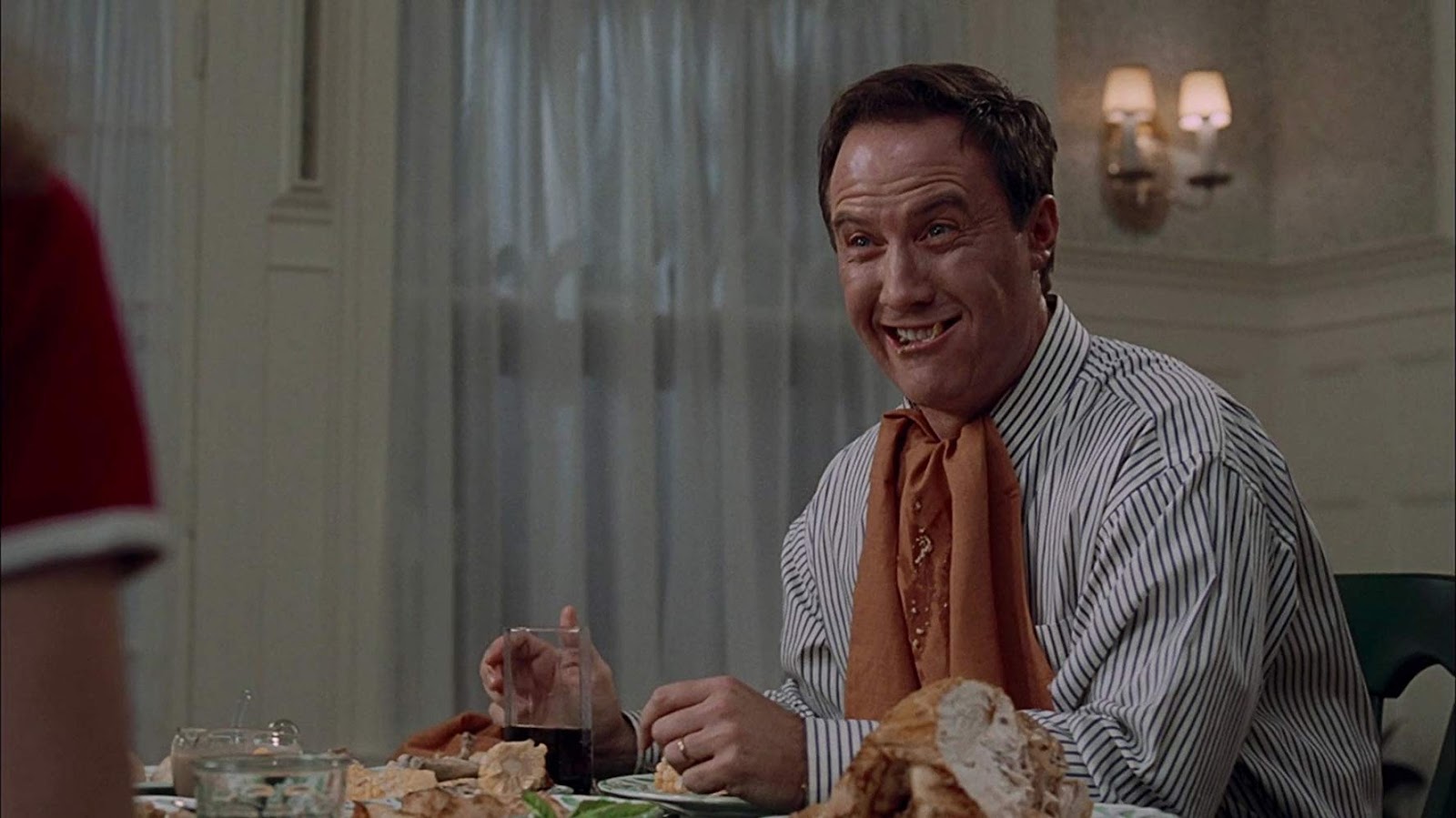 Having just read the King book, I thought I’d try the Holland movie, and the result was …sad.  The book isn’t the absolute best, it’s more a novella than a novel, fleshed out when it really didn’t need to be, or, conversely, not crafted into something that could stand on its own when it grew in size.  Either way, it didn’t work perfectly, and therefor isn’t top shelf King, but it still chills, it still thrills, and it’s still a good read.  The film version, though, is not a good watch.  It’s bad down to its bones, and rotten to its core.

Billy Halleck is an overweight lawyer whose life has become as comfy and careless as his eating habits.  He’s a pretty big deal now, commands some local respect, lives on a nice street, has a pretty wife, no real problems to deal with, and it’s starting to make him a little lazy.  But one tragic event wakes him completely up, and will set the tone for a deadly downward spiral.  Distracted while driving, Billy accidentally hits and kills an old Gypsy woman who was part of a group of vagabonds who recently rolled through town.  It was a mistake, Billy gets off without even a slap on the wrist, but the Gypsy pater familias isn’t so forgiving; he not only puts a curse on Halleck but on all involved in what he sees as a coverup.  Now Billy is losing weight at a tremendous pace, which seems OK at first, but soon turns dangerous, and leads him far away from the white picket fence life he had grown so accustomed to.

First off, this feels like a 90s, made-for-TV, USA Network original, or something even worse; there’s a bad sense throughout that it was planned cheap and manufactured cheaper.  You know the style, they can be fun anyway, but not this time around; Thinner is a terribly amateur take on a cool book.  First, from the beginning, there’s a weird sense of humor, but only when Billy is fat, like his weight makes him comedic, and then later it’s not funny any more.  I see what they did there, but I didn’t like it, and the film simply doesn’t carry the same mood as the book.  They also changed some events, which, fine, I get it, this is the movie version, but they didn’t change them for the better.  It was stupider, sillier, choppier, more frantic, less professional, had odd dream sequences, and made very little sense as a sweeping story.  It was as if no one really cared to do a good job, and it showed.  King pops up in a cameo; he probably should have stayed further away.