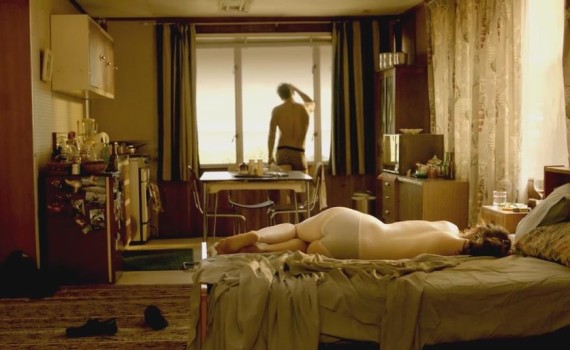 Why are Australian movies better than American movies?  It can’t just be me, though I am a sucker for the accent and how so many seem fairly apocalyptic because of the heat, the scruff, and the color use.  Come to think of it, quite a few of the Australian movies I’ve seen have been decidedly post-apocalyptic, but that’s in their favor, not to their discredit.  Anyway, there are some excellent films coming out of that country, for whatever reason, and it’s time we paid attention.  Mad Max, Crocodile Dundee, Romeo + Juliet, Moulin Rouge, Rabbit-Proof Fence, The Proposition, The Hunter, Tracks, The Rover, Fury Road; just to name a few, and not including everything done by The Wiggles, of course, my personal favorite being Wiggly Safari with Steve Irwin.  But again I digress.  These Final Hours is another strong, physical, end-of-the-world film out of Australia that we should all be watching.

After a cataclysmic event, the Earth is about to be destroyed.  The Americas, Europe, and Africa are already gone, with Australia next on the list.  In half a day, a wall of fire will have reached Perth and killed everyone who lives there, so now is the time to make your last wishes.  For some, that means gathering with family.  Others loot & kill, some have sex, and a few hold on to their everyday lives.  For James, it means heading to a party to see his girlfriend one last time.  But to do so he’ll have to abandon a woman named Zoe who he’s falling in love with but holding himself back from feeling responsible for.  So he abandons what might be the last good thing in his life, and heads to the debauchery across town to live his final minutes.  But along the way, he saves a young girl named Rose and begins a journey that just might teach him how to recognize the important aspects of your life & to make peace with the rest.

The movie reminded me of a modern On the Beach, a 1957 novel set in Australia and telling the story of the end of the world.  In it, the apocalypse comes slowly, the book even making use of the famous T.S. Eliot line “This is the way the world ends, Not with a bang but a whimper.”  This film is far more quickly paced, with the knowledge of impending doom but without the time to live out lives before it happens.  In that way, it’s more like Seeking a Friend for the End of the World, but not goofy in any way.  These Final Hours is a metaphor for living your life as it happens, a dramatization of the importance of surrounding yourself with the right people, accepting love as it comes, and taking responsibility for your existence.  It’s also a really cool Armageddon film that shows the different ways people choose to die/live their last day on Earth.  In so many ways, including great color & good acting, it’s another strong Australian film that uses the natural backdrop of the country to place a classic story upon, and then weaves powerful emotions through a short period of time, entertaining but also captivating.