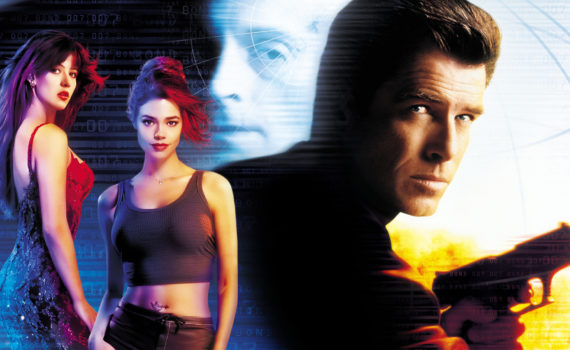 I’ve gone down the rabbit hole that is the Brosnan Bond quadrilogy and it’s a dark, scary, awful place.  I watched the movies when they came out, sure, I enjoyed them just fine, but I had no idea revisiting them would be this painful; they are physically hard to watch.  GoldenEye is at least fun, if bloated beyond belief, but Tomorrow Never Dies is basically an insult, and it’s not even the worst that’s coming our way; The World Is Not Enough is incrementally but nauseatingly worse.  It got a little darker, a little more serious, added some sex appeal, but didn’t magically become any more watchable than its fellows; there’s no reason to watch beyond background entertainment, and even that reason isn’t strong enough to overcome all the reasons to stay far, far away.

James Bond is at it again, saving the world from madmen and looking like a stud while doing it.  This time he’s just seen the death of British oilman Robert King at the hands of terrorists, and his daughter Elektra might be next.  She’s now leading an oil pipeline across Azerbaijan, but the Russians are creating their own lines at the same time, and the competition has become deadly.  Bond falls for the girl, but she might not be as innocent as she appears, when a nuclear bomb threatens the Russians’ work and the man behind the terrorism is connected to Elektra; Renard, the villain who feels no pain.  With the help of a nuclear physicist named Christmas, Bond must stop all the chaos, before the world heads down the wrong path.

It’s bad; it’s very bad.  The World Is Not Enough tries to right the ship, it really does, but it simply doesn’t work.  The things the should have worked; a darker theme, a more serious tone, two very sexy leading ladies, a bad guy who isn’t such a dumb caricature.  But if wishes were wings pigs would fly, and this movie never gets off the ground.  Instead of making it better, these attempts just make it boring, so deadly, debilitatingly dull.  It’s a snooze fest where the others were plain silly, and that’s not really an upgrade, it’s just a different reason to dislike.  And then there’s Denise Richards, the world’s worst actress in the world’s worst role, who was the yin to the pleasant appearance of John Cleese’s yang.  What a messy misstep and yet another failure to launch the Brosnan Bond series in the correct direction.