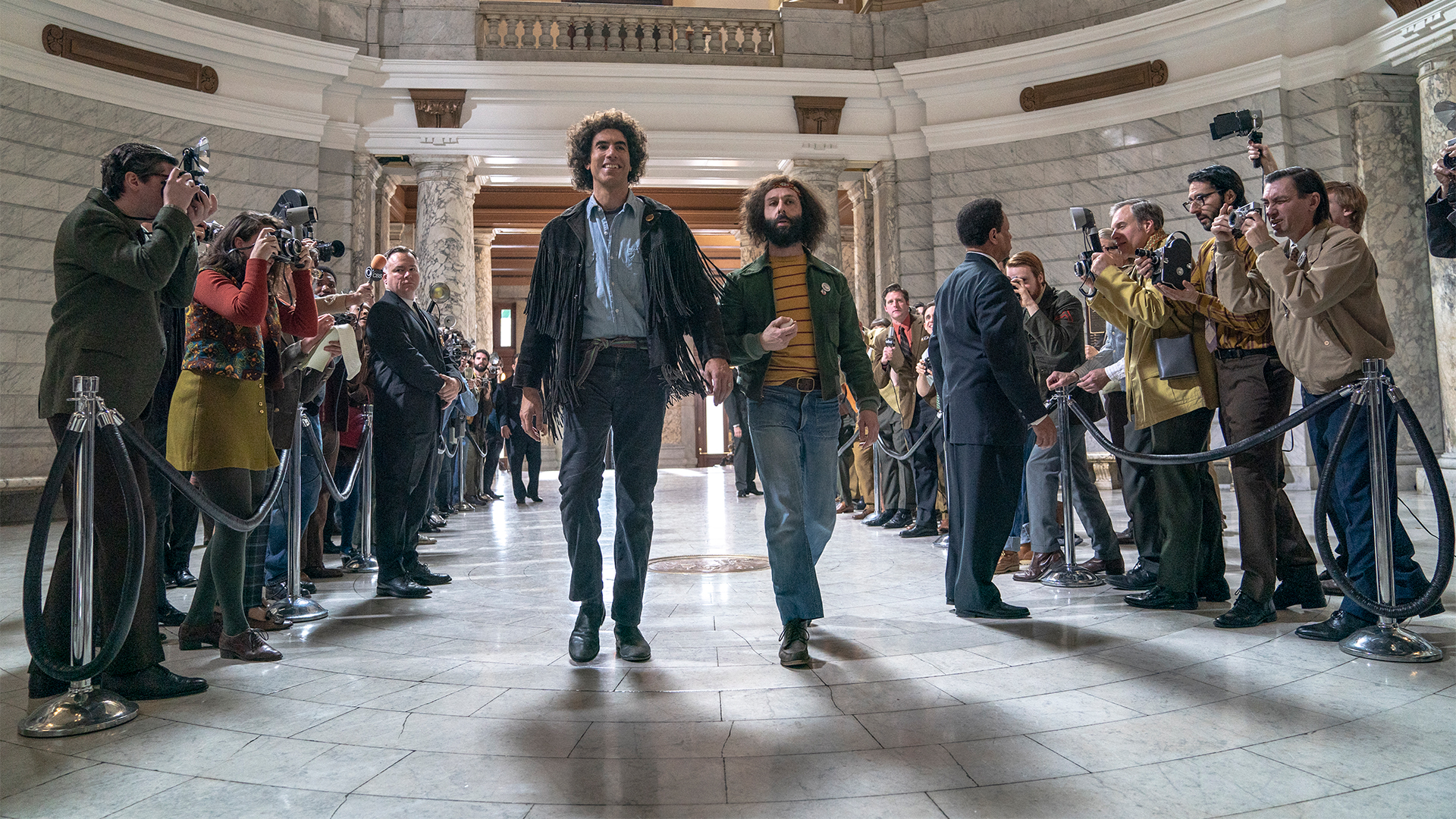 Aaron Sorkin’s second feature film as a director is also his second best feature film as a writer, and that latter part is saying something; Sorkin is a verifiable genius as a screenwriter.  A Few Good Men, Malice, The American President, Sports Night, West Wing, Charlie Wilson’s War, Social Network, Moneyball, Steve Jobs, Molly’s Game; you want talent, you want fast-paced, intelligent, pointed drama, you’ve come to the right place.  The guy’s a wizard at weaving narratives and natural biopics, and The Trial of the Chicago 7 is one of the best he’s ever created.  Don’t let the fact that it came out quietly on Netflix fool you; this is a Best Picture contender, or would be in a normal year, and it’s ready to blow you away if you’ll let it.

In the summer of ’68, Chicago was abuzz and about to get violent.  Martin Luther King has been killed, so had Robert Kennedy, and Hubert Humphrey was soon to be selected as the Democratic candidate for the Presidency, a move that would basically guarantee the election of Republican Richard Nixon.  With the Vietnam War raging, tensions were high, and many parties began to coalesce in Chicago to protest the nomination, the war, the police, you name it.  Among them were seven men who would soon become household names, for they were chosen, after a riot, to be punished for the supposed crimes of the mob.  The trial was a farce, the era a madman’s daydream, and the result historic.

First, let’s just take a second to appreciate this cast, because it is spectacular: Eddie Redmayne, Alex Sharp, Sacha Baron Cohen, Jeremy Strong, John Carroll Lynch, Yahya Abdul-Mateen, Mark Rylance, Joseph Gordon-Levitt, Frank Langella, Michael Keaton.  Cohen & Strong were phenomenal, bringing humor to the horror, which is exactly what this film needed, because otherwise the weight might have simply broken us.  It’s a heavy, awe-striking, relevant story that smacks hard because nothing has changed in 40 years, just the names of the assholes in charge.  Think Spotlight and Big Short and Social Network, quick, witty, heady exposés with a dark center and a little comedy swirling around the outside just to keep us sane.  This is a tale we need to hear, and it’s told brilliantly; it feels like it rushes by in 10 minutes not two hours, but its impact will be felt all year.