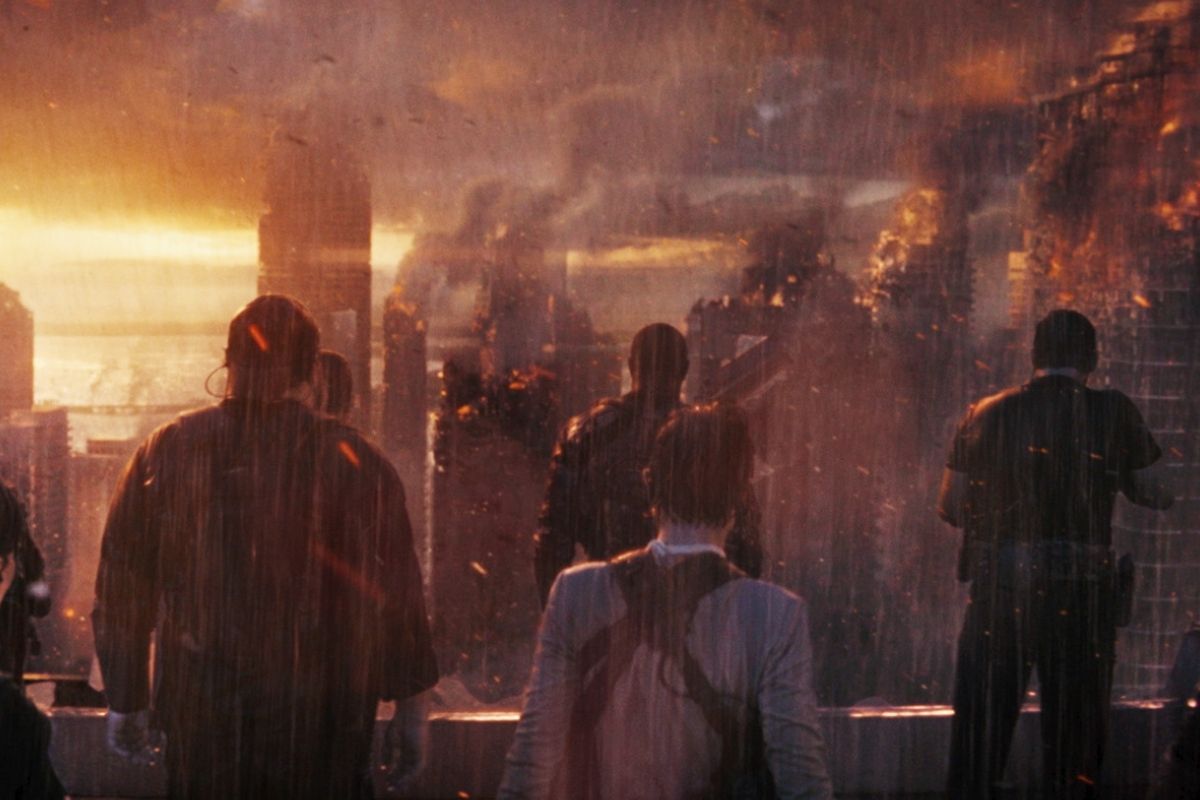 I’m not trying to be Scorsese and decry the death of cinema, but there’s something weird going on when the guy who directed Robot Chicken, The Lego Batman Movie, and absolutely nothing else gets handed Chris Pratt, a summer blockbuster akin to Independence Day, millions of dollars, and is told to go wild.  Of course, the movie turns out bad, most people don’t care, money is made, and the world keeps turning, but I’m left with the sense that things are going poorly, at least in the streaming world, where quality absolutely does not matter.  The Tomorrow War is a bad film, it simply is; that doesn’t mean you can’t enjoy watching it if you choose to, of course you can, have at it.  But it does act as an example of a downward angle we’ve taken and that I don’t know if we can recover from.

Prepare yourself for some bad news; in 30 years almost every human will be dead.  An alien race, undetected and unannounced, will quickly infiltrate our world, eat us up, and basically wipe us out.  Our only hope in the future relies on the people of the past; or, present maybe, I’m not sure.  Basically it’s like this; the soldiers of the future figure out how to travel back to the past, they ask us for our help, and we begin a draft to send bodies forward in time to help fight a war that hasn’t even started yet.  It’s confusing, but imagine you’re Dan Forester, who gets sent forward only to meet his now-grown daughter, who, with his help, is attempting to save the world by poisoning all the aliens.  Good luck, god speed, and try not to die.

First, it’s just silly that they were like, “yeah, Robot Chicken, funny, give him millions, tell him to make a spectacular action movie.  No, we don’t care if it actually is one, everyone is at home, they’ll watch it and drool, trust me, it’s Chris Pratt.”  It’s gross how we’re being manipulated, and maybe taste levels have always been low and I’m just now getting angry about it, but it seems to me like cinema is being dumbed down pretty harshly right now, with crap literally streaming into our living rooms.  Because this movie is crap, I promise you; it’s a knock-off of Edge of Tomorrow but without anything that makes that surprisingly excellent film tick.  This one is more Army of the Dead, a pointless, brainless, generally stupid shoot-em-up flick that depends upon audiences not remembering what good movies used to look like.  I especially liked when the head of an entire department of the future military THAT SHE INVENTED is the only person working on the poison, and then tells Dan that he’s the only person who is willing to go back in time with the poison.  Yeah, great plan, do it all in secret, that’s not an idiotic manufactured plot point at all.  This is just a really poorly-made film, not thought through, and not well-constructed, with bits & pieces from a dozen other, better movies mixed in for good measure or because they didn’t know what else to do.  They didn’t know how to make a movie, that’s what, and no amout of Chris Pratt (who I like as an actor) is gonna save the day.