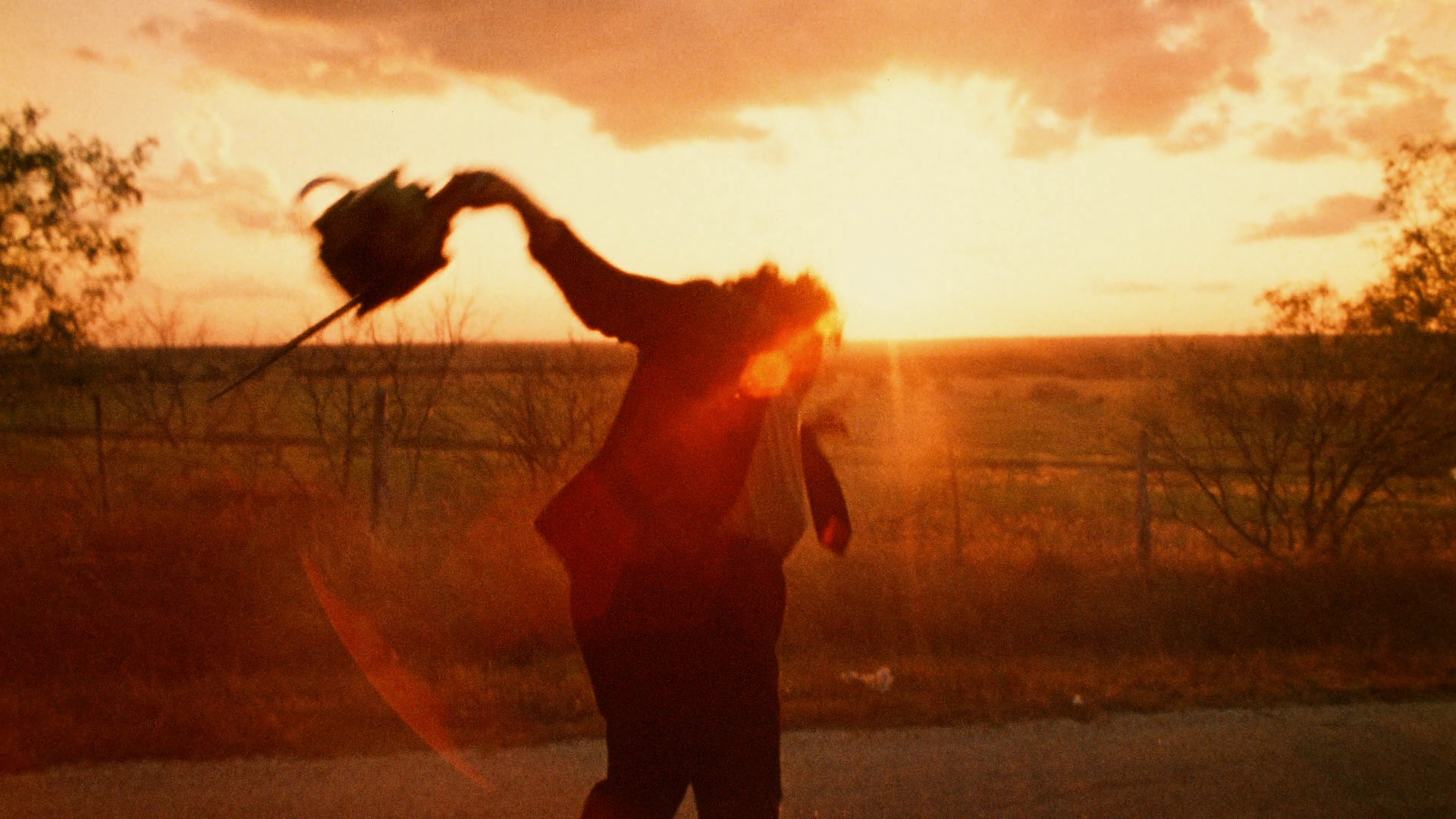 The Texas Chain Saw Massacre is a pioneer of the grotesque, a horror explorer that went places that made us very uncomfortable, and that’s why we still applaud it loudly.  That doesn’t mean it won’t make your stomach turn, but there’s a reason this film is regarded as a icon, not just a cult classic, and it’s still apparent today.  That is, if you can get pas the cheesy 70s acting, clothes, mistakes, rigamarole, the whole works; but if you can there’s a sneaky-good horror flick hiding somewhere underneath.  This movie started a franchise, the franchise changed the landscape, and the landscape remains affected, so credit where credit is due, even if Texas Chain Saw‘s not for you.

Five young people go on a road trip through Texas, and it won’t end well.  Sally, Franklin, Jerry, Kirk, and Pam are checking on a disturbance at a graveyard, where bodies were dug up and arranged for no apparent reason.  On the route, they come across an old slaughterhouse, and revel creepily in the gruesome acts performed there.  They also pick up a strange hitchhiker, who cuts himself, others, lights fires, and then gets thrown out of the van.  Reaching there destination, an ancient family farmstead, they go their separate ways to explore, but soon find themselves in real danger of true evil.  A nearby plot of land hides a sinister secret, and a man with a chain saw makes short work of any meat that stumbles his way.

It’s gross, don’t think about it too much.  But it’s also masterfully done; how uncomfortable we feel, how sick it makes us, how bizarre the villains are, like the main characters stumbled into hell without knowing how.  It’s zany and at the same time disturbing, like a bloody, vomitous nightmare, but, hey, some people like that, they’re called ‘horror fans’.  It’s not for everyone, but if you get get past the bonkers facade there’s some real talent underneath.  Well, some real cinematography and art directionmaybe, not any real acting or writing.  You don’t really need to hear it at all, you could listen to chain saw buzzes the entire time and not miss a thing.  It’s 70s, it’s silly, it’s weird, it’s wild, but it’s also kind of brilliant in its own way, and sticks with us all these years later because it may just have broken some important ground.