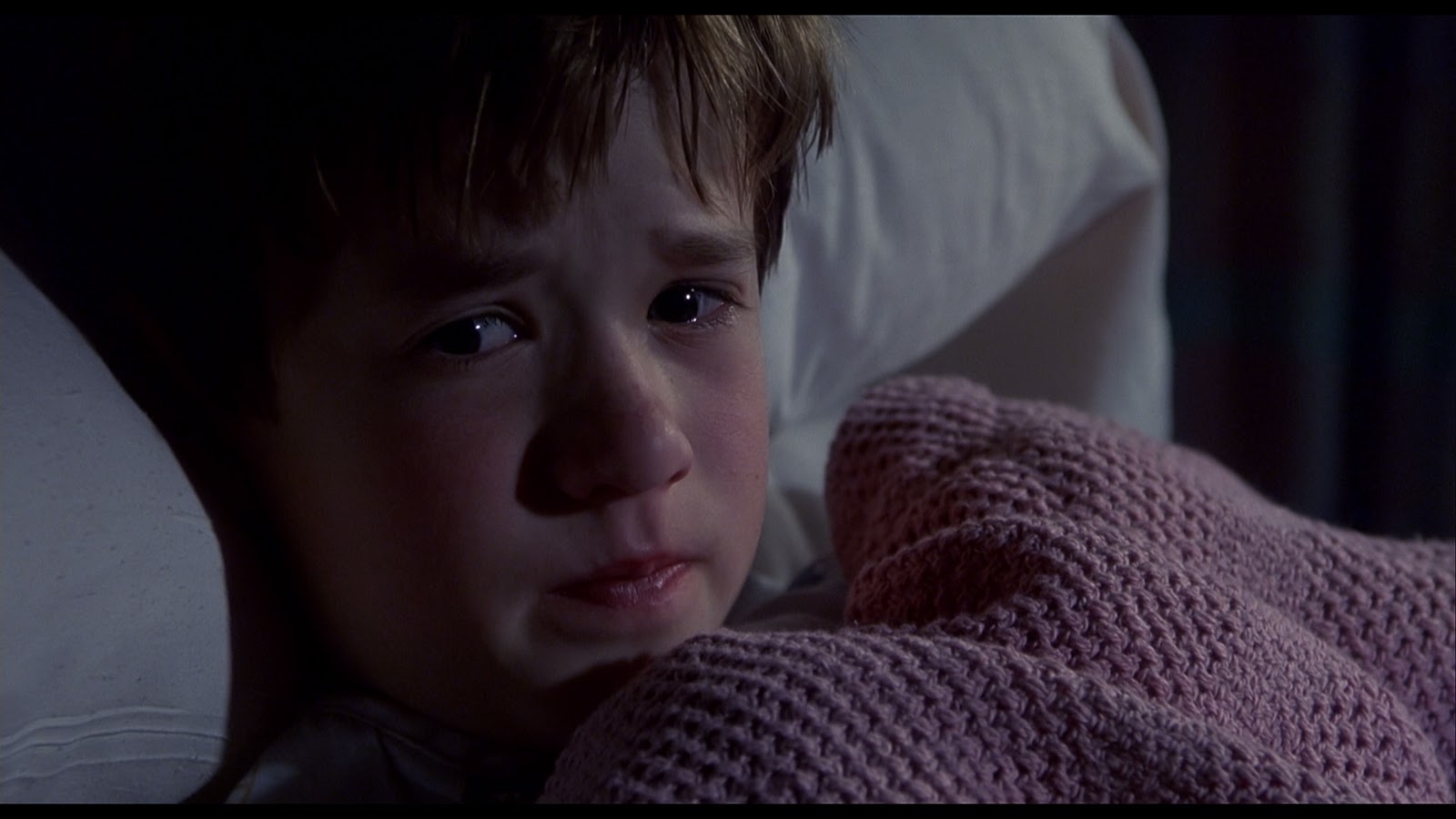 Sixth Sense was Shyamalan’s big break into the industry, and launched him toward being a household name.  For four films in a row, he was the King of Suspense and the Master of Twists, but either his magic wore out or the gimmick ran thin, because the hits stopped coming.  We can argue whether or not he’s now bounced back, but there’s no fighting over the fact that his original quartet are some of the finest scary movies we’ve ever seen.  And it started with Sixth Sense, a deceptively simple story with hardly any real frights, but wow is it still creepy, creepy cinema.

Malcolm Crowe is a child psychiatrist and an expert in his field.  But when a patient who he failed returns to his life to enact some twisted form of vengeance, Crowe’s bright future is significantly dimmed.  Now many months later, Crowe attempts to help another boy who reminds him of his old patient, the one he couldn’t save, while he also attempts to save his marriage, which started to collapse soon after the violent incident.  This new child, Cole Sear, is in a constant state of fright and paranoia, and claims to have a secret that no one will believe.  When he finally opens up, Cole tells Malcolm something that will change both their lives; he sees dead people.

Obviously this is an early attempt by Shyamalan at a genre that he later nearly perfected, and you can tell that, watching it now; Sixth Sense is imperfect, perhaps a bit unpolished, and could have used a better leading man, someone who didn’t come off like a cop trying to pretend to be a therapist.  But, if you didn’t experience this film when it came out, all I can tell you is this; it didn’t feel amateur at the time.  It felt goddamned scary, and the twist was shocking, the story unfolding piece by piece and sucking us in all the way.  Watching it now, sure it isn’t flawless, and you already know the trick, so it can’t feel the exact same, and some of the problems shout a little louder, which makes total sense.  But in 1999 this movie was masterful, and because Shyamalan would continue from here we give him extra credit for the film that started it all.  Collette is awesome, Osment is brilliant, Willis is silly, but the cast upholds the promise of the plot, and the movie works on many levels, even when we know what’s coming.  This is a project that I refuse to let grow stale or dated or overworked, because I can see how it could be viewed that way; I simply don’t want that to happen because I think it deserves better.