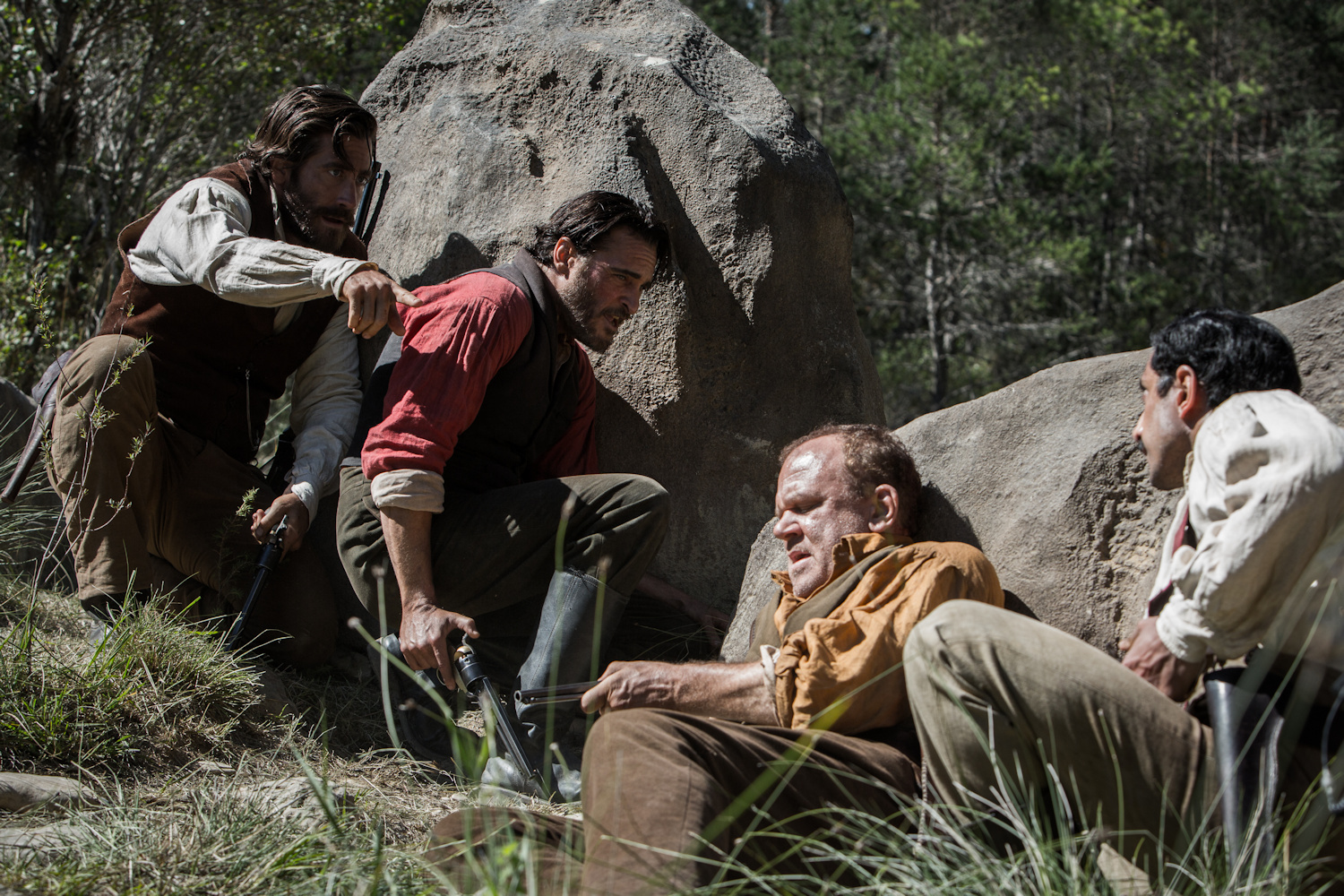 I think we’ve been wrong so far about who the greatest male actor in Hollywood is, and it’s time to remedy that.  You could toss out a dozen names of phenomenal actors over the last few decades and you’d get no fierce argument from me: Denzel, Hanks, Leo, Pitt, Day-Lewis, Bale.  I’m sure there are plenty more who I’m not thinking of who deserve to be in that group, and I’ve said before that Philip Seymour Hoffman might have been the best I’ve ever seen, but sadly he’s gone now, which is a bitter shame.  Even in this movie, there are professionals who you could make an argument for, like Phoenix and Gyllenhall, two incredible talents who have proven themselves as they’ve grown up.  But we’re still overlooking one of the most consistent actors we’ve ever seen, a man who is perfect in every role, be it dramatic, comedic, or animated.  I’m talking about none other than that lovable galoot John C. Reilly, a once-in-a-lifetime miracle of personality and skill who we need to start appreciating on the same level as the ability that he constantly displays.

The Sisters Brothers, Charlie and Eli Sisters, are the terrors of the Oregon Territory, a duo of hired guns who will kill anyone for money and are pretty damn good at their job.  Their latest mission for their enigmatic and powerful boss, The Commodore, takes them south all the way to San Francisco, after a man who has supposedly stolen from the Commodore himself, a deadly and stupid idea.  This man, Hermann Kermit Warm, is on the run down toward California, and an associate of the Sisters’, John Morris, has been sent to track him down.  Morris finds him, Charlie and Eli kill him, the Commodore rewards them, easy peasy.  But not quite, because there’s more to the story than meets the eye.  First, Warm didn’t exactly steal something, it’s more that he knows something, and when Morris finds out what it is, he may not be so keen to turn Hermman over to the bloody hands of the Sisters, who aren’t exactly knowledgeable about the situation either.

I had assumed that this film was designed to be a comedy, at least a dark comedy, that’s how the trailer made it seem, but the final product was much different and much better than I could have possibly imagined.  First, yes it’s funny, but not just darkly, depressingly, like graveyard humor with a lot of brains spattered in for good measure.  It’s far more a classic Western than I had pictured it to be, but with humor and horror sewn into the gaps of the fabric in such a way that the entire piece is really quite seamless.  Audiard must love Westerns, you could feel that, and I love how he brought this one to life.  He had a leg up though; this cast is fantastic.  Reilly, I am not kidding, might be the best actor we have ever seen.  You assume he’ll take a backseat to Phoenix and Gyllenhaal, who do great work themselves, but he is the star of this movie, and thank god for that.  His character turns it into something special, not just another rodeo romp, something much more personal and heavy and moving.  And then there’s Riz Ahmed, who we all recognize as a budding talent who is going to change the landscape of cinema; he’s that damned good.  Add in Rutger Hauer and Carol Kane in tiny roles that just spice things up a little; genius.  Think more Slow West combined with The Salvation than anything else, and watch those films while you’re at it if you haven’t; I might take my own advice and watch them all again, a trio of awesome genre flicks that desperately need seen.