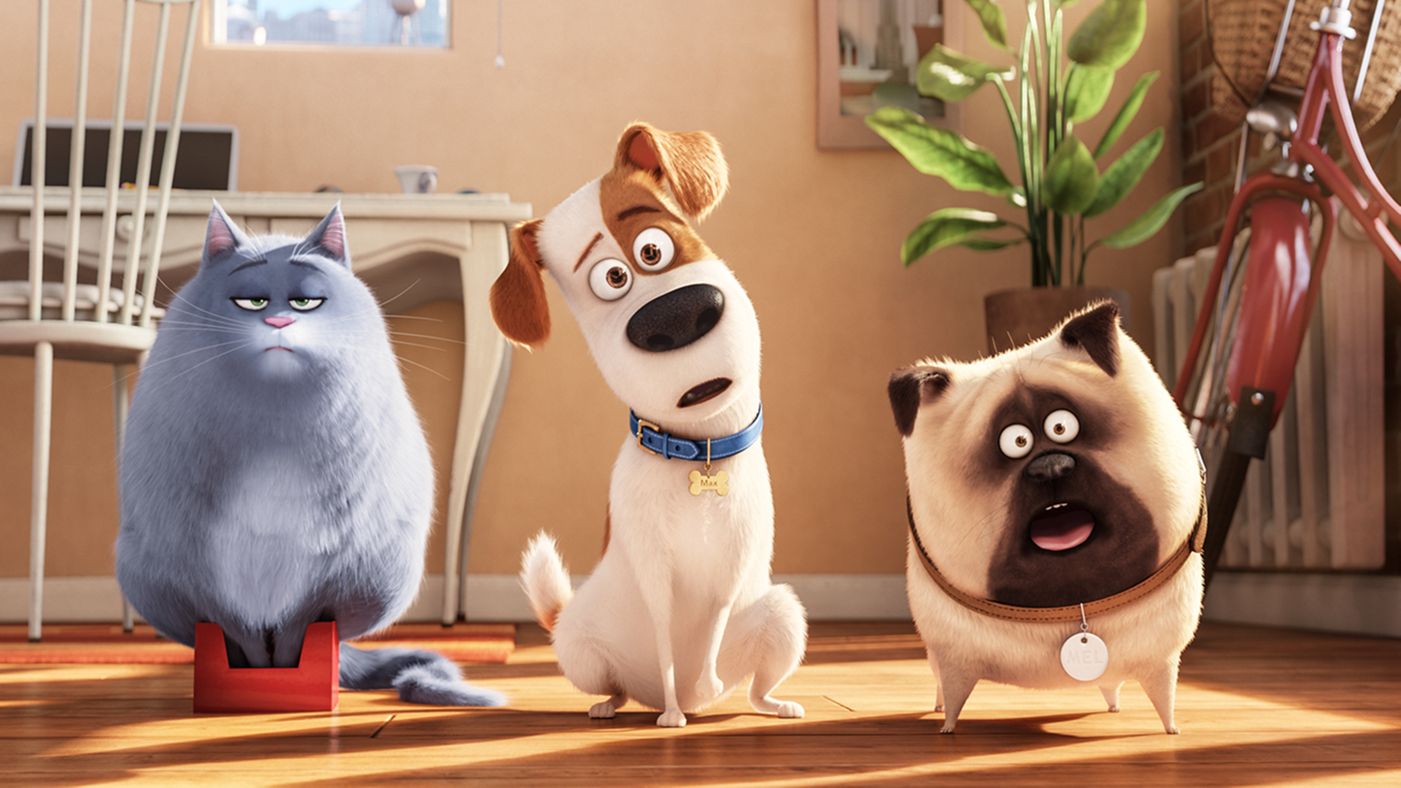 Saying that an animated movie looked really good can be the equivalent to saying that a person you met had an attractive personality; what you’re not saying is speaking volumes.  Such is the case with The Secret Life of Pets, which doesn’t have a lot going for it, so you might be inclined to search for nice things to point out, since your kids are looking at you expectantly.  It’s simply a throwaway children’s movie with little else to offer but common entertainment, a movie you won’t want to watch with your family, being better off seeing it out of the corner of your eye and nodding every once in a while to show that you’re engaged.

When Katie goes to work, her dog Max anxiously awaits her return, but that’s not the only thing that’s happening behind closed doors; the pets of New York City have entire lives and relationships that their owners never see.  Max has friends, like Gigdget & Chloe & Mel, and they hang out, though their days aren’t exactly exciting.  Things are about to get more hectic though, because Max is about to get a brother.  Well, kind of, it’s more a mutt Katie found, named Duke, and decided to bring home.  Now Max’s whole existence is thrown into chaos, especially when he & Duke lose their collars, get lost, and find themselves prisoners first of the dog catchers and then of a strange group of abandoned animals who live in the sewer.  Getting home won’t be easy, and they’ll have to work together to make it happen, but Katie is waiting, so there’s no giving up.

The visuals really are all I’ve got to praise, and they were great, the movie looks so good, but other than that doesn’t really have a reason to exist.  The dogs-at-home story is cool for a minute, but that’s soon abandoned, and the plot very quickly becomes talking-animals-having-adventures, just like any other dumb comedy that you feel a little bad letting your child consume.  The characters are silly, there isn’t much for adults to enjoy, and the cast is wild and wide open; Louis, Stonestreet, Hart, Jenny Slate, Lake Bell, Hannibal Buress, Ellie Kemper, Albert Brooks, Dana Carvey, Bobby Moynihan, Steve Coogan.  The whole thing is quite juvenile, slightly entertaining, over quickly, so there’s nothing to hate exactly, there just isn’t much to love either, and there definitely isn’t a solid reason to watch.