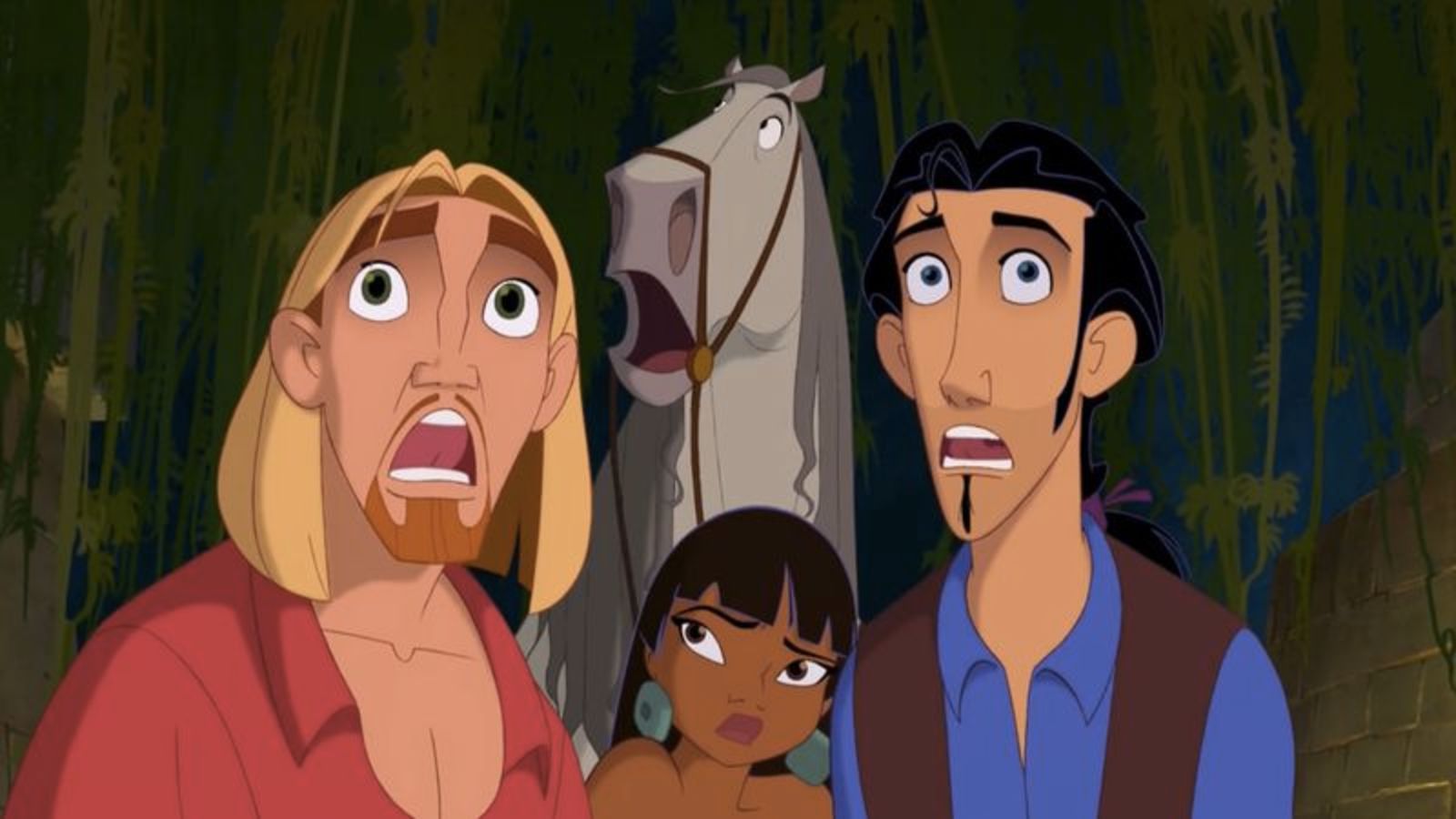 Take Lion King and Pocahontas, wrap ’em up as a gift for another studio, let someone butcher a good idea, and you’ll have The Road to El Dorado by the end; what you won’t have is a hit.  Honestly, it more resembles Atlantis, but that came out a year later; El Dorado steals the talent, Atlantis steals the plot, it’s a big mess when all is said & done, and nobody wins.  This isn’t a good movie, animated or otherwise, and there’s a reason you’ve never seen it, even though you’ve always meant to check it out some day.  Believe me, I was in the same boat, and I made the same mistake many have made; watching.  Few studios ever rival Disney, it happens fleetingly, and this flick ain’t it.

Spanish rascals Tulio and Miquel are always on the lookout for a quick buck, and when they stumble upon a map to the fabled city of El Dorado they think they’ve finally made their fortune.  Of course, the city made of gold may just be a legend, but off they go on a blundering adventure, first getting captured as stowaways and then being shipwrecked on a foreign shore.  But their luck is in; El Dorado is real, and they really find it, plus the people there think them gods and want them to have all the city’s gold.  Well, most people think that, some are onto the pair of con men, including a sinister priest, a friendly chieftain, and the lovely Chel, whose beauty might be one complication too many.

The worst thing about El Dorado is the music; Elton may have tried his best, but god was it not good enough.  It’s so cheap, so cheesy, so without melody, not catchy at all, not original, completely embarrassing, and he should be ashamed for contributing to something so dumb.  In fact, the music might be awful, but I might be critiquing the music too harshly; it’s not that much worse than the rest of the film.  It’s a series of terrible moments copied from other animated hits that culminates in a stupid climax that no one wanted to see.  And, oddly, there are scenes that are almost sexual, they’re uncomfortable, and I have no idea why they’re there.  The whole thing is a sham, and the actors don’t help, not in the least.  It’s a rip off, a blunder, a bore, and I’m sorry I saw it.  The animation might be nice, the story might have promise, but the execution is way off, so far off in fact that heads should have rolled and studios should have foreclosed; it’s that bad.