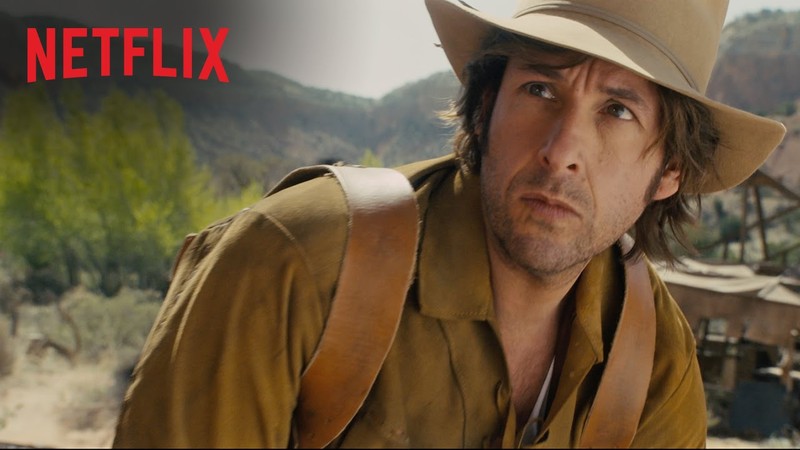 I was once told that a good critic shouldn’t open their reviews with bias, starting out with a bash-fest toward the star/director/genre based solely on personal taste.  On the other hand, I’ve always found it my style to be honest, to let potential readers know where I’m coming from, let them know what I like/dislike so that they can get an idea if they’d agree/disagree with my take.  Perhaps finding the balance between these two ideas is the key to being a great critic, and I doubt I’ll strike that thin line perfectly every time, but I’ll definitely try.  What does this have to do with The Ridiculous 6?  Well, Adam Sandler wrote it, stars in it, and created it in his own comedic image.  That happens to be an image that I can’t stand, don’t find funny, and would judge you for finding wonderful.  My bias skews my perception of this film, or maybe defines it, and I won’t pretend that I found this movie to be anything but awful.

In the Wild West, a young man named Tommy reunites with his dear old dad.  Tommy was left alone many years ago, was raised by a Native tribe, and has been known as White Knife ever since.  He’s a skilled warrior, a man who has found peace with his new life, and doesn’t want to be reminded of the past.  But when his father is kidnapped and forced to show a group of outlaws the location of hidden loot, Tommy knows that it’s his duty to save his Pa.  So he sets out on a quest to steal enough money to set his father free, but on the way he discovers that his Pa was quite the stud horse.  Tommy has five brothers, all from different mothers, and they not only want to help, but they also want to meet the man they never has the chance to call ‘dad’.  Thus, the Ridiculous 6 is formed, a gang of would-be bank robbers who just want to do what’s right, though none of them are sure exactly what that is.

Oh the stereotypes and oh the donkey poop.  No, seriously, the movie is basically two hours of stereotypes and donkey poop.  First, two hours is about an hour more than I was willing to invest in this film, and secondly, any amount of time is too much to put toward a film that has nothing at all to give.  It’s ridiculous, hence the title, and offers audiences nothing but cheap, uneducated laughs.  Indians have names like Never Wears Bra, a black man who doesn’t like to admit that he’s black plays the piano with his assuredly large penis, a Mexican loves a burro who has explosion diarrhea; I could go on & on & on but I’ll spare you the horror.  The saving grace of the film was its cameos: Harvey Keitel, Nick Nolte, Jon Lovitz, David Spade, Nick Swardson, Blake Shelton, Vanilla Ice, Lavell Crawford, Steve Buscemi, Chris Parnell, Dan Patrick, Chris Kattan, and John Turturro as Abner DoubleDay who single-handedly saved the movie from a 1-star rating.  The Ridiculous 6 is a combination of Pixels, A Million Ways, and The Animal, which is as bad as it sounds.

Many people, including myself thought it was hilarious, its an Adam Sandler movie, just plain funny.

I’ll give you that Adam Sandler doesn’t try to make his comedies anything but pure, over-the-top, farce, and I’m not even sure I could explain why I liked ‘A Million Ways’ but didn’t like ‘Ridiculous 6’. Maybe it was the stereotypes and jokes that should have stopped being funny when we turned twelve. But like I said in my review, I don’t like Sandler comedy, that taints my perception of his movies. Many people, including you apparently, enjoy his stuff, and that’s why he keeps pumping it out.