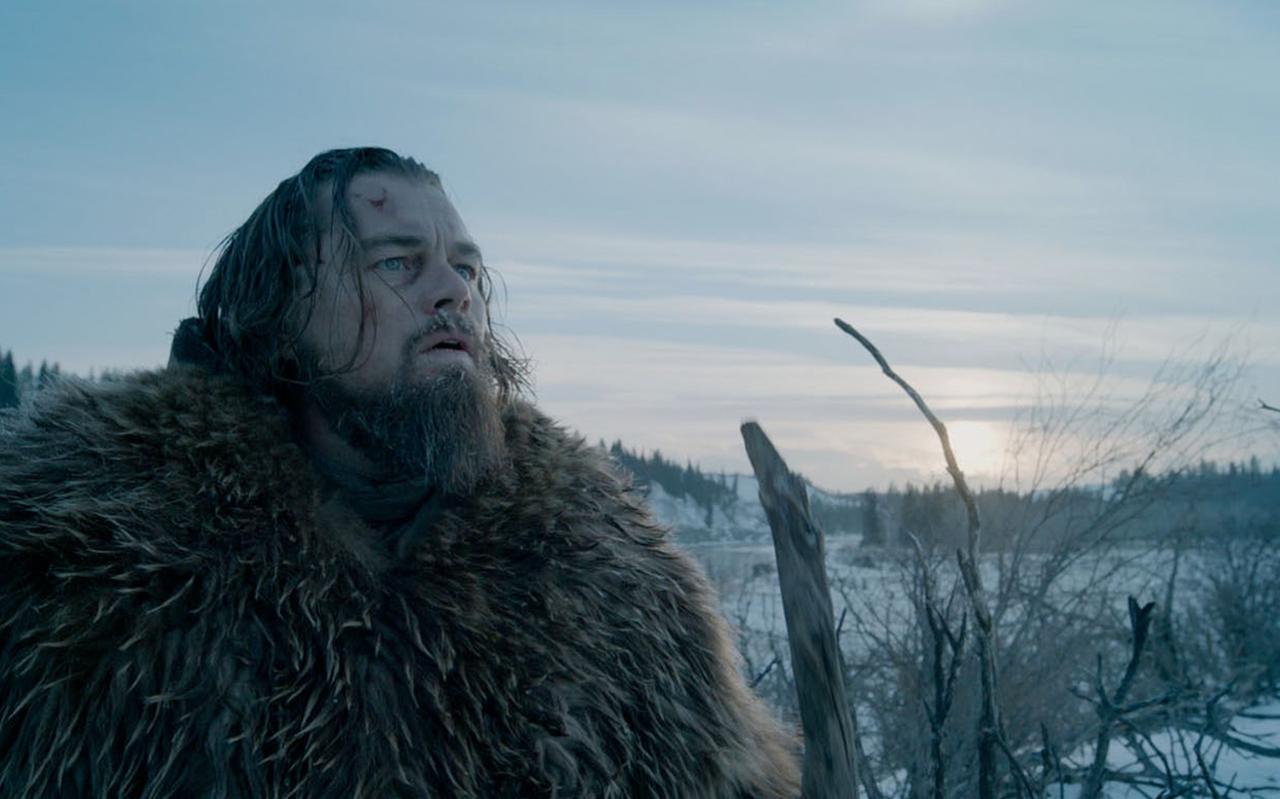 It’s finally time for Leo to win an Academy Award.  In 1994 he was nominated for Best Supporting for Gilbert Grape.  In 2005, 2007, & 2014 he was nominated for Best Actor for The Aviator, Blood Diamond, & Wolf of Wall Street.  That he will be nominated for Best Actor for The Revenant is a foregone conclusion, but this will be the year that he wins.  His only real competition will be Michael Fassbender for Steve Jobs, with Eddie Redmayne fading out of the picture after a solid performance in the mediocre The Danish Girl.  No, this is Leo’s time.  He will win the Oscar, and deservedly so, with no other actor this year giving so much to a role, emotionally & physically, taking the movie onto his shoulders and bludgeoning his way forward no matter what.  And that’s an intentional slight to the film itself, if a small one, since, without Leonardo DiCaprio, The Revenant might not have survived to reach its goal.

Based on a true story, this film recounts one man’s fight for life against all odds and revenge against the man who killed his son.  A group of trappers hunt on the American frontier, collecting hides & enemies along the way.  When they are attacked by a tribe of Natives, the few who survive begin a desperate journey to escape over the mountains to the fort that serves as refuge.  But not everyone will make it.  Hugh Glass, their guide, is injured along the way, causing the outspoken John Fitzgerald to call for his abandonment.  To aid in this, John kills Hugh’s son and leaves Glass for dead.  Only, he doesn’t die.  So begins a harrowing quest across a wild land to find a killer and to exact vengeance.  Persistent Natives, a mountain winter, barren wastelands, bandits, animals, and the weight of ultimate loneliness; Glass will have to live before he can kill. There is no doubt in my mind that Leo will win the Oscar this year, and I would be shocked if anyone else was even close.  I was impressed by Michael Fassbender for sure, but his character was very cerebral, very planned, well supported by the cast & concept around him.  DiCaprio took on a role that took much more of a toll, and also carried the film in a way that Fassbender wasn’t required to do.  Beside Tom Hardy, Leo was really the only actor who mattered, with everyone involved doing a fine job but not emerging as extremely necessary.  He was the focal point, the man who crawled through dirt screaming all the way just to get a sip of water.  He was invested more than I’ve ever seen him before, and used his body as just another tool in his arsenal.  If I were him and I didn’t win here, I might give up, take my millions, move to an island, and never act again.

Now to the film itself.  It wasn’t as perfect as its star, faltering a few times, but ultimately solidifying into a strong movie with some phenomenal pieces.  Leo was the first piece, of course, and the cinematography was probably second.  Shot only in natural light, this is as impressive a film as you’ll ever experience visually.  The action scenes jump out at you, the wilderness is bleakly beautiful, and every shot is crafted with direct intention.  And talk about brutal, which is the only word that aptly describes this movie, with every scene an unapologetic blast of nature to the face; snow, bears, freezing water, animal carcasses, rape, blood, death.  It’s as realistic a film as you’ll ever seen, with moments of pure carnage.  But Leo & action only make up 2/3 of the film, the rest given to surprisingly boring, overly artistic, Terrence Malick-esque visions of skulls, peering into forests, and looking up at tress.  To balance the brutality, Iñarritu added in moments of Zen, but they just came across as vague & befuddling rather than fascinating.  They were distracting instead of adding depth, and the whole film would have benefitted from throwing those moments onto the cutting room floor and making the film 45 minutes shorter.  As it stands, The Revenant is still one of the year’s must-sees.  It’s in-your-face, mostly fast-paced, expertly shot, masterfully acted, and should land its star an Oscar.  But it isn’t a perfect film and won’t get my vote for the best of the year, landing in the Top 20 instead of the Top 10, which isn’t too shabby.