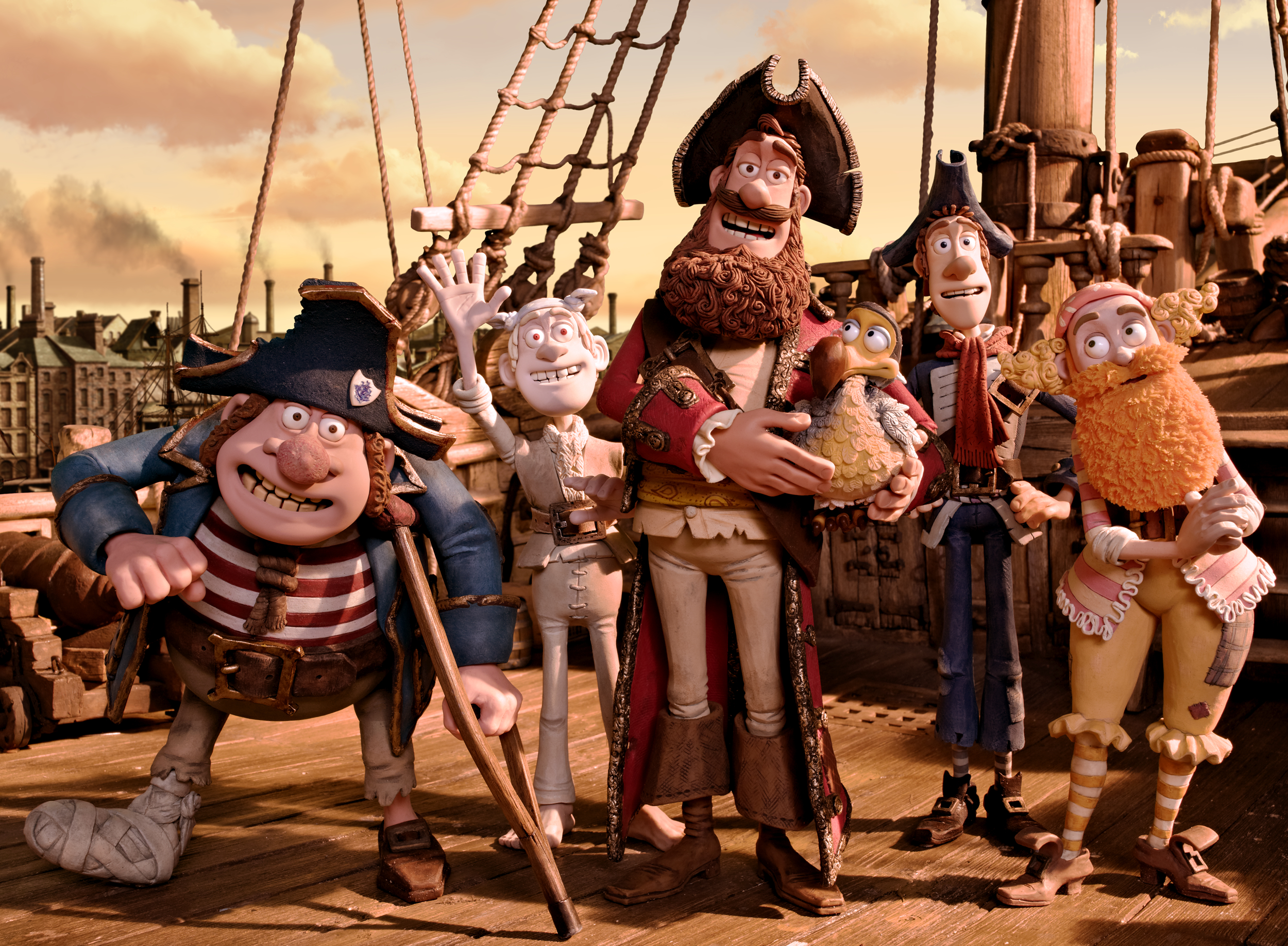 Welcome to another Aardman Animation adventure; you’re gonna love it.  Well, as long as you like your movies bonkers and British, because that’s what this company always highlights, wacky humor and wonderful English wit.  Chicken Run, Wallace & Gromit, The Pirates, Shaun the Sheep, Early Man; it’s a stop motion extravaganza and we’re all invited.  It’s also a bit of a specific genre, something you’ll either sink into or you won’t, there’s not much room for lukewarm sentiment, so here’s hoping that this is your style.  It may not exactly be mine, though I do dig Laika, but I always enjoy sharing something that isn’t Disney with my kids, and, what’s more, they always appreciate it, so off we go across the pond.

The Pirate Captain (he is known by no other name), is not necessarily a very good pirate, but he is a good captain, so that’s worth something; his crew absolutely adores him.  But he wants to be seen as a dirty ol’ sea dog by the rest of the pirate community as well, especially at this year’s Pirate Awards, where he hope to win top prize.  You have to show that you’ve plundered a lot though, and he’s only plundered a little, but all is not lost.  Stumbling upon Charles Darwin (before he was famous), the Pirate Captain learns that his parrot, Polly, is actually perhaps the last remaining dodo bird on Earth.  It would mean Best Pirate if he were to sell her and gain the gold, but he would lose the respect of his men, who are really his family, and should mean so much more to him than fame.

Other than its terrible title, everything about The Pirates is delightful, from its characters to its creativity, with not many valleys in between its high peaks.  The stop motion is fantastic, so impressive with each passing scene; it’s hard to grasp just how much work must have gone into shooting this film.  As with Laika, the art is paramount, but while Laika goes dark Aardman goes ridiculous, and that proves to be fun too, if very different.  The Pirate Captain and his crew are great, their story is surprisingly heart-warming, and there is never a dull moment with this cast of kooky collaborators: Grant, Freeman, Tennant, Imelda Staunton, Jeremy Piven, Salma Hayek, Anton Yelchin, Brendan Gleeson, Al Roker.  It’s a silly, sea-salty good time, not to be taken seriously but to be enjoyed and to be pleased by, which is exactly what this film set out to do an easily accomplishes.