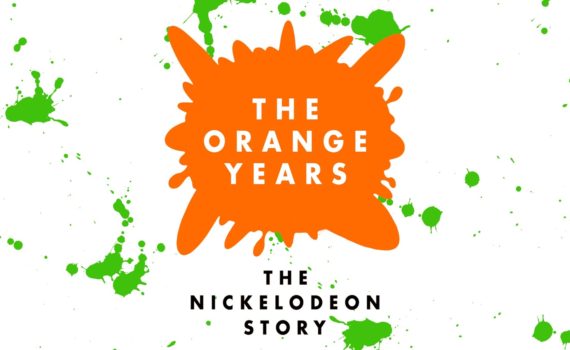 The Orange Years is a walk through my own childhood, with a TV channel holding my hand the entire way.  Those Orange Years, Nickelodeon from the mid 80s to the late 90s, defined my growing up, and, actually, helped me grow up.  As pointed out in the documentary, these were changing times for children; mothers were going to work, parents were getting divorced, technology was being introduced, we were scared and alone and confused and needed some friends.  Nickelodeon was that companion, that comfort in the morning, after school, and at night when everyone else was busy with their own lives.  And these were the golden days, or Orange Years, if you will, filled with shows that are more than iconic, they’re monuments, and, at the times, they were pure magic.

Nickelodeon began humbly and awkwardly, as the first television channel solely devoted to kids, but without the budget, knowledge, or direction required to make it big.  It was an experiment in entertaining kids that had the potential to die out early, and the programming simple wasn’t there; shows were brought in from other countries, dubbed, and released, but it wasn’t until You Can’t Do That On Television from Canada and a little game show called Double Dare that things really got swinging.  Introducing the orange splat and white type face, the company took a chance with original shows & wacky writing; what followed was history.  Doug, Rugrats, Ren & Stimpy, Rocko, Hey Dude, Pete & Pete, Clarissa Explains It All, Salute Your Shorts, Alex Mack, All That, Kenan & Kel, Nick Arcade, Guts, Legends of the Hidden Temple; these shows are historic, and gave kids the companions they needed, just when they needed them most.

Watching this documentary was like watching my own timeline unfold; I didn’t know until I saw it how much I grew up with these shows, and how much they meant to me.  It was emotional to watch the progression and growth of Nickelodeon, because I was growing then to, and little did I know how much this channel was concerned for me, was helping me, and had my enjoyment in mind.  Geraldine Laybourne was a genius and a visionary, someone who let artists do their work, let kids be kids, and knew what we needed from a place that we could call our own.  Not until Nickelodeon sold its soul and became like Disney did the magic stop, but we’ll always have the Orange Years to look back on and remember fondly, because they gave us so much to love.  These were shows that were our friends, our teachers, and our outlets; we didn’t know then how thankful we were for them, but we know it now, looking back, and it’s something that I’ll never forget.