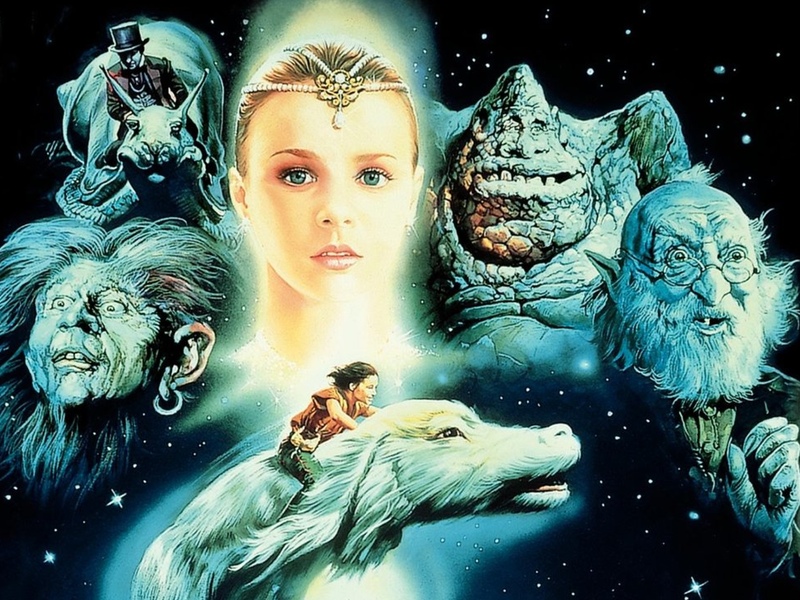 Wolfgang Peterson is an interesting director.  He basically did three movies in the 80s, three in the 90s, and three in the 2000s, at least that anyone’s ever heard of.  The 80s: Das Boot, The NeverEnding Story, Enemy Mine (hidden gem).  The 90s: In the Line of Fire, Outbreak, Air Force One (solid all).  The 2000s: The Perfect Storm, Troy, Poseidon (getting a bit grandiose and perhaps in over his head).  For my money, The NeverEnding Story is his best work, based on the book by the same name written by Michael Ende five years previous.  It’s fun, it’s adventurous, and apparently it stands the test of time, because I enjoyed it this time out, watching it with my kids, just as much as I loved it when I was a kid myself.

Bastian is an odd boy, someone who doesn’t fit in at school and hasn’t earned his father’s respect.  His head is always in the clouds, he spends his math classes drawing unicorns, and the recent death of his mother hasn’t made his want to invest even more of himself in the “real world” like his dad wants.  One morning, after having been chased into a garbage dumpster by some bullies, Bastian hides in a curious book shop, one with an owner who isn’t very friendly with children.  But he’s reading a fascinating book, one that he tells Bastian is unlike any other.  Regular books are safe, whereas this one takes you on quests along with the characters, whether you want to go or now.  So Bastian embarks upon a journey into the heart of Fantasia, through the pages of the book, and his life will never be the same.

My sister and I would borrow this VHS from the library when we were young, and we’d watch it over and over again, until we eventually got our own copy, probably at a local garage sale or some such thing.  This was one of my absolute favorites, and I used to imagine that I was Atreyu riding Artax through the swamps when I was on the swings at school, galloping away on a mission to save the Childlike Empress and all of Fantasia.  It really is an incredible story, and I’m glad I shared it with my kids, glad they loved it just as much as I did.  I had forgotten how great the soundtrack is, not just the theme song but all the music, weaving throughout the story perfectly and helping to move the action along.  It’s exciting without being too scary, magical without being too dark, and a great introduction to sci-fi/fantasy.  The NeverEnding Story is a perfect example of the genre, a timeless classic if ever there was one.