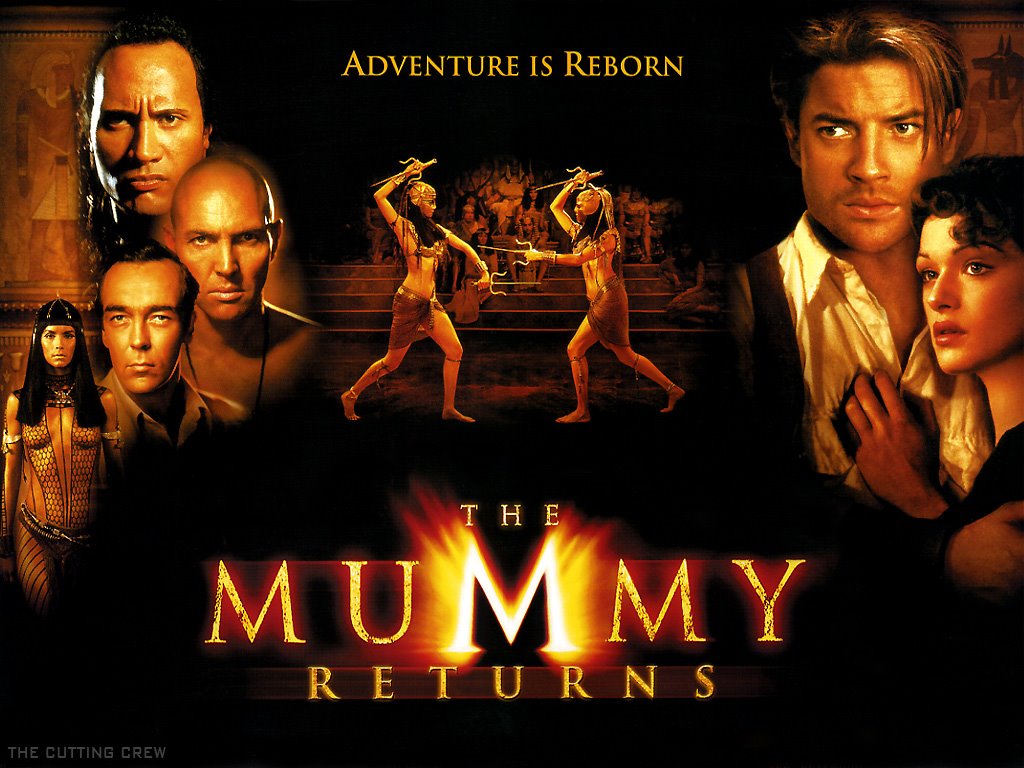 The Mummy Returns is as spectacularly bad as The Mummy is wonderfully good, the two balancing each other out like weights on a scale, but someone must have forgotten that we usually like our movies high-quality, as a general rule, we don’t require a mix 0f great and terrible.  And The Mummy Returns is sure terrible, a complete about face from what worked in the original, the sequel becoming a perfect example of exactly what not to do.  The stars return, the nods are there, they knew we wanted more, but instead of more fun we get more fluff, and the film completely jumps the shark.  It’s a difficult task, executing a sequel, and this cast & crew was simply not up to the challenge.

Once again, this time on purpose, the evil Imhotep has been awoken from his slumber to conquer the world and the O’Connell’s have to stop him before it’s too late.  A reincarnation of his ancient love has found a way to bring him back to life, but not just to be at his side, but also so that he can face the Scorpion King, commander of the armies of Anubis.  Whosoever defeats the King can command the armies, and so take over the world, making the King’s secret pyramid a site all greedy men search for.  To make matters worse for the O’Connell’s, Imhotep kidnaps their son, who knows the lost city’s location, so off they go on another adventure to rescue Alex, stop the bad guy, and save mankind; all in a day’s work.

It’s so bad it’s almost funny, but then not really, it just falls back to being plain bad.  Everything that worked in the first is amped up a bit in the second, and the result is a disaster of poor taste, poor decisions, and worse acting.  Oh the acting; Weisz can do no wrong in my book, but someone made her fight and do cartwheels, which can’t really be done with any self respect.  The plot is stupid, the action awful, the acting abysmal, the characters muddled, the Rock pops in, pops out, everyone sucks, and the whole thing goes to hell in a hand basket.  They would go on to make multiple more of these movies, and that’s just silly; the second one ruined the whole franchise anyway, and showed the world how not to make movies.  They really should teach classes with this film as a base, “Don’t Do This 101”; I think that might be the only positive to come from this utter waste of time.