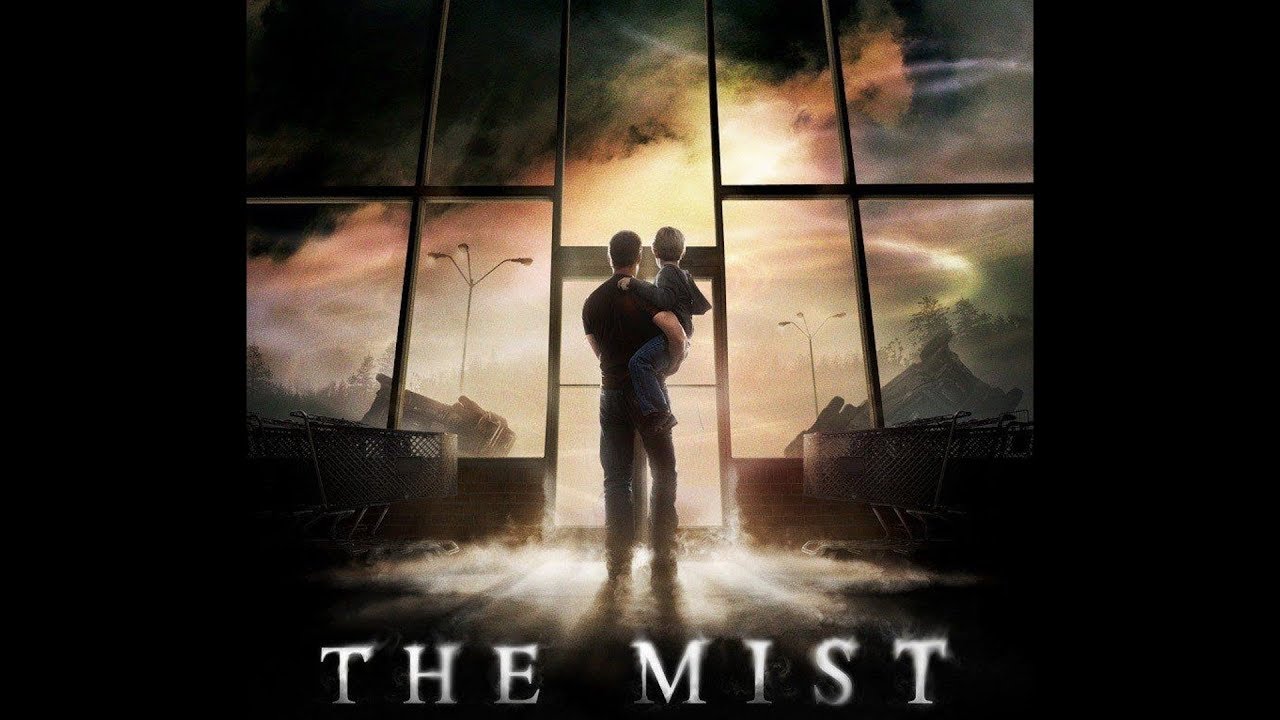 Based on a Stephen King short story, The Mist is a cool concept poorly produced, like something that sounds good in your mind but gets you in trouble when you blurt it out.  Darabont works almost exclusively in King stories, directing and adapting, and he does a nice job; he wrote & directed Shawshank, for Pete’s sake.  But Mist is not one of his successes; it’s a cheap thrill with cheaper chills, hampered often by it’s TV-caliber cast and awful animation.

A powerful storm rolls through a sleepy town, leaving overnight destruction in its wake.  In the morning, David heads to the store with his son Billy to pick up supplies and get fixin’.  But mother nature, or possibly supernature, has other plans, as a dense fog appears, a creepy mist coming down from the mountain, and it encases the whole town.  People begin to disappear into the mist, taken my creatures hiding within, while many huddle inside the grocery store for protection and food.  Will they ever come out alive, or will they turn on each other before the monsters can even get them?

It’s weird that a handful of people from this cast went on to be in Walking Dead together, which, come to think of it, is pretty similar to The Mist in quality and watchability.  They’re both good at first, interesting, based on better works, and then both fall apart fast, because the plot gets repetitive and the acting gets horrible.  The talent on display here is poor, very poor, even while some of the individual actors aren’t.  The computer graphics are also fairly awful, and all the creatures look pretty dumb.  Thomas Jane isn’t a lead actor, he wasn’t helped by those around him, and the whole thing comes crashing down very quickly; read the novella instead.