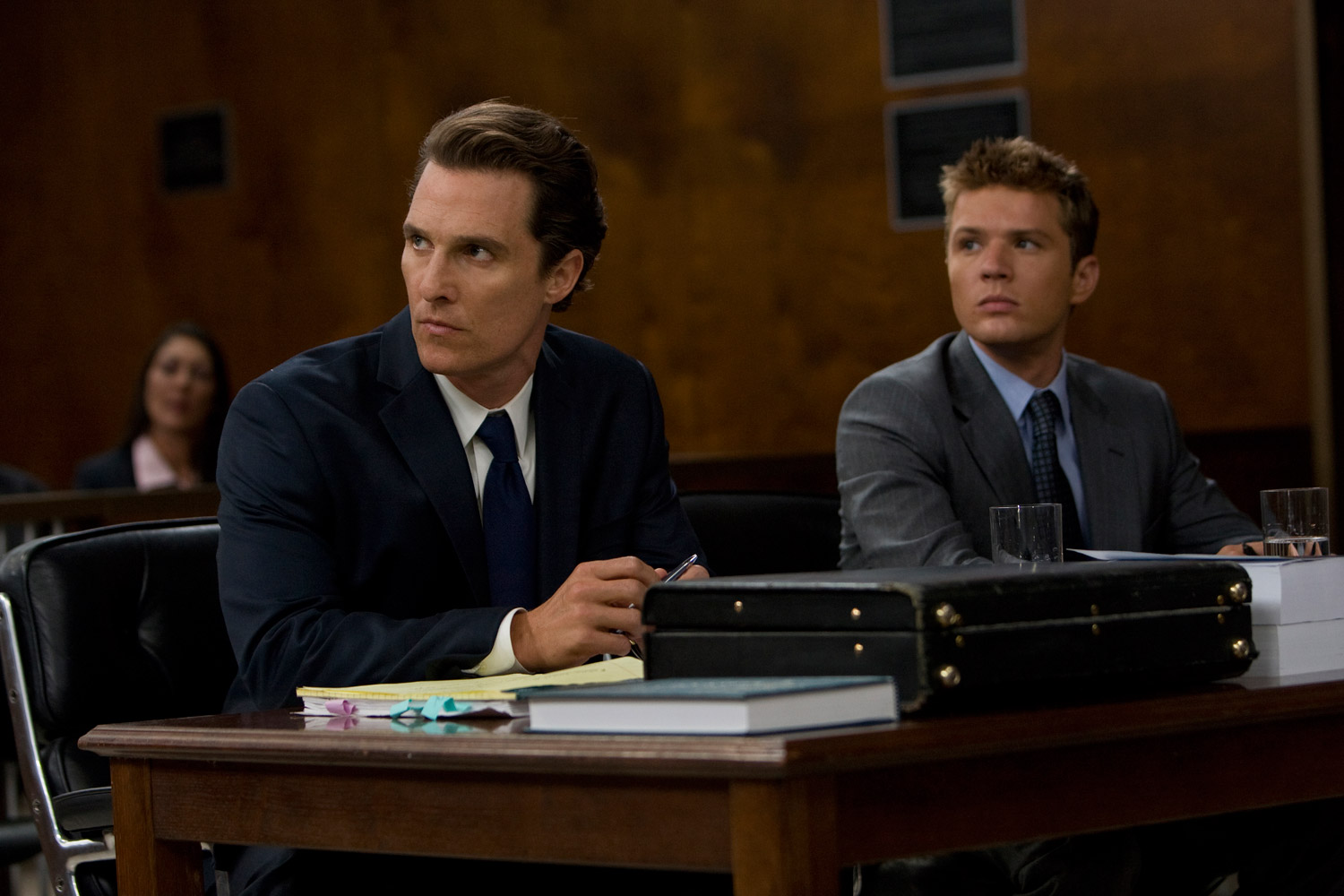 Oh the McConaughey magic, but oh the bad films he chooses.  The Lincoln Lawyer starts as a Michael Connelly book, and that means throwaway.  You know it’s gonna be filled with cliches, supposed twists, and “clever” humor; they call them page-turners for a reason, but they also never really call them good.  It’s pulp fiction, it’s silly, and so the movie was doomed to be as well, obviously.  McConaughey has that sparkle though, doesn’t he, that little something extra that makes us watch and gets us to fall in love.  He single-handedly saves this film from destruction, and you will find yourself falling for the the many traps, might even end up enjoying yourself in the end; but that doesn’t mean that what you’ve just seen is quality.

Michael “Mick” Haller is a smooth defense attorney who’s a little on the rough side, doing deals from the back seat of his Lincoln, making plans with bikers on the highway, jumping from case to case with the artful grace of a dancer, and slicing up the justice system with a wit that’s just as fine.  His latest case will test his skills, however, as layer upon layer of deceit make his job almost impossible.  A rich young man named Louis Roulet is being charged with attempted murder after a hooker was attacked, assaulted, and only just escaped.  He says he’s innocent, but his story has holes, and Mick is about to stumble into a nest of lies, in which his own family could fall victim to deadly stings.

Michael Connelly isn’t really a good writer, Brad Furman is definitely not a good director, and Lincoln Lawyer is playing with fire from the beginning; good thing Matt was there to save the proverbial day.  He gave the ridiculous ups & downs of the story some credibility, there is some John Grisham courtroom fun, and the cast is interesting (McConaughey, Phillippe, Tomei, Josh Lucas, William H. Macy, John Leguizamo, Michael Peña, Bob Gunton, Bryan Cranston, Frances Fisher, Trace Adkins, Shea Whigham), but, overall, this is a weak film.  It’s based on cliches and standard set pieces, with weird drama that feels borrowed & refurbished.  For some reason, I thought this movie was about a lawyer who mainly worked out of his car, like he was on the outs and didn’t have any money, he was simply wheelin’ & dealin’ his way to success one black eye & broken taillight at a time.  That’s not the way the feel played out though, and I was disappointed, because, basically, this was just a law opera with a little Primal Fear thrown in for good measure.  A mediocre attempt at a middling idea, Lincoln Lawyer has parts that are entertainment but mostly holes that are unforgivable.