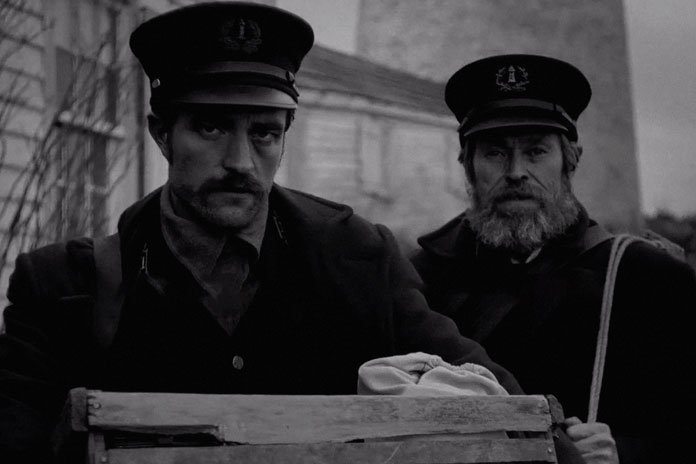 If you thought The Witch was weird, get ready for Eggers’ second project, because The Lighthouse is bananas.  It’s been long enough since Twilight that people should know by now that Robert Pattinson is an amazing actor who can do anything, and here he teams up with Willem Dafoe, the master of the bizarre and twisted.  Together they form a dynamic duo who A24 & Eggers took in hand, challenged to the max, and gambled on being great.  Well, it worked, because this film is like no other you will see this year or any other, a sea-salt drama with vivid fantasy, mixed with frightening reality, until you don’t know which end is up.  Add in a little mythology (Prometheus), a little classic literature (The Rime of the Ancient Mariner), and you’ve got something really unique to feast upon, if such is your taste.  That might be a relatively small group, this movie is raving mad after all, but for that subset, something special awaits.

Two men, one old and one young, travel to a spit of rock off the coast of New England to man its lighthouse in shifts for four weeks; a hard task on a hard island.  The older, a veteran sailor and wickie, is in charge of the light itself, while the younger, a rough character and nomadic worker, tends to the mending and the hauling and the general labor.  As the weeks roll by, the isolation becomes more difficult to bare, as do the dreams, the vapors, the ideas that pop into the head, and the fantasies that can begin to seem too true.  A storm rises and threatens to maroon the men on the god-forsaken island for as long as it lasts, with no boats being able to travel and no help coming.  Their close proximity, frequent arguments, and drunkenness drive the two men near madness, with violence only an inch away, and their true natures swimming closer to the surface. Looking back on my Witch review, and also thinking about Hereditary, it makes complete sense why I liked the followup films better, Lighthouse and Midsommar, respectively.  Eggers and Aster have a lot in common, are coming out at the same time, look amazingly strong from the gate, but their first features were a little too safe, were clinging a little too hard to the genre.  Both their debuts were too horror for my taste, I wanted them to go in a more metaphoric direction; what’s great in both cases is that they did exactly as I asked with their second offerings, and I’m so pleased to see the paths they’re now going down.

Lighthouse was a giant mind game, one huge metaphor, refused to play nice, and that, to me, is why it worked.  You can read into the message in many ways; masculinity, loneliness, repression, guilt.  But I saw it as a God/Father vs Mankind/Son tale, with the light being knowledge, the rock being Earth, humans pulled in so many directions by a mad deity; again, see it in your own way, and I don’t mean everything shown is literally one part of real life or another, just sharing how I generally sensed the point.  Pattinson was bonkers in a good way, when isn’t Dafoe, and both men played off each other so well, riding the waves of insanity that got stronger and stronger as the story unfurled.  The Lighthouse is somehow one of the toughest movies of the year, unyielding and forceful, while definitely also being one of the oddest too, unique and brooding, a combination that had me standing to applaud.