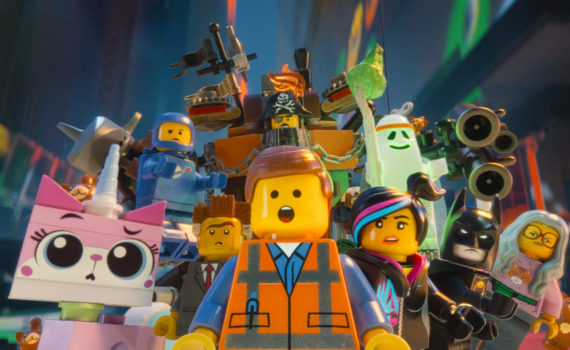 The second Lego movie has a different director than the first, which is incredibly important and painfully obvious.  Phil Lord and Christopher Miller are complete lovable idiots, and their stuff is ultimately enjoyable, if ridiculously over the top.  Their humor works perfectly in a kids movie because they are boys who never grew up, and yes that gets tiresome after a while, but in small doses that can mean a ton of fun.  They wrote the screenplay for this film, but they passed the director’s chair over to Mike Mitchell, the guy who brought us Deuce Bigalow, Sky High, Shrek Forever After, Alvin and the Chipmunks: Chipwrecked, The SpongeBob Movie: Sponge out of Water, and Trolls.  After reading that list, is anyone surprised that he ruined what was shaping up to be a solid children’s franchise?  Lord & Miller have done their fair share of ludicrous, but they didn’t go full Deuce Bigalow, which is a place I don’t think you make it back from unchanged.

Emmet and his crew may have saved Brisksburg from the Cragle, and a father & son may have learned wonderful lessons together, but that doesn’t mean the end of The Lego Movie was exactly happy.  The perfect world in the basement was opened up to new ideas, which was great, but it was also opened up to The Sister, and that might mean a little more radical change than anyone is ready for.  Lego Duplo invades and begins attacking anything that looks remotely cute, leaving a wasteland where once everything was awesome.  Five years later, Emmet and his friends live in a post-apocalyptic desert where nothing is any fun, and it gets worse when a space invader comes and takes away the people who our hero loves most.  A battle will ensue for the fate of the universe, with an Ourmomageddon waiting on the horizon to stop the fun once and for all, which no one wants, but everyone might be powerless to stop.

What a disaster, and I don’t mean any of the hundred times the characters crashed, fell, or failed; well, no, those too.  But the real failure was on the part of the director, who let the animated personas run loose across an endless landscape, and while that might sound fun to the child within you, it won’t be quite as enjoyable to the adult watching.  It was literally a brother and sister playing imaginary games with Legos for two hours, but instead of being able to walk out the door or even look at your phone you had to stare at every storyline they produced from their teeming minds and pretend it was the best thing ever.  I don’t know about you, and I love my kids, but I’m glad I don’t have to enter their weird worlds as much as I used to, because only they understand them and only they find them funny.

This story was just that; an unfunny mess of ideas and action that could only have been cool to the people who thought it up.  Lord & Miller have a great sense of youth and exuberance, and that’s great, but someone was needed to be the grownup in the room and control the game, and Mitchell was powerless to stop the madness.  So every plot you could throw in was included, no expenses spared, and the result was utter chaos.  The musical numbers, which were unexpected and unneeded, only added to the muddiness of the story, creating a whole different genre of film that I’m not sure needs to exist.  There were too many characters, too many scenes, not enough cohesion, and my god was Tiffany Haddish awful as the villain; aren’t her 15 minutes up yet?  The credits were by far the best part of the movie, one because they were genius but two because it was finally over, this wild romp of childish excitement that needed to be guided, like the first in the franchise, down a path that made at least a little sense.  My kids had a good time, that’s something, their opinion matters here, but I wish I could have had fun too, which wasn’t possible given how much of my taste level I would have had to abandon.