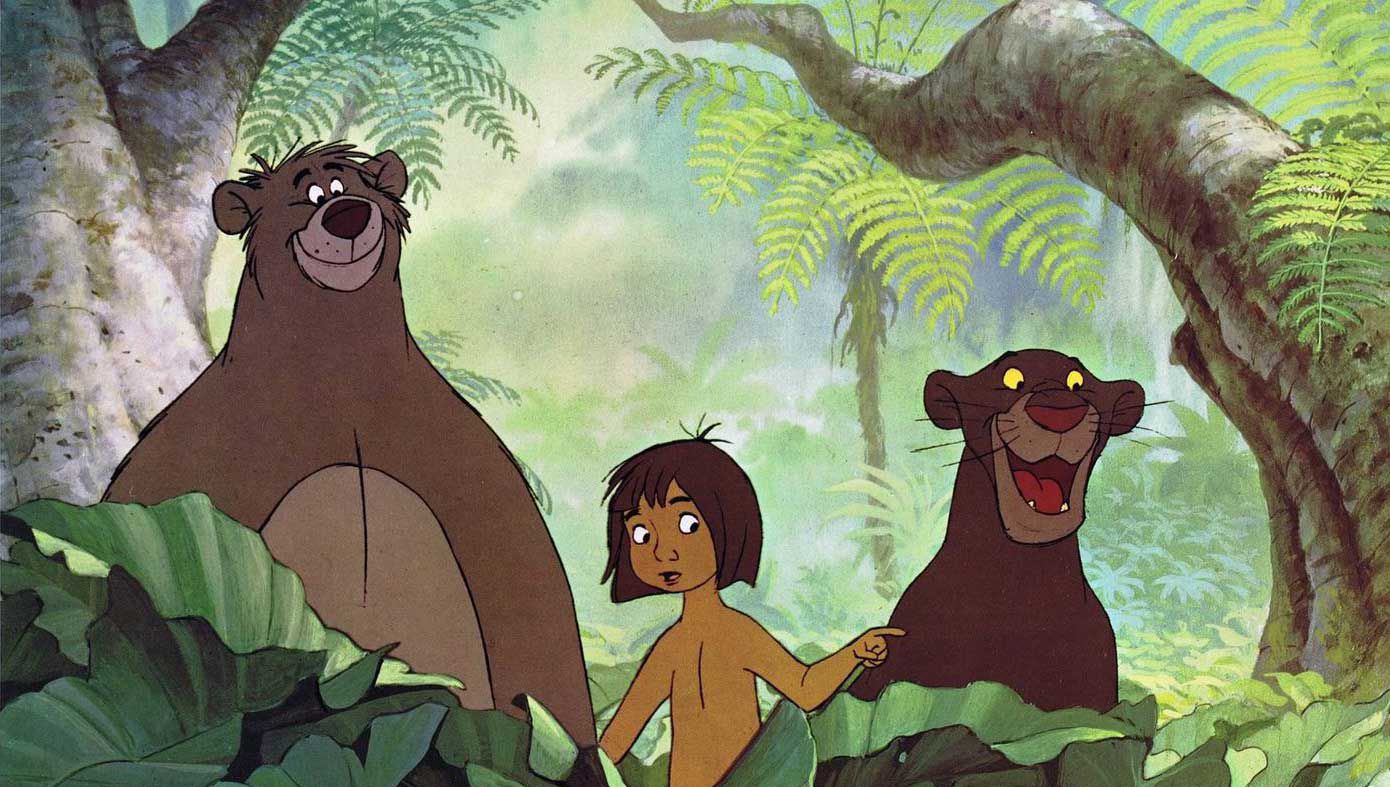 I don’t know how this movie has slipped my review, I’ve seen it a million times, and it’s among my absolute favorite Disney classics.  So let’s remedy that mistake and make an official critique, which will probably amount to “this movie is lovely and if you don’t think so I mourn for your childhood.”  You know what haven’t been lovely; all the Jungle Book remakes, even when they were kinda good they were kinda bad, because we never really needed them, since the original is so great.  We could say that about all the Disney remakes, probably, and we should, because they need to just stop already, but that’s neither here nor there.  Let’s just enjoy this magical musical; its like will most likely never come again.

Mowgli is a boy raised by the jungle, since he was found alone by a panther named Bagheera, who gave him to the wolves for safe keeping, not being able to bring himself to abandon this tiny little Man Cub.  Humans mean danger, but Mowgli was just a baby, and he grew to be a friend to all creatures, learning the ways of the jungle just like any other animal.  But he’s not any other animal, he will some day be a Man, and the fierce tiger Shere Khan wants him dead before he can come of age and enter a life of violence.  So Bagheera begins a journey to take Mowgli to a nearby Man village, whereupon he meets the irascible Baloo, the always-hungry Kaa, and the frivolous King Louie, showing that, while the jungle can be treacherous, it can also be a place of laughter and of friendship.

The Jungle Book is so spectacular you’ll need to watch it a dozen times just to get enough of into your veins that you feel satisfied.  I guess that’s why it’s been remade so often, mimicry is a form of flattery after all, but no one has been able to capture the magic quite as wonderfully as the original did with seeming ease.  It’s just so smooth and relaxing, a classic that doesn’t need to dumb down to entertain, but at the same time is filled with fun and frolic, with joyous scenes that have become the stuff of legends.  And, of course, the music: the jungle theme, Trust in Me, The Bare Necessities, I Wanna Be Like You, That’s What Friends Are For, the beautiful My Own Home.  It’s a great soundtrack, has great characters, such colorful animation, and real heart, that stands out clearly against a backdrop of pure beauty and timeless enjoyment.