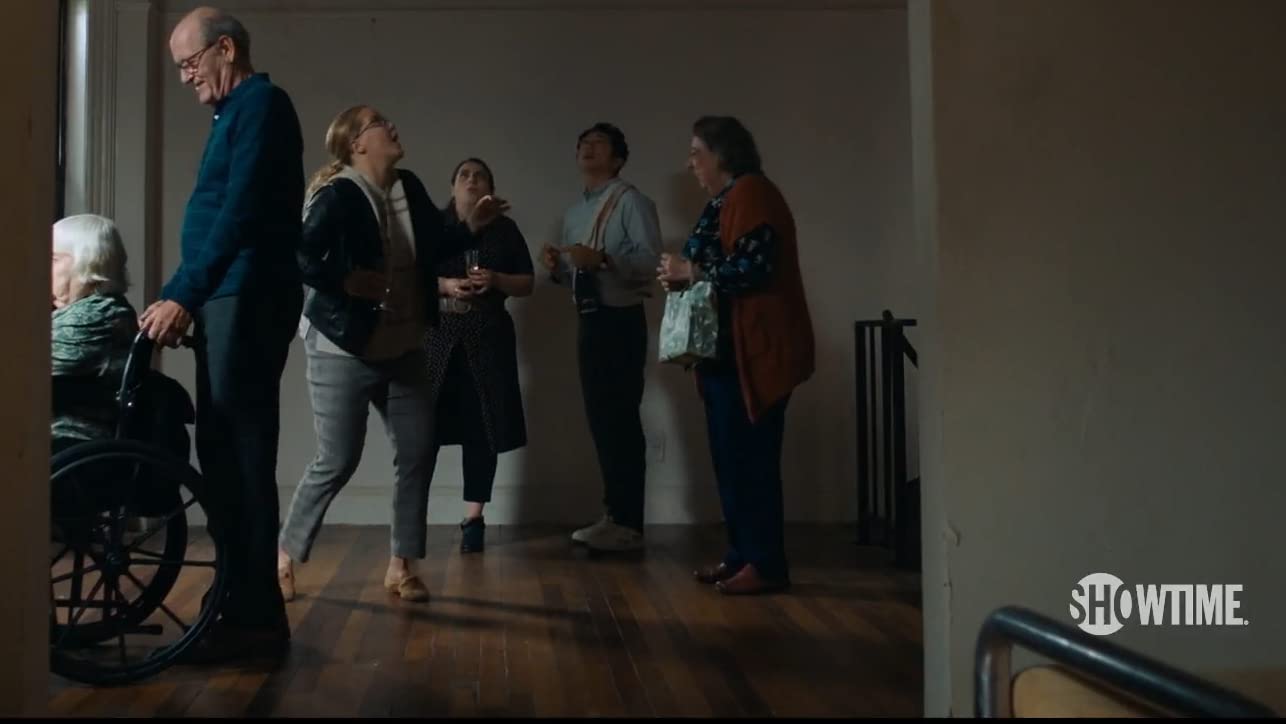 Like Death of a Salesman meets A Ghost Story, with a little bit of Mother! thrown in for good measure, The Humans is a stage play that uses the idea of the supernatural to metaphorically speak on deeper topics, while exhibiting plain, ordinary, often-chaotic life at the forefront, until we don’t know exactly where to look.  On the surface, it’s a dysfunctional family; one floor down it’s a man’s castle crumbling around him as he loses his grip on everything he’s ever loved.  Needless to say, this film is one you have to fall hard into and want to study, because it isn’t simple, but it’s definitely worth the time.

Coming together for Thanksgiving in their daughter’s new, old New York City apartment, where she also introduces them to her boyfriend and the life she now intends to lead, the Blake family attempt to pass an evening in relative normalcy, but their collective problems can’t be kept from greedily rising to the surface to dine with them.  Mom & Dad aren’t getting any younger, grandma doesn’t know who anyone or even herself is any more, and the two grown daughters have so many of this own issues and resentments at their parents that it will be impossible to ignore the tension for long.  And, all the while, the apartment creaks, leaks, breaks, rebels, and generally decays around them, showing them all how life sometimes just can’t be repaired.

Adapted from a stage play, The Humans comes off as an exhibition for a voyeur audience, an uncomfortably private invitation into the lives of these folks, as they blunder, cry, use the bathroom, make mistakes, and generally fuck up.  It’s awkward, it’s strange, it’s funny, it’s grotesque, and it’s heartbreaking; it’s life in a nutshell.  And then, behind the scenes, as the father loses his hold on his family, the house seems haunted by the ghost of everything he has killed the last 40 years, everything he has jeopardized by his bad decisions.  It’s an onion of metaphor and stark reality, sometime hilarious because you see your own family in this one, sometimes so sad because you can see how fragile it all is.  A very well-made and poignant representation of modern life, The Humans is a 2021 film that glided under the radar but shouldn’t have.