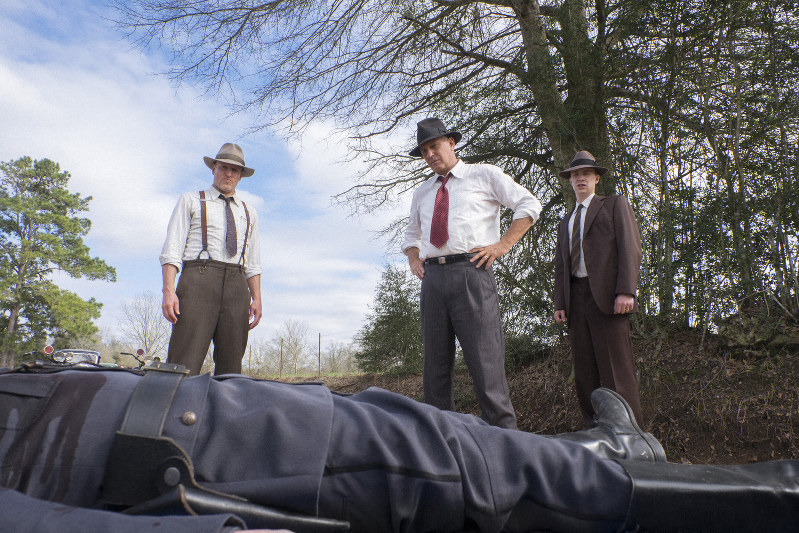 With a Road to Perdition feel but a McFarland USA simplicity, The Highwaymen debuts on Netflix to a smattering of applause, which is exactly the lukewarm sentiment it deserves.  Hancock is the director of mediocre movies and he cast his two leads with mediocre actors, setting this film up not to fail, most assuredly, but definitely not to succeed either.  The Rookie, The Alamo, The Blind Side, Saving Mr. Banks, The Founder; I’d say that Hancock has been improving over the years, but slowly and safely, not with any sort of daring that would make his skill stand out, which is a strategy I guess, but not one I would like to think that I would administer if I were in his shoes.  His actors match his fervor, or lack thereof, and the result is something solid, but in no way spectacular.

The legend of Bonnie & Clyde is well known, two young criminals on the run during the Great Depression, and their reputation became celebrity, earning them a following, some fandom, and even, perhaps, forgiveness.  But these were cold-blooded killers, make no mistake, and their crime spree left many dead in their dust, often including police officers doing their duty, protecting the civil order and the community.  When the pair of outlaws crossed a violent line one too many times, the governor of Texas, Ma Ferguson, recalled a retired Texas Ranger named Frank Hamer, tasking him and his longtime partner Maney Gault with catching Bonnie & Clyde before they killed again.  So began a hunt that would end in a blaze of gunfire, as these infamous and uncatchable killers finally met their match.

Hancock plays it safe, with solid stories and stolid actors, a recipe for good but not great.  Like I said, he’s been improving, but his ceiling is low, because he doesn’t take risks and he doesn’t hire polarizing talent.  Costner and Harrelson were able to do the job of playing Texas lawmen just fine, of course they were, but they won’t surprise, and they definitely won’t often make you do anything but yawn.  The entire film was a bit sleepy, a bit long and slow, heading to a finale that you knew was coming, either because you knew the story or because you could simply feel it.  I will say, however, that the slow burn grew on me after a while, and I felt myself drawn in rather than shut off; I give some credit to the music, the cinematography, the art, the scenery, all the periphery, because it worked when the people putting on the show were simply there saying their lines, not elevating in any way.  But I did get into a groove by the end, I did learn to appreciate some of the smaller details, so for that I give The Highwaymen its due.