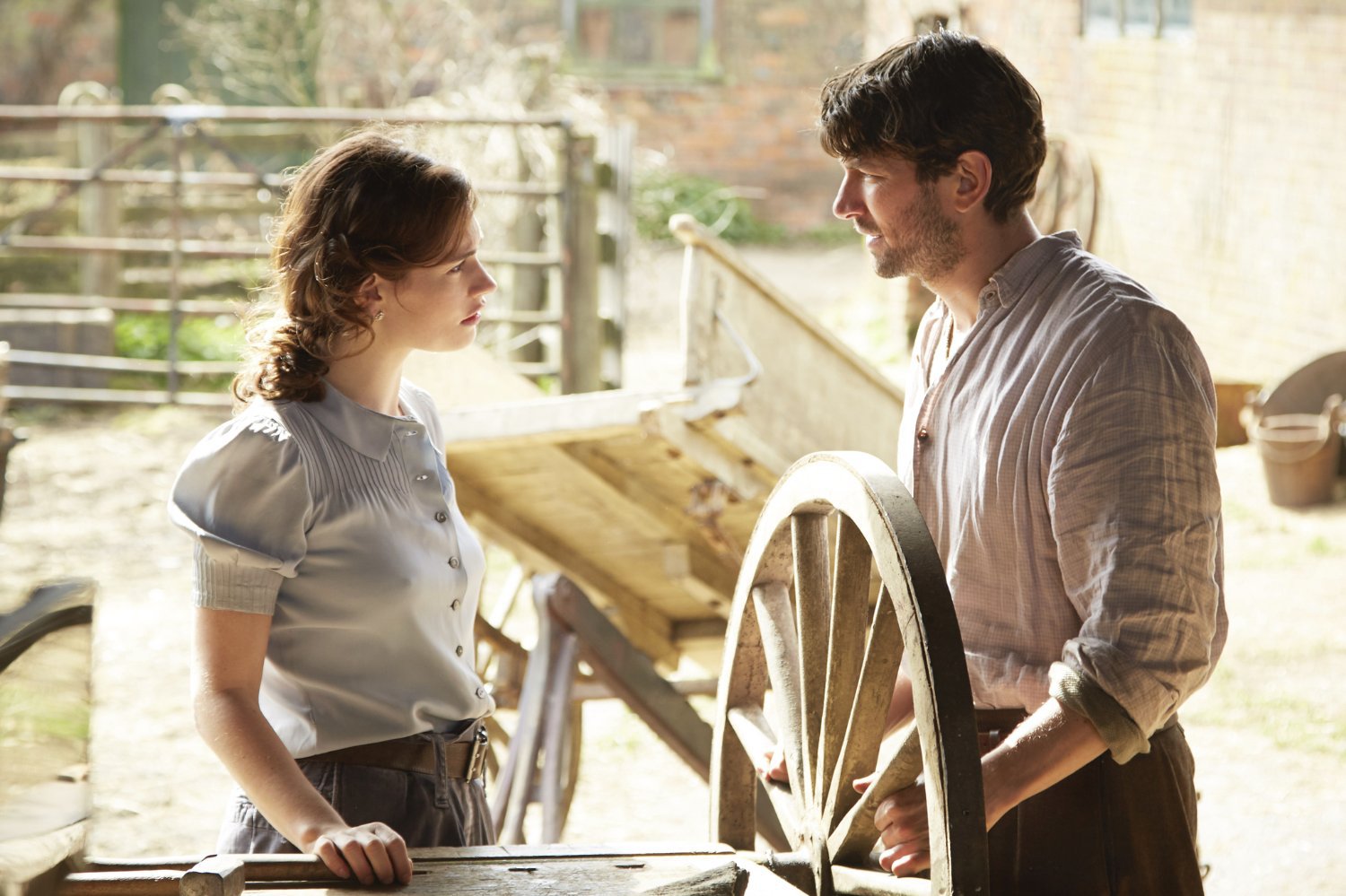 Downton Abbey Goes to the Movies, or something like that, as multiple familiar faces pop up in this straight-to-Netflix film.  They bring an easy, classic, British comfort to a movie that cringes behind a strange title and relative anonymity, lending credit to an otherwise dubious affair.  But don’t let the name bother you; it’s straight from the book, so blame the authors.  You’ll swear that this is historical nonfiction, that the film is based on the main character’s actual story, but that’s not the case; this novel was written in 2008.  So it’s historical fiction, or realistic fiction, I don’t know the difference, and it doesn’t really matter.  The result is the same; a wonderfully weird feature that carries with it a sense of timelessness and nostalgia for an age of real romance, a throwback to Wuthering Heights set atop the cliffs of the Island of Guernsey.

Successful young author Juliet Ashton has made a small fortune writing silly, witty essays, but longs to immerse herself in something more important.  England is back on her feet following the end of WWII, in which Juliet lost her parents and so many lost so many others.  But healing happens whether or not you’re ready; it’s only natural to move on.  Juliet stumbles upon a group trying to do just that, a book club from Guernsey who survived German occupation partly because of the joy and hope and adventure they received from reading.  But the memories of that time are still painful, and when Juliet begins to ask questions about their experiences for an article or book she hopes to write, she suddenly finds them less friendly.  There are secrets on the island that perhaps should remain hidden, scars from the second Great War that will never fully heal.

I loved the nod to the past that was written all over Guernsey, a nod that was inclined toward so many directions.  It touches on the war, occupation, Jewish slaves, Nazi sympathizers, families torn asunder, and all the terror of that time.  It brings that beautiful, old culture to life; the carts, the cottages, the cardigans.  And it also takes its tone from classic literature, weaving a romance that would seem cheesy in a modern movie, but somehow fits perfectly in one that feels a hundred years old.  There’s a sweeping freshness to the story, to the way it was presented, and to the way that it ended, a careless and hopeful mood that could not have been easy to pull off, that could be cynically pushed aside by stodgier audiences.  And then there’s the cast, which was brilliant.  Lily James is just so lovely, so effortless, so timeless; she always blows me away.  The Society was made up of strong actors, including Tom Courtenay and Penelope Wilton.  And Downton was well-represented; James, Wilton, Matthew Goode, Jessica Brown Findlay.  Guernsey is quietly one of the better films of 2018, both a fantastic love story and a peek at an obscure part of history, blended together seamlessly by a veteran director and played wonderfully by a smartly-selected cast.