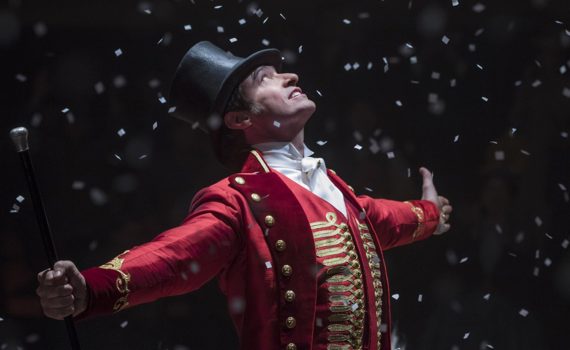 You should know that I like musicals.  I’d go so far as to say that I love them.  I like live theatre, I like Broadway shows, I like when they’re adapted into movies, I’m always ready to enjoy musicals in whatever form they take, because it takes a ton of work to create something so full of sound and character.  And I can appreciate a variety; Sondheim, Hamilton, the classics, modern musicals, bring ’em all on.  I want to make this clear so that you know that when I explain to you how much I hated The Greatest Showman, you’ll know that I’m coming from a place of moderate education/experience/exposure, and not despising something that I simply didn’t understand.  No, I’ve seen my fair share of movie musicals, I know how excellent they can be, which made this one’s failure all the more upsetting.

P.T. Barnum grew up with nothing, was treating like nothing, knew that nothing good was coming his way, but was somehow determined to become something special one day, to rise up the ranks and show all those rich snobs born with money that any man can become the figure he dreams of being if only he refuses to quit climbing.  He married a beautiful woman, Charity, had two lovely daughters, scratched for his family’s survival, but always planned something better, something bigger.  He opened a showcase of the exotic and macabre, but it wasn’t until he discovered the unique individuals of the city in which he lived that his show really made it big.  These “freaks” drew in the crowds, and Barnum’s circus was finally the spectacle he envisioned.  But fame comes at a price, and keeping hold of your publicity once you’ve had a taste is harder still. It’s like a recipe for a dish that should taste good, but when you bite into it you spit it out immediately; no words of mine can describe how awful this movie is, you’d have to taste it for yourself.  But I’ll try my best, and I’m only too eager to give you reasons to stay as far away as possible.  First, the music is terrible.  Every song seems written for the American Idol winner; cheesy, stupid, dramatic, unoriginal.  And then there are the singers.  Remember how Les Miserables attempted to make everything seem more believable by not using a sound studio, by letting the actors really sing right on set so we could feel their emotion?  Well they did the opposite here; every single note was auto-tuned, out of sync with the singers, and felt like it came from a million miles away in some amateur’s garage.

The entire movie felt amateur, that’s the right word, from high school-caliber choreography (step on a stool, step on the bar, turn, jazz hands, brilliant!) to under-developed characters who were absolutely nothing more than their fake beards and bellies, which was exactly what the moral of the story was telling us not to focus on.  And I can’t conclude until I comment on Michelle Williams, who gave perhaps the poorest performance I have ever seen on screen.  Her role was dumb, her singing was bad, her dancing was laughable; if I were her I’d be so embarrassed that I might simply have to call it quits.  The Greatest Showman is everything a musical should not be, and I’d be concerned for the taste level of anyone who thought it was even passable cinema.  Its songs are catchy, that’s what pop does to people, but that doesn’t make anything about this picture something worth watching; in fact, that’s just one more trick from this fraud of a show.